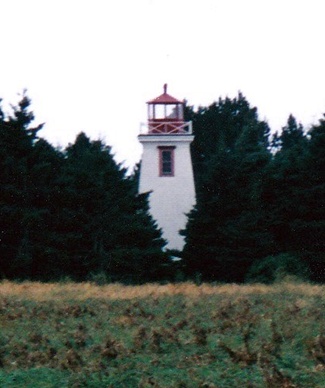 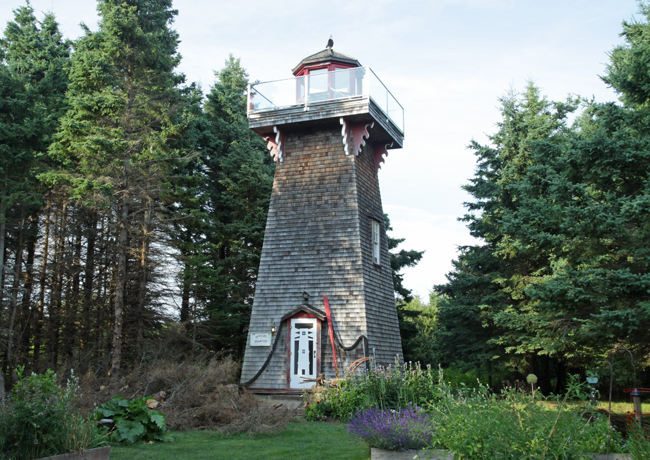 Modern maps of Prince Edward Island still show the old townships into which the island was divided starting with Lot 1 at North Cape, the northwest tip of the island, and ending with Lot 64 at Murray Harbour, the southeast portion of the island. From 1784-86, several land grants in Lot 17, which encompasses modern-day Summerside, were given to loyalist refugees, who remained faithful to the King throughout the American Revolution. Among the refugees who took up residence in Lot 17 was Daniel Green, who received a 500-acre track on the northern shore of Bedeque Bay that was later known as Greens Shore. Daniel Greens son Joseph was running an inn in the area when Colonel Henry Compton traveled to Greens Shore around 1840 on a bitterly cold day. Just as he was approaching Greens Shore, the sun emerged leading Colonel Compton to proclaim, its like the summer side of the island here. Joseph Green liked the sound of the phrase and soon placed a sign over his door welcoming guests to the Summerside Inn. Greens Shore later changed its name to Summerside, and the town was incorporated under that name in 1877.

Summerside experienced its first real boom when Joseph Pope relocated his shipbuilding from Bedeque to Summerside, where larger vessels could be launched. Others soon joined in the trade, and Summerside was established as a prominent shipbuilding center.

The 1855 Journal of the House of Assembly for Prince Edward Island records that Silas Barnard, Supervisor of Public Works for Prince Edward Island, was paid to inspect a light established at Greens Shore the previous year, while Patrick M. Power was paid several pounds for attending the light and for supplying the necessary materials and oil for the lamp. Patrick Power kept the light, which was located on Queens Wharf, from 1854 until 1859, when Robert Ellis assumed responsibility for its operation.

Robert Ellis was paid £11 in 1861 for building a new lighthouse on the public wharf. This work consisted of lengthening the mast, which raised the light ten feet higher, and painting the mast and housing with two coats of paint. In 1874, after Prince Edward Island joined the Confederation, it was noted that the tower was so low that vessels often obstructed it. A new open-frame tower that exhibited a light at a height of 32 feet above the wharf was recommended, and Parliament appropriated $900 for this project, but the old tower was instead relocated to the end of the railroad wharf from where it was more readily visible.

This single light was serving Summerside Harbour by itself when it was recommended in 1876 that a forty-five-foot-tall tower be placed on Ellis Point to range with the tower on the railway wharf. At the same time, a light on Welland Point was also proposed so that vessels approaching the harbour could steer for it until the range lights were brought into alignment to guide them safely into the harbour.

When Mr. Tomlinson, General Superintendent of Lighthouses, visited this station in 1877, a freight house was under construction on the railroad wharf, and he recommended that a tower be incorporated into the north end of the structure to replace the existing lighthouse. Patrick McVeigh first exhibited this new light on October 22, 1877.

In 1895, the large ferry steamers that operated between Summerside and New Brunswick were finding it hard to locate the entrance to the harbour at night, so the rear range light recommended almost two decades earlier was finally constructed and placed in operation. When built, the rear range tower was a square, pyramidal, open-frame structure with its seaward face boarded and painted white to serve as a day beacon. This tower, located on the farm of John and Geroge Staver roughly a mile southeast of the railway wharf light, stood 17 metres (56 feet) high from the its base to the weather vane on top of its square, red lantern. The front light was changed in color from fixed white to fixed red on the range line and fixed white over the head of the wharf.

The Summerside Rear Range Lighthouse was built at a cost of $225 by Milton Walsh and was put in operation on September 5, 1895. John and George Stavart were paid $35 for the land on which the tower was erected. The light successfully fulfilled its purpose, as the captain of the mail and passenger steamer Northumberland stated that he could bring his vessel into the harbour at full speed irrespective of the condition of the night. The Indian Head Lighthouse had been established in 1881 to guide vessels to the entrance of Summerside Harbour, from where the new range lights could be used to guide vessels to anchorage off Holmans Wharf.

In 1904, the rear range tower was enclosed and painted white under the supervision of Milton Wash. A new enclosed tower was built in 1913 for $221.96 to serve as the Summerside Front Range Lighthouse. The following year, $587.37 was expended for purchasing a new site and relocating the rear range tower to this land, likely so the rear light was properly aligned with the new front tower. In 1916, the back range tower received an addition at an expense of $212.63 to increase the height of its light. This work resulted in the tower having the rather unique feature of a lengthy square neck between its lantern room and the top of the pyramidal portion of the tower.

Fred Muttart served as keeper of the rear range light from 1912 until he was dismissed for inattention to duty in 1936. Harry Heckbert then took charge of the light and looked after it until it was automated in 1952.

The wooden front range tower remained in use until 1961, when it was replaced by a skeleton tower and the services of Albert Ferguson, its last keeper, were discontinued. The tower was subsequently relocated to MacCallums Point by the Clark family, where it was to be a focal point in a park. This plan, however, didn't work out, and the tower was relocated a short distance away.

A faux lighthouse, which once served as a tourist attraction/information centre in the Albany-Borden area, is also located on MacCallums Point, where it has been incorporated into a cottage. This lighthouse can be viewed from the breakwater on which the Indian Head Lighthouse is located.

The Summerside Rear Range Lighthouse remains in use today and now features a vertical red stripe on its seaward face. This tower is 20.1 metres (66 feet) tall, displays a fixed green light, and ranges with a square, skeleton tower near the outer end of a wharf in the harbour.

For a larger map of Summerside Range Front Lighthouse, click the lighthouse in the above map.

The top portion of the lighthouse is visible from Highway 112 that leads to MacCallums Point.


From a pier in Summerside, it is possible to get a view of the modern front range light that serves with the historic back range light.