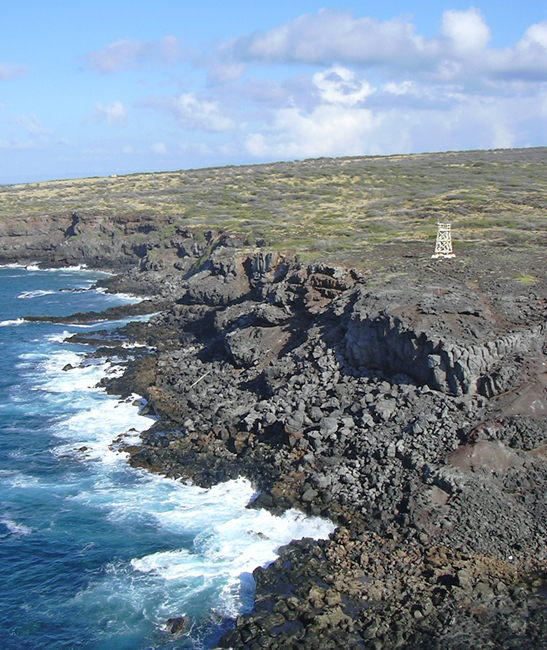 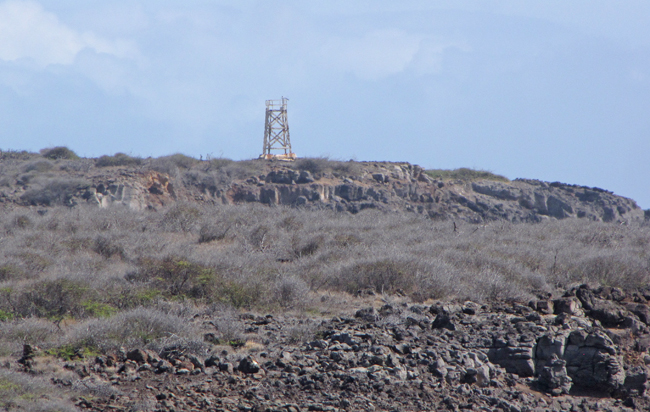 Kahoolawe, the smallest of the eight volcanic Hawaiian Islands, has had a most interesting past. Kaahumanu, the favorite wife of King Kamehameha I and ruler following his death, issued an edict in 1829 stipulating that all followers of the Catholic religion were to be banished to Kahoolawe. Men guilty of rebellion, theft, divorce, breaking marriage vows, murder and prostitution were also sent to Kahoolawe, while women guilty of the same crimes were banished to Lanai. Kahoolawe continued to serve as a penal colony until legislation banning the practice was passed in 1853.

Starting in 1858, Kahoolawe was leased by the Hawaiian government to ranchers, who introduced sheep on the island. Over the next few decades overgrazing denuded parts of the island, allowing the wind to blow away the precious topsoil. After Hawaii was annexed by the United States, the island was set aside as a forest reserve in 1910 in hopes of revegitating the barren land. The continued presence of wild goats thwarted this effort, and in 1918 the island was leased to cattle ranchers Eben Low and Agnus MacPhee who formed Kahoolawe Ranch with Harry Baldwin, a Maui businessman.

Under executive order 308 issued on December 13, 1927, twenty-three acres on the southwest point of the island were set aside for lighthouse purposes. The following year, a forty-foot tower was erected providing a focal plane of 140 feet for a flashing white light.

In 1941, Kahoolawe Ranch subleased a portion of the island to the U.S. Navy, but seven months later, when the Japanese attacked Pearl Harbor, the military assumed control of the entire island under martial law. The island was used for practicing ship-to-shore bombardment in preparation for landings throughout the Pacific. As the bombing became more intense, the light was officially discontinued in 1944. After the war, the military did not relinquish control of the island. Rather, executive order 10436, signed by President Eisenhower in 1953, reserved the entire island for naval purposes save the acreage already set aside for the lighthouse, which had been reestablished in 1952 after the navy declared the tower to be outside its target area.

Kahoolawe was used for bombing practice during both the Korean and Vietnam Wars, and only after a lawsuit was filed by Protect Kahoolawe Ohana in 1976 was pressure put on the government to cease the practice. In 1990, President George H. W. Bush issued an order that halted the bombing and led to the island being turned over to the State of Hawaii in 1994. The U.S. Congress allocated $400 million for removing unexploded ordinance from the island and rejuvenating its environment. The Kahoolawe Island Reserve Commission was established to oversee the restorative effort and pledges that the island will henceforth be used for the purposes of the traditional and cultural practices of the native Hawaiian people.

The present, twenty-foot light tower was placed on the island in 1987.

For a larger map of Minor light of Kaho'olawe - Kaho'olawe Southwest Point Lighthouse, click the lighthouse in the above map.

Kaho'olawe Island is not accessible to the general public, but can typically be seen from Maui and Lana'i. Access to the island is controlled by the Kahoolawe Island Reserve Commission.