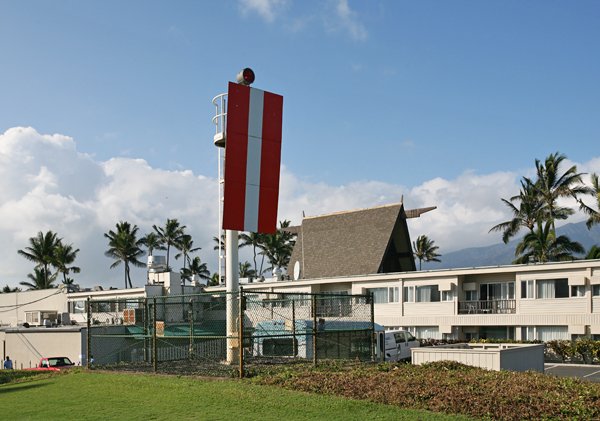 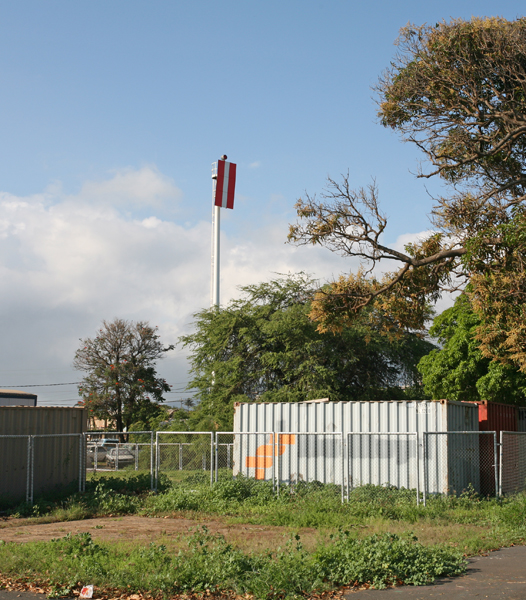 In 1902, one year after Hawaii became a U.S. territory, a congressional subcommittee published a report, entitled Hawaiian Investigation: Aids to Commerce, Improvement of Harbors, Lighthouses, Buoys, and Public Buildings, which began with the following line: The coasts and harbors of Hawaii are woefully deficient in lighthouses. The subcommittee recommended several new lights, one of which was to mark the harbor at Kahului:

There is at present no light of any character on this coast of the island of Maui. There is a dangerous coral reef close to the entrance of Kahului Harbor, where many vessels land, and the approach to the harbor at night is unsafe and dangerous. The only aid to commerce at this harbor at present is a single buoy, maintained, as we were advised, at the expense of the steamship companies. The plan for this new lighthouse is to construct it with concrete, with a stone tower, with lens that would make the light visible 19 miles distant.

The Lighthouse Board assumed control of Hawaiian navigational aids in 1904, but several years passed before the government addressed the need for lights at Kahului. In the interim, Wilders Steamship Company erected a pair of range lights to guide its vessels into the harbor. This helped navigation, but the lights were only maintained when the companys vessels were expected.

In 1911, a breakwater was completed to protect the harbor from swells that built up during periods of strong north winds, and an automatic acetylene light was established on the east end of the breakwater to mark the man-made obstruction.

The government eventually assumed control of the range lights at Kahului. In 1905, the front light and rear light were being displayed from rectangular, wooden structures mounted atop wooden, trestle towers. Today, Kahului Range Lights are exhibited from metal towers equipped with red-and-white-striped daymarks.

For a larger map of Minor light of Maui - Kahului Harbor Range Lighthouse, click the lighthouse in the above map.

Take Highway 32 to the harbor area in Kahului, and you will see the front range light on the grounds of the Maui Beach Hotel at 170 Kaahumanu Avenue. The rear range light is visible from the front light.