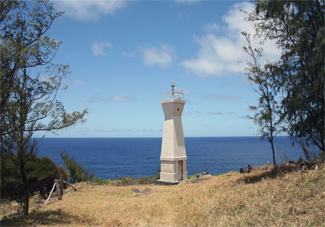 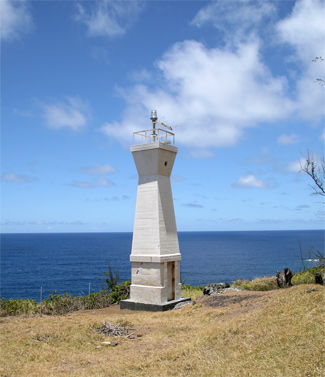 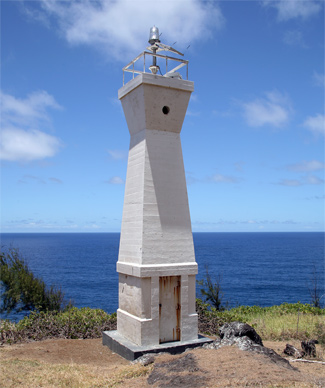 Most of the windward or eastern shore of the island of Hawai'i is lined by steep bluffs, rising to heights of up to four hundred feet. As ranches and sugar plantations developed atop these bluffs, a method for efficiently transporting cattle, sugar, and molasses off the island had to be developed. Fortunately, the water just offshore is deep, but the difficulties faced included how to securely anchor a vessel in open water so its cargo could be loaded and unloaded, and how to transfer the cargo from the bluff top down the vessels.

The solution to the problem was found in the 1890s in the form of "wire landings." Four mooring buoys were anchored offshore at roughly the points of a rectangle, and a vessel would tie up to the buoys using two lines fore and aft to securely hold the ship into the wind. Atop the bluff at the landing, a hoist house held equipment used for lowering and raising a trolley along a wire that ran from the hoist to an anchor on the seaward side of the vessel. For cargo that weighed more than two tons, a derrick landing was used, but this was advisable in only calm seas as it was difficult to quickly cast off when the wind shifted.

The Kukuihaele Landing, located on the northeastern side of the island just south of the Waipio Valley, was one of nine wire landings established along the windward shore. To mark the landing, the present thirty-four-foot concrete tower was built in 1937. Due to the height of the bluff on which it stands, the light has a focal plane of 154 feet. The Kukuihaele Light is the only remaining concrete light structure in Hawai'i which has an interior ladder used for accessing the lamp. This feature of the hourglass-shaped tower allowed the keeper from being blown off the tower by the high winds that frequently buffet the area.

For a larger map of Minor light of Hawai'i - Kukuihaele Lighthouse, click the lighthouse in the above map.

The roads which lead to this light are gated as the surrounding land is no longer planted in sugar cane but is used to pasture cattle.