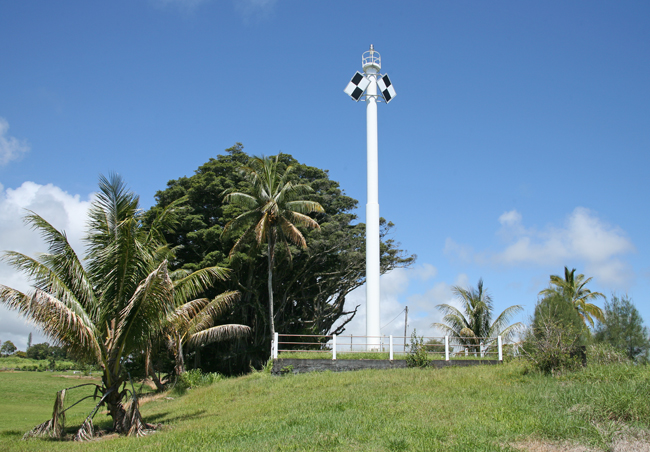 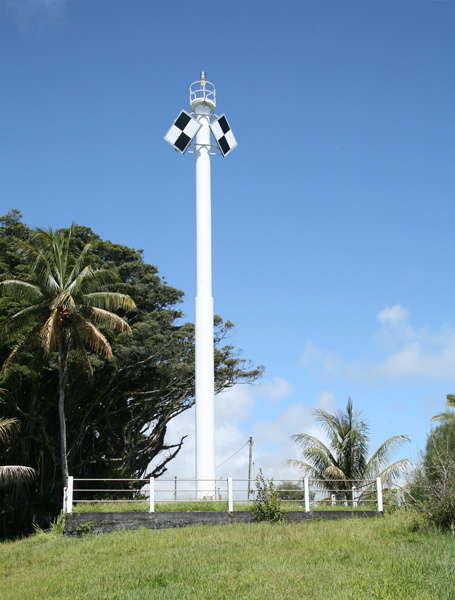 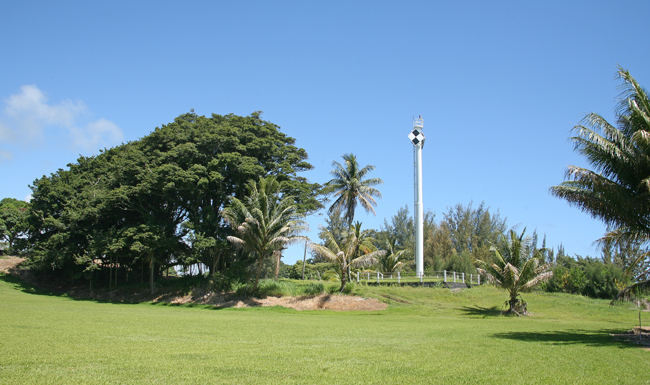 Alia Point lies just under nine miles north of Hilo on the eastern coast of the Island of Hawai'i. In 1897, Makahanaloa Light was established on a point roughly a half mile south of Alia Point. This beacon consisted of an open wooden-frame tower that stood forty feet tall and was surmounted by an enclosed lamp room. The light was kept by a worker at the nearby Pepe'ekeo Sugar Mill Company. Shortly after assuming control of the Hawaiian aids to navigation in 1904, the Lighthouse Board published the following description of Makahanaloa Light:

This is a fixed white sixth-order light, estimated to be 65 feet above high water. The light is shown from the bay window of a small room built at the top of a wooden trestle tower 40 feet high. There is no dwelling for keeper. The tower and oil house are in a dilapidated and unsafe condition. Minor repairs were made to this tower.

On March 1, 1907, a lens lantern was established on Alia Point to replace the old Makahanaloa Light. This new structure consisted of a white mast with a small white service house at its base and was known as Alia Point Light. The new name didn't last too long as the light was soon referred to as the Pepe'ekeo Point Light. Alia Point Light was displayed at a height of sixty-one feet above the ground and 124 feet about the surrounding water.

David Kalili was keeper of the light from 1908 to 1913, and he was followed by George Brockman, who served until the light was automated in 1917. At that time, the lighthouse was a seventy-five-foot pyramidal skeleton tower, and a keeper's dwelling was located just west of the light.

Sometime around 2004, the skeletal tower was replaced by a seventy-five-foot metal pole, which displays two diamond-shaped daymarks in addition to a light.

Continental Pacific LLC, an Alabama-based, New Jersey-registered company, has purchased the land around Pepe'ekeo Point from the former sugar-growing giant C. Brewer and plans to develop some ninety-three lots in the area. Eleven of these lots, known as Pepeekeo Point North, are along the shoreline and surround the light. The company has apparently stated that public pedestrian access to the shore at the point will be permitted.

For a larger map of Minor light of Hawai'i - Pepe'ekeo Point Lighthouse, click the lighthouse in the above map.

From Highway 19, just north of the town of Pepe'ekeo, turn east on Kaupakuea Homestead/Sugarmill Road and follow it for 1.5 miles towards the ocean. The road will pass an old sugar mill and then end at a fence short of the point. You can walk through a v-shaped gap in the fence to view the light.