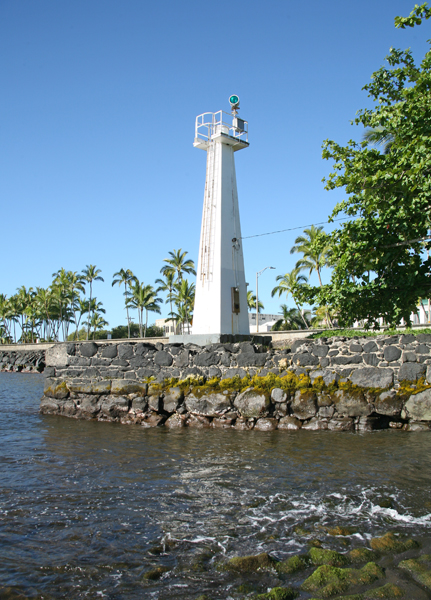 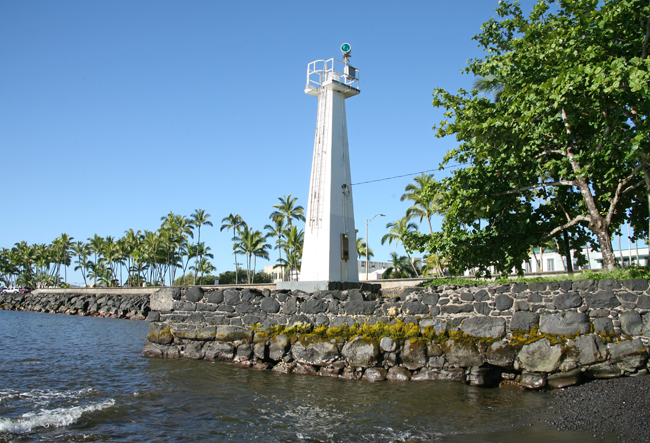 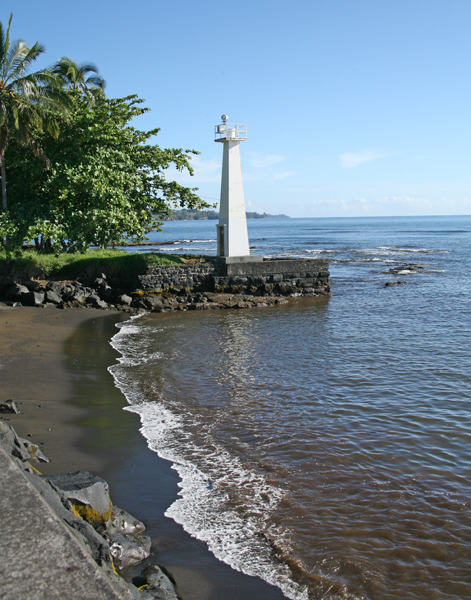 The first beacon at Coconut Point was built by the Hawaiian government on the southwest shore of Hilo Bay and was tied to the city's electric lines. In 1904, when the Lighthouse Board assumed control of the navigational aids in Hawaii, a new lens lantern light was established in a slightly different location atop the warehouse on the government wharf.

In 1908, the Lighthouse Board requested funds for a new light to mark the port at Hilo:

Hilo is the second port of importance in the Hawaiian Islands. Upon completion of the new breakwater now under way, the importance of this port will be greatly increased. During the last fiscal year shipments to noncontiguous territories and exports to foreign countries from Hilo amounted approximately to $5,287,654; merchandise received from the United States to $1,720,269; 69 sail and steam vessels, representing a gross tonnage of 81,725, entered and cleared the port. The present small fixed red lens lantern light, located on the old and dilapidated government wharf at the foot of Waianuenue street, is entirely inadequate for the requirements of the growing trade of Hilo, and should be replaced by a more powerful light. It is recommended that a fourth-order flashing light be established at some point on the shore of Hilo Bay.

John Fitzgerald served as keeper of the light from 1904 to 1910, when Ferdinand Mosher, the harbor master, assumed responsibility for the light. The pay in 1910 for keeping the light was $25 per month.

A concrete tower topped by an acetylene flash was erected on Coconut Point in 1915, and the present thirty-four-foot pyramidal tower was erected in 1975. The signature of Coconut Point Light is flashing green.

For a larger map of Minor light of Hawai'i - Coconut Point Lighthouse, click the lighthouse in the above map.

From the Hilo Airport, take Highway 11 (Kanoelehua Avenue) north for 0.7 miles. Turn left onto Highway 19 (Kamehameha Avenue) and after 1.5 miles, you will see the light on your right.