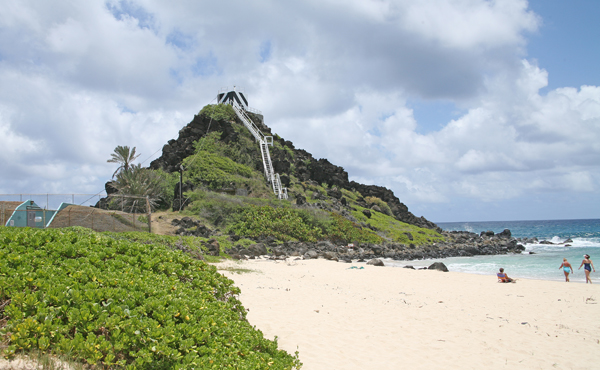 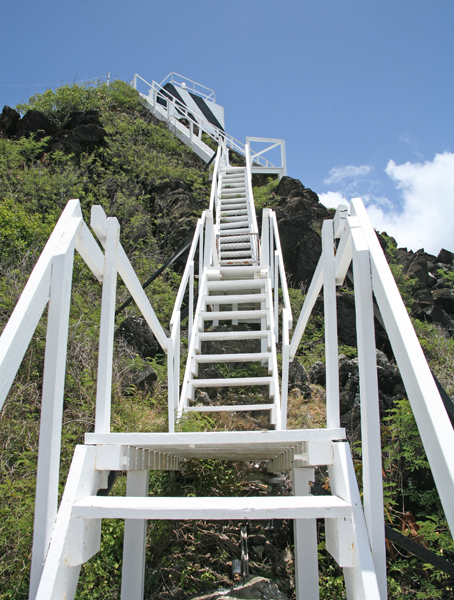 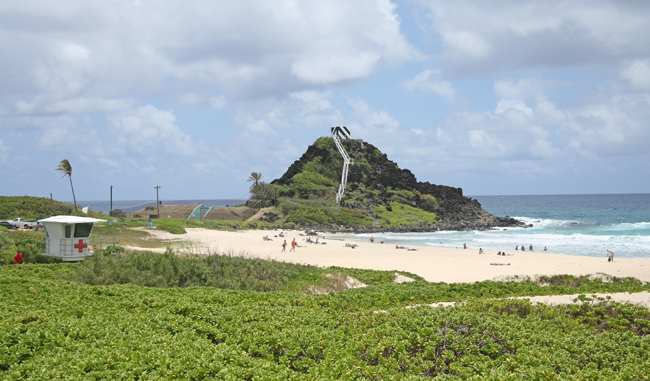 Kane'ohe Bay on the windward or eastern side of O'ahu is the largest sheltered body of water in the Hawaiian Islands. The 4.6-mile-wide mouth of the bay extends from Pyramid Rock on the Mokapu Peninsula at the southeastern side to Kualoa Point on the northwest side. Before exposure to the Western world in 1778, the Kane'ohe area was the most populated area on O'ahu.

Part of the Mokapu Peninsula was first set aside for military purposes in 1918, when President Woodrow Wilson reserved 322 acres for the U.S. Army. The U.S. Navy purchased the western side of the peninsula in 1939, and construction soon began on Naval Air Station Kaneohe. Dredging of the bay started in 1939, and in 1941 Pyramid Rock Light was established atop the natural feature on the northwestern point of the Mokapu Peninsula.

NAS, Kaneohe Bay was attacked by two waves of Japanese Imperial Navy aircraft on December 7, 1941, just minutes before the assault began at Pearl Harbor. Eighteen U.S. sailors were killed during the bombardment, and extensive damage was done to the air station and its aircraft. Following World War II, the Army soon left the peninsula, and the Navy followed suit in 1949. The marines established Marine Corps Air Station, Kaneohe Bay on the combined Navy and Army sites in 1952. In 1994, the Marine Corps consolidates all of its operations in Hawaii on the Mokapu Peninsula and renamed the facility Marine Corps Base Hawaii.

The Pyramid Rock Light currently consists of a light mounted on the roof of a square concrete workhouse, painted with distinctive black and white diagonal stripes. The light guides vessels into Kane'ohe Bay and overlooks a recreational beach for the marines.

For a larger map of Minor light of Oahu - Pyramid Rock Lighthouse, click the lighthouse in the above map.

As the light is on an active base, non-military visitors are not allowed access.