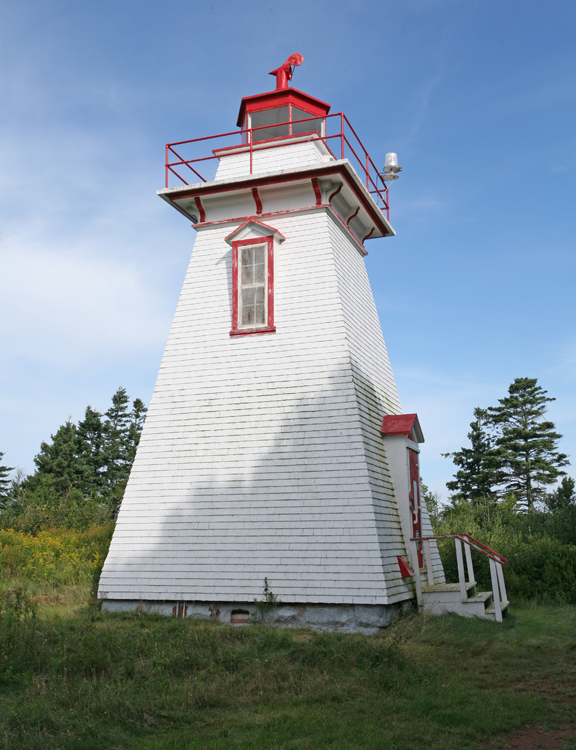 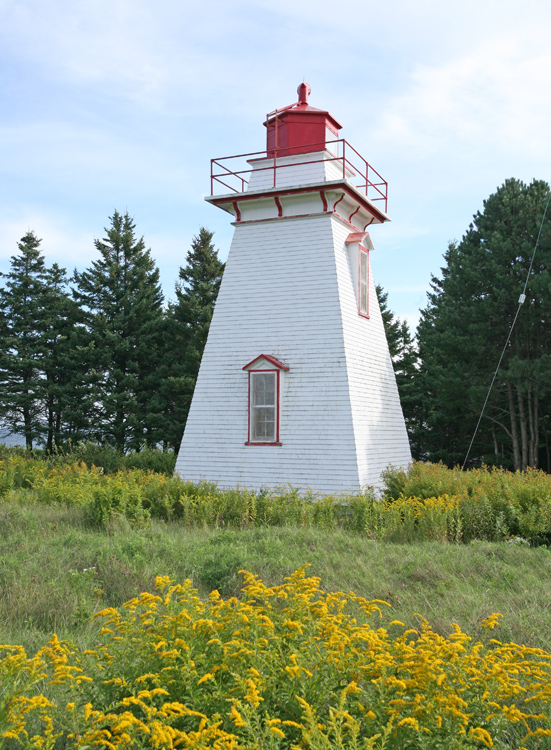 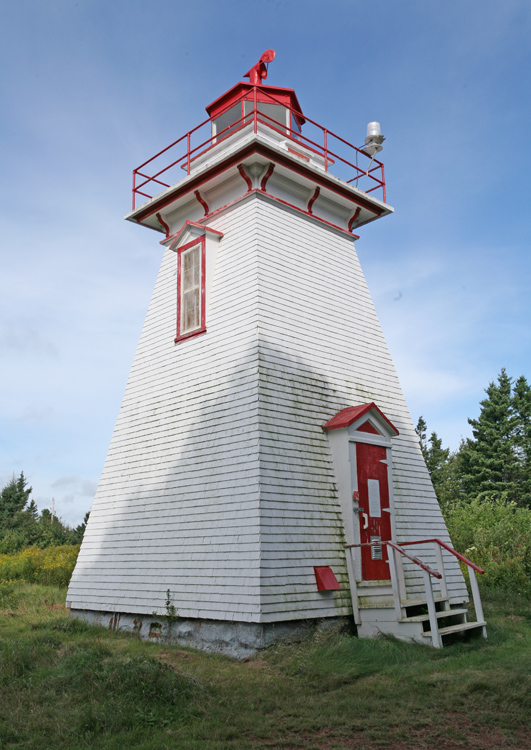 Baie Verte is a sub-basin of Northumberland Strait that is bounded on the north by New Brunswicks Cape Tormentine and on the south by Nova Scotias Pugwash Point. With an area of 770 square kilometres, Baie Verte is one of the large bays along Northumberland Strait, and it has a lengthy shoreline. Roughly midway along the bays southern shore is Coldspring Head, near the village of Amherst Shore.

The January 1890 edition of The Nautical Magazine announced, On the opening of navigation in the spring of 1890, a light will be exhibited from a lighthouse recently erected on Cold Spring head, southern side of bay Verte, south shore of Northumberland strait. It will be a fixed white light, elevated 60 feet above H.W. (high water), and visible, seaward, from a distance of 13 miles. Illuminating apparatus, dioptric, or by lenses, and of small power. The lighthouse, 36 feet high, is square in shape, and painted white, with the iron lantern surmounting it painted red. It is situated about 100 feet from the northern side of the head.

The tower was built at a cost of $894 under contract to J. Harvey Brownell, who also began serving as the first keeper of the light on April 12, 1890. After just thirteen months at the post, Harvey resigned, and was replaced by his relative Alfred Brownell.

At the time Coldspring Head Lighthouse was under construction work was well underway on the Chignecto Ship Railway, which was designed to haul ships on a railroad between Fort Lawrence on the Bay of Fundy and Tidnish on the Northumberland Strait. This seventeen-mile-long shortcut was designed to reduce the journey between the St. Lawrence River and New England by several hundred miles, as vessels would not need to sail around the Atlantic Ocean side of Nova Scotia.

Work on the railroad began in October 1888, but was never completed due to the 1890 collapse of Baring Brothers and Company, the London bank backing the project. When work halted, three-quarters of the project was complete, including the docks at Fort Lawrence and Tidnish, and thirteen of the seventeen miles of track. The failure to finish the project certainly diminished the amount of marine traffic that would otherwise have used Baie Verte, but Coldspring Head Lighthouse remained in operation for many additional years. In fact, the light was not deactivated until 2013.

For a larger map of Coldspring Head Lighthouse, click the lighthouse in the above map.

From Route 366 between Amherst Shore and Northport, turn towards the coast on Cold Spring Head Road. Take your first right, and then make and immediate left and continue until you see Coldspring Head Lighthouse on your left.