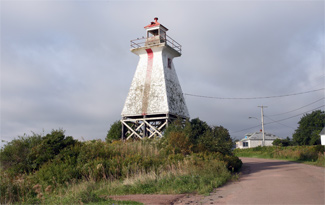 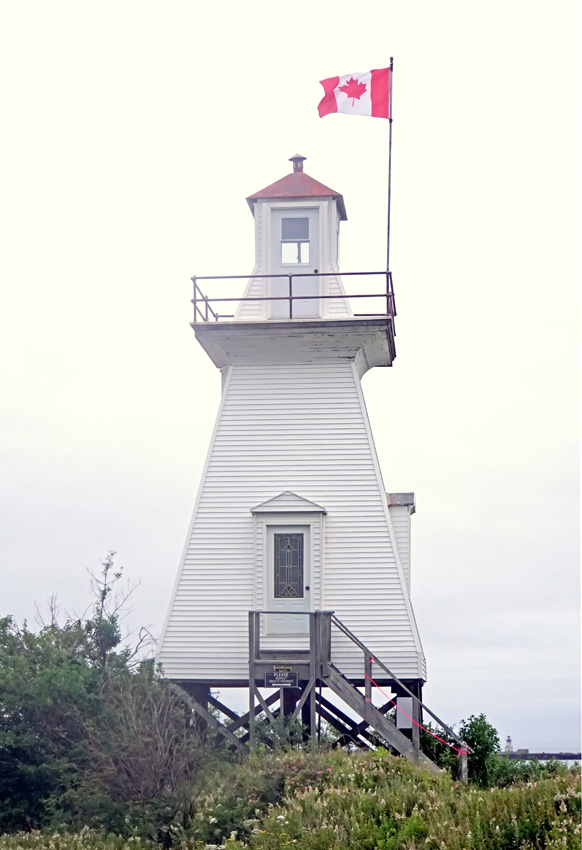 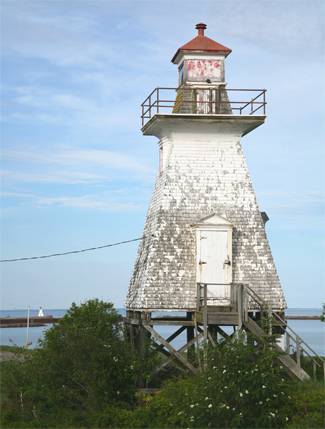 As part of the negotiated agreement that saw Prince Edward Island become part of Canada in 1873, the Dominion Government agreed to cover the cost of steam service for the conveyance of mails and passengers to be established between the island and mainland of the Dominion, winter and summer. Providing service in the summer was not problematic, but during the winter months, the Northumberland Strait was often packed with ice. Small vessels known as iceboats, which were sheathed in metal and equipped with two rudder-like metal runners on their bottom, were used to transport passengers and mail between Cape Tormentine and Cape Traverse starting in the winter of 1827. The iceboats were sailed or rowed across open water, and then pulled across the ice-covered sections by the crew and any male passengers who hadnt paid a premium fare.

In 1876, the Dominion Government introduced the steamer Northern Light to provide year-round service between Pictou, Nova Scotia and Georgetown on Prince Edward Island, but during the winter, the vessel was often ice-bound for weeks at a time. The New Brunswick & Prince Edward Island Railway was completed in 1886 from the Sackville station of the Intercolonial Railway thirty-six miles north to Cape Tormentine. Working with the iceboats, this new line helped provide a reliable winter mail route to Prince Edward Island.

The more powerful Stanley replaced the Northern Light in 1888 and nearly quadrupled the number of winter-time runs on the Pictou-Georgetown route compared to the previous year. The following winter, however, was quite severe, and the Stanley was stranded in port for over a month.

The Minto joined the Stanley in 1897, allowing the latter ship to be shifted to providing winter service between Cape Tormentine and Summerside, which was a much shorter route. In 1902, Artemis Lord, Agent of the Marine Department of Charlottetown, established range lights on the pier at Cape Tormentine to guide the Stanley into port. The front light of this range was fixed red and shown from a window in the eastern gable of a freight shed on the railway pier. With a focal plane of seventeen feet, the light was visible over an arc of 45° on each side of the line of range and could be seen for eight miles. The back range light was shown from a cupola rising from the middle of the ridge roof atop the iceboat house, a square, wooden building, painted drab, and situated at the shore near the inner end of the pier, 2,500 feet from the front light.

To help keep their vessels clear of the south end of Jourimain Island Shoal, mariners could align a diamond-shaped slatwork mounted on the freight shed with the steeple of the Cape Tormentine Baptist church. A large bell, rung by hand as a signal to the Stanley, was mounted on the east of a small building on the pier.

As winter steamer service to the island was often interrupted by ice floes, iceboats were still employed to provide regular delivery of mail and passengers. The winter of 1903 was unusually harsh, and the Stanley was icebound from January 13 to March 17.

Starting in 1906, the range lights at Cape Tormentine were maintained year-round, rather than being active just when needed by the Stanley. The front light was modified that year to be a seventh-order dioptric light shown from a lantern hoisted atop a mast on the west side of the freight shed on the pier. In 1907, a new tower for the rear range light was constructed atop a bank, seventy feet inland from the iceboat house. This square, wooden tower with sloping sides remains standing today and has a height of thirty-two feet from the base of its solid section to the top of the ventilator on its square wooden lantern. The new rear light employed a 360°, seventh-order Chance lens to produce a white light that was visible for twelve miles. The tower was built by day labour, under the supervision of the New Brunswick agency of the Department of Marine, and cost $974.

In 1908, the front range mast was replaced by a thirty-two-foot-tall tower equipped with a fourth-order lens. The lower portion of the pyramidal tower was skeletal, made of steel painted red, while the upper portion was made of wood painted white. This work, which commenced in 1907, was performed by day labour under the direction of G. N. Breen and cost $1,720.

In 1917, ferry terminals at Cape Tormentine and at Borden-Carleton on Prince Edward Island were completed, and the railcar ferry Prince Edward Island began serving this short route. During its first year of operation, the ferry made 506 crossings, and in 1922 it was modified to accommodated automobiles in addition to railcars. A new set of range lights, known as Cape Tormentine Entrance Range Lights, were established nearby in 1917 to help the ferries locate the harbour entrance.

Both the front and back towers at Cape Tormentine were raised in 1919. This is likely when the current woodwork was placed beneath the rear range light. The present front light, a short pepper-pot style tower, was put in place in the 1940s.

After the completion of the Federation Bridge in 1997, the Cape Tormentine  Borden Ferry was discontinued, and with it, so were the Cape Tormentine Pier Range Lights. At the request of local fishermen, who still use the harbour, the front light was reactivated in 1998. The Canadian Coast Guard maintains the front light in good condition, but after years of neglect, the rear tower has greatly deteriorated. Broken windows have exposed the interior to the weather and nesting birds.

Located onshore near the former Cape Tormentine ferry wharf, made obsolete by the opening of the Confederation Bridge.
Latitude: 46.131479, Longitude: -63.785119

For a larger map of Cape Tormentine Outer Wharf Range Rear Lighthouse, click the lighthouse in the above map.

From Highway 16 traveling from Port Elgin towards Prince Edward Island, take the next-to-the-last exit before Confederation Bridge (Exit 47) and drive east on Route 955 towards Bayfield and Cape Tormentine. After 4.8 km (3 miles), turn left near an old train depot onto a road (Old Ferry Road) that leads to Cape Tormentine Harbour and Wharf. Cape Tormentine Outer Wharf Range Rear Lighthouse is located just before the causeway that leads out to the harbour.