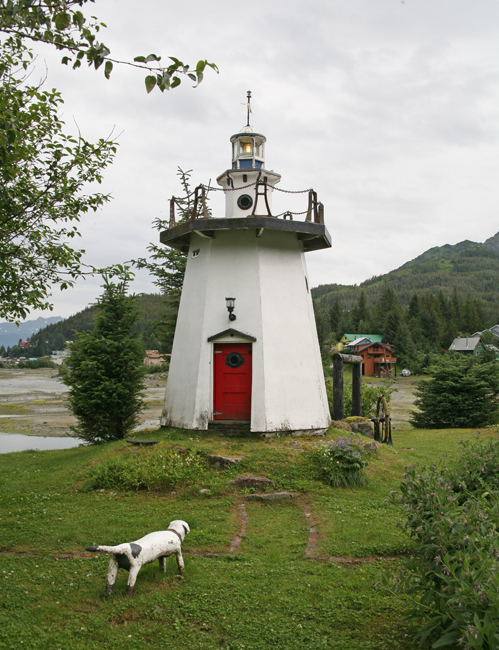 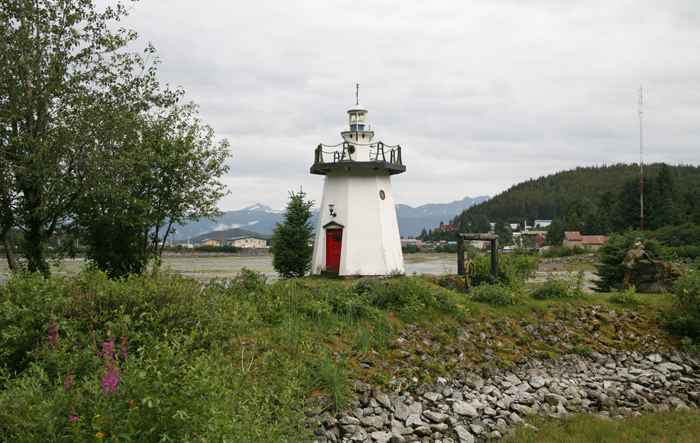 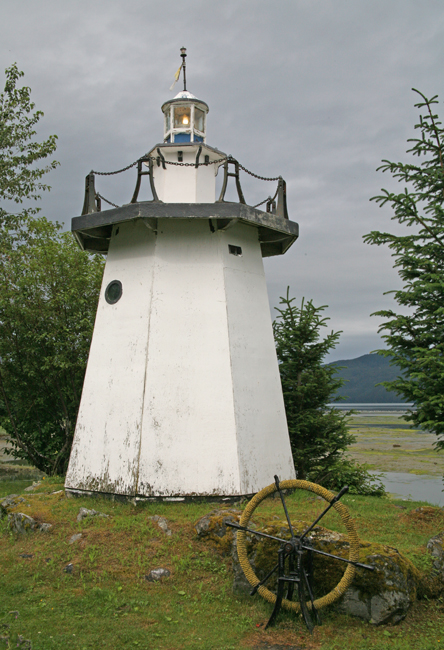 The Cordova Rose Lodge sits atop a barge named the Berry #1 that was built in 1924. The barge served as a pile driver, fish trap setter, and a houseboat before being towed to its present location in 1964. Its owners at that time, Bob and Rose Arvidson, landlocked the barge and built up the property surrounding it. Bob added the lighthouse to the site in the late 1970s to help guide him up Odiak Slough and later convinced the Coast Guard to recognize the structure as an official aid to navigation.

Eldon and Jan Glein purchased the property in 1992 and subsequently renovated the buildings and created the present Corodva Rose Lodge. The current owners, the McDowells, took over the lodge in 1998 and have been upgrading the property while making sure it maintains its unique nautical feel.

For a larger map of Minor light of Alaska - Odiak Pharos Lighthouse, click the lighthouse in the above map.

From the Copper River Highway just east of the high school in Cordova, turn west onto Whitshed Road and travel 0.3 miles, where you will find the lighthouse and Cordova Rose Lodge on your right.