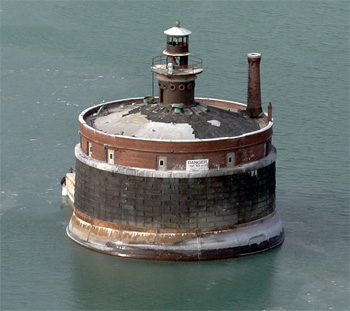 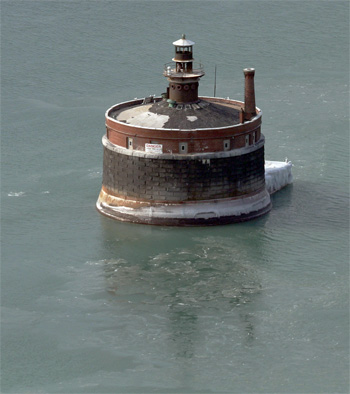 When Chicago was incorporated as a town in 1833, it had a population of just 350, and the towns inhabitants used the Chicago River as the source of its drinking water. Over the next seven years, the population swelled more than tenfold, and the river had become contaminated. In 1842, local businessmen formed the Chicago City Hydraulic Company, which tapped the seemingly endless supply of fresh water available in Lake Michigan. A wooden intake pipe was run roughly 150 feet offshore, and a steam-powered pump was used to draw water into an elevated wooden tank from which it was fed to a network of wooden water pipes. The City of Chicago purchased the Hydraulic Company in 1852, and over the next decade, the water system had grown to include three half-million-gallon wrought iron reservoirs and over ninety-five miles of cast iron distribution pipes.

Chesbroughs plan called for the excavation of a supply tunnel to connect a pumping station situated five miles inland to an intake crib located two miles out into Lake Michigan, well beyond the increasingly polluted shoreline. Dull & Gowan of Harrisburg, Pennsylvania signed a contract for the massive project on October 28, 1863, and work got underway the following May.

Work on this circular crib, located roughly three miles offshore from the eastern end of the avenue for which it was named, began in 1915 with the sinking of a steel caisson having a diameter of ninety feet. Built using square-hewn granite blocks, the superstructure protects the inner well chamber that has a diameter of forty feet. An eight-mile-long tunnel connected the crib with the onshore pumping station.

On October 23, 1915, Wilson Avenue Intake Crib Light was established to mark the new crib during its construction. The fixed white light was suspended from a wooden post on a timber platform and had a focal plane of thirty-five feet. A fog bell was also installed to sound a single stroke every fifteen seconds.

A red circular tower topped by a lantern room was mounted atop the center of the cribs roof to serve as a permanent navigational aid. This tower initially exhibited an acetylene light that was visible for up to eight miles. A fog bell, struck a double blow every twenty seconds, was used during low visibility.

For a larger map of Wilson Avenue Crib Lighthouse, click the lighthouse in the above map.