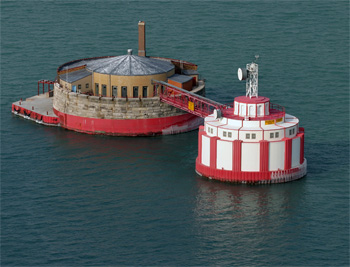 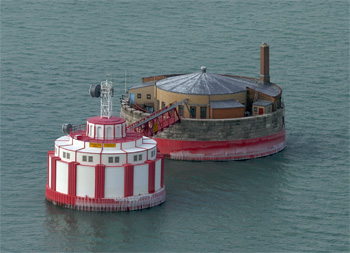 The Carter H. Harrison Crib was completed in 1900 and named in honor of Carter Henry Harrison, who served as Mayor of Chicago from 1879 to 1887. He was re-elected to a fifth term in 1893 but was assassinated later that year. The crib was built of stone, with the outer walls of the dwelling and well chamber faced with hydraulic pressed brick. A red skeletal tower topped with a gray lantern room formerly stood atop the crib and exhibited a single red flash every three seconds. In 1932, the Commissioner of Lighthouses noted that a submarine cable had been run between Chicago Harbor Lighthouse and the Carter H. Harrison Crib, and that the tower and structure at Carter-Harrison Crib were modified to accommodate machinery and apparatus, and air whistle, electrically driven air compressor, and 36-inch revolving airways beacon were installed.

For a larger map of William E. Dever Crib Lighthouse, click the lighthouse in the above map.