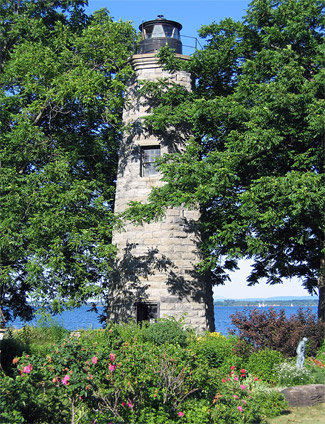 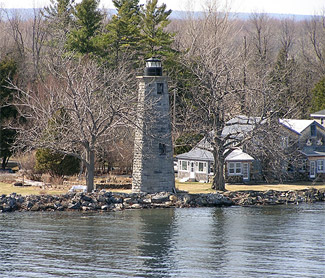 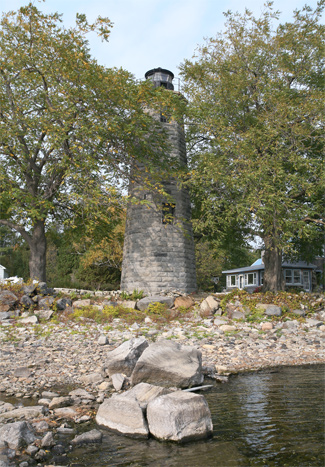 With the signing of Senate Bill Number 927 by President Clinton on March 5th, 1998, some people believe Lake Champlain officially became the sixth great lake in the United States. A line item entered in the bill by Senator Patrick Leahy of Vermont defined Lake Champlain as one of the great lakes, allowing federal grants to be awarded for research focused on Lake Champlain. Looking at size alone, one might question the merit of such an appellation, for Lake Champlain in terms of surface area is 6% the size of Lake Ontario and only 1.4% the size of Lake Superior. One must concede, however, in terms of historical and commercial importance, Lake Champlain truly is a great lake. It was on Lake Champlain that the worlds second steamship, the Vermont, began service in 1808, just one year after Robert Fultons ship the Clairmont made its maiden voyage on the Hudson River. Lake Champlain was also the site of key naval battles during both the Revolutionary War and the War of 1812, and with the opening of the Champlain Canal connecting the lake to the Hudson River in 1823, Lake Champlain became an important shipping route.

Vessels traveling near the northern end of Lake Champlain must veer to the east at La Roche Reef, just south of Isle La Motte, to avoid shoals, and on August 31, 1852, Congress appropriated $5,000 for a lighthouse to mark the navigational hazard. The federal government purchased 10.4 acres on the New York shore near La Roche from Nathan Perry for $440 to serve as the site for Point au Roche Lighthouse, but the lighthouse was not activated until the opening of navigation in 1859, the same year as its two sister lights at Windmill Point and Crown Point. A temporary beacon light was exhibited from Point au Roche from 1856 until the lighthouse commenced operation.

Point au Roche Lighthouse consisted of an octagonal blue limestone tower connected to a wooden cottage, and like its sister lights, had trapezoidal panes in its lantern room. A sixth-order Fresnel lens was used to produce a fixed white light that from its focal plane of fifty-four feet above the surface of the lake could be seen for thirteen miles.

A barn and stable were erected for the keeper in 1868, and in 1879 a cistern was built in the dwellings cellar.

In the interest of efficiency and economy, the Lighthouse Service requested funds in 1919 to discontinue all oil lights on Lake Champlain, except at stations with a fog bell, and replace them with acetylene lights, but this conversion process didnt start until the early 1930s. At all other Lake Champlain lighthouses, an automated beacon was placed on a skeletal tower near the now-inactive lighthouse, but at Point au Roche, an electric light was installed atop the limestone tower in 1933. All the lighthouse property at the point, save a fifty-foot-square lot surrounding the tower, was then sold for $2,100 in 1934 to Grover C. Oliver, a former keeper, who moved the keepers cottage just north of the tower and used it as a private residence. Grover C. Oliver served as first assistant keeper at Eatons Neck on Long Island Sound for several years before being placed in charge of Point au Roche Lighthouse in 1919.

Over time, the shoreline in front of the tower eroded away, and the masonry of the tower deteriorated. In fact, a large section of the cornice just beneath the lantern room has fallen from the tower. In 1989, the Coast Guard determined the tower was unsafe and replaced Point au Roche Lighthouse with a buoy on La Roche Reef.

For a larger map of Point Au Roche Lighthouse, click the lighthouse in the above map.

From Route 9 roughly six miles north of Plattsburgh, turn east on Point Au Roche Road (watch for a Point Au Roche State Park sign). Then, 0.8 miles after passing the Mooney Bay Marina, the lighthouse will be on your right. As foliage prevents a good view of the lighthouse, the best time for photographs would be during the winter.

The tower is owned by the Coast Guard, while the dwelling and surrounding property are privately owned. Grounds/dwelling/tower closed.