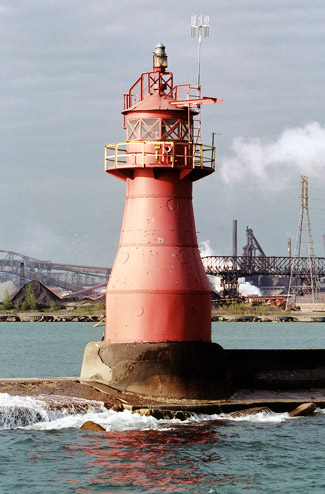 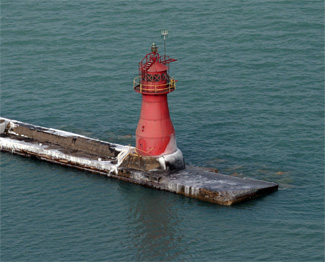 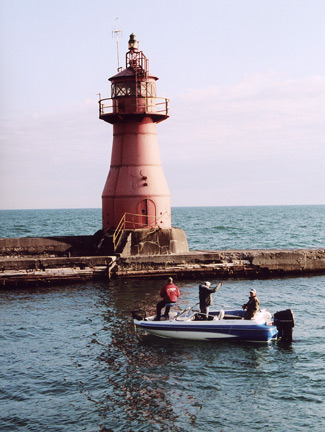 If you are like me, your knowledge of Gary, Indiana might be limited to the repeated strains of Gary Indiana, Gary Indiana, Gary Indiana, as sung in The Music Man. In the musical, Harold Hill makes his living by traveling to a town, convincing the citizens that starting a boys band would be beneficial to the community, and then absconding with the money given him for the purchase of instruments and uniforms. Hill claims his musical degree is from Gary, Indiana, and gives some insight into the history of that city when he sings: Gary, Indiana! What a wonderful name. Named for Elbert Gary of judiciary fame.

Elbert H. Gary received his law degree in Chicago in 1868 and served as a county judge and corporate lawyer, before being entrusted by J.P. Morgan with the running of the United States Steel Corporation. Realizing that much of the countrys growth was now occurring in the Midwest, Gary turned his focus from Pittsburgh towards Chicago. An ideal plant would be located on lakefront property, where huge boats could directly offload ore from Minnesotas mines. Accordingly, in the early 1900s a site was selected on the southern shores of Lake Michigan, some twenty-six miles from Chicago.

At that time, the selected site was a barren waste of drifting sand, with occasional patches of scrub-oak. It had no population, was valueless for agricultural purposes, had no natural harbor or shelter of any kind and no laden boat could get within a half-mile of the shore. The drifting sand piled up in ever-shifting ridges that buried whatever might lie in its path; three or four railroad lines, intent only on reaching points beyond, crossed it by the shortest possible route; and the Grand Calumet River  grand only in name  wormed a tortuous way in and out among the sand dunes until it finally found Lake Michigan. A gun club was located in the vicinity, and the average man would have said that nothing but a gun club could find any possible use for the land.

This was to be a large plant, and as no housing existed in the immediate vicinity, a new city for the workers would be built from the ground up, just south of the plant. The city would be called Gary, after the man whose vision drove this incredible undertaking. The required work was of such a scale that two companies were established by US Steel to oversee the project. The Indiana Steel Company would be responsible for constructing the plant, while the city would be built by the Gary Land Company.

In the spring of 1906, work began. The city would have two main thoroughfares: Broadway, running north-south, and Fifth Avenue, running east-west. Two banks would be erected along with a hospital and a newspaper building. In addition, land would be reserved for two parks, and rich soil and thousands of trees would be relocated to the city. To serve as the citys water supply, a pipe with a diameter of six feet would be extended three miles out into the lake.

To supply ore for the steel plant, which would have twelve blast furnaces and forty-seven steel furnaces, an artificial harbor had to be created. A slip, five thousand feet long, twenty-two feet deep, and two hundred and fifty feet wide, large enough to accommodate the largest lake steamers of the time, was excavated. The slip terminated in a turning basin of sufficient size to permit the vessels to rotate and head back out into the lake. An L-shaped breakwater extended several thousand feet out into the lake to provide protection for the harbor, and at its end Gary Harbor Breakwater Light was established.

On July 23, 1908, the E. H. Gary brought the first load of iron ore to the plant, and on December 21, 1908, just two-and-a-half years after the first shovel of sand was overturned, the first blast furnace was fired up and steel-making at the Gary plant had begun. By 1921, the population of Gary, Indiana was well above 50,000.

The lighthouse, which stands thirty feet tall and is constructed of steel plates, became operational on July 5, 1911. A lens lantern powered by acetylene gas exhibited two white flashes every four seconds at a focal plane of forty feet above the water. The light, which could be seen from about thirteen-and-a-half miles, was maintained during the navigation season by the Indiana Steel Company.

A fog siren, which sounded a two-second blast every thirty seconds, was established at the lighthouse on October 3, 1913. The original fog signal was a Scotch siren, and the air for it was generated by an electric-motor-driven compressor on shore and then delivered 5,150 feet to the lighthouse through a two-inch pipe.

On April 7, 1914, Sy Meredith, an electrician for US Steel, made his way out to the end of the breakwater to make repairs to the light. During his work, a sudden storm arose, and Meredith was trapped at the lighthouse in freezing weather without any food. The steel company, fearing the lighthouse might be washed off its foundation, asked the South Chicago Lifesaving Station to rescue Meredith.

At 6 p.m., the lifesaving keeper and six surfmen arrived at Gary Lighthouse aboard their thirty-six-foot lifeboat Sea King. As the sun began to set, the gear on the boat was icing up, and heavy seas were washing over the breakwater. Unable to safely attempt a rescue effort, the crew decided to stay by at Gary until daybreak. Equipped with a heavy line, the crew was finally able to pull the grateful electrician aboard on their third attempt the following morning. Meredith was taken ashore where he was treated at the steel companys hospital.

The lighthouse was removed from the breakwater for a period in 2017 so it could be sanblasted, repaired, and repainted.

Today, in the harbor south of the lighthouse, steam and smoke is still belched skyward as the production of steel continues.

For a larger map of Gary Harbor Breakwater Lighthouse, click the lighthouse in the above map.

As the area surrounding the pier is industrial and private, Gary Harbor Breakwater Lighthouse is best seen from the water.

The lighthouse is owned by U.S. Steel Corporation. Tower closed.