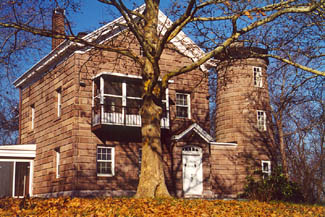 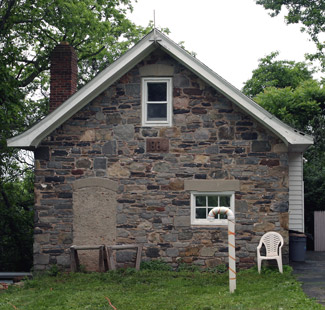 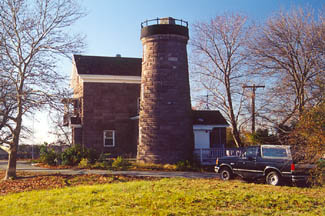 From the late 1700s, oystering had been one of the main industries in Princes Bay, and Princes Bay Oysters could often be found on menus at noted restaurants in Manhattan and even London. Besides supplying food and income to local residents, oysters also provided lime, via their crushed shells, which was used in building many of the homes on Staten Island. One legend has it that Princes Bay was named for a prince who loved eating oysters for their alleged aphrodisiac properties. A combination of overfishing and pollution from both industry and an increasing residential population destroyed oystering as a commercial enterprise by the early 1900s.

On May 18, 1826, Congress appropriated funds for building Princes Bay Lighthouse on the highest point along the shoreline of Staten Island, where the cliffs rise eighty-five feet above the water. On a clear day, the New York skyline is visible from the lighthouse, and the view extends to Sandy Hook, New Jersey.

The first tower was constructed of rubblestone, stood just over thirty feet tall, and exhibited a fixed white light from a height of 107 feet above sea level. The original beacons light was first shown in 1828 and consisted of eleven lamps set in fourteen-inch reflectors.

Abel Rawson, a native of Nantucket, was appointed the first keeper of Princes Bay Lighthouse and served until his death in 1840. In his youth, Rawson served aboard a whaler, and it wasnt long before he was part-owner and captain of the whaling ship Harmony. During one voyage, he had just filled his ship with oil off the coast of Brazil and was preparing to return home when a whale breached on the vessel, breaking in the decks and sinking the ship in just a short time. Even though it was night when the incident happened, the crew managed to escape in boats and was soon picked up by a consort ship.

While Princes Bay Lighthouse was under construction, Rawson reportedly went to Washington and spent an evening with General Andrew Jackson. Captain Rawsons telling of his shipwrecks, losses, and lack of means to purchase the comforts of life so impressed Jackson that he promised Rawson the position of keeper of Princes Bay Lighthouse. According to one writer, Captain Rawson could tell more good stories in a given time, and was a theme for more amusing anecdotes than any other man that ever navigated the ocean.

In 1837, a Navy commission noted in a report that Princes Bay Light, though well kept by its faithful and attentive keeper, was only visible from a north-northeast to south-southwest direction, and was only useful to ships going to and from New York. The commission recommended that westward-facing reflectors be added for the benefit of those navigating at night the upper part of Princes and Raritan bays, a convenience the more important in winter, when the steamers and coasters, bound from ports in New Jersey to New York, are compelled, on account of ice in the Kills, to pass to the southward of Staten Island. The recommendations in the report were put into place shortly thereafter, but when I.W.P. Lewis visited the light around 1843, he complained that the few coasters passing the light derived only a partial benefit from the towers eighteen lamps due to the very peculiar and erroneous manner in which they are arranged. Lewis recommended that eight lamps be suppressed, and this change was soon carried out.

In 1849, Silas Bedell, a former stagecoach driver, was appointed keeper of Princes Bay Lighthouse. Having had no prior experience working in a lighthouse and no instructions on operating the light being provided, Bedell often left his daughter in charge while he went off to pursue other interests. An 1851 inspection report described the buildings as dirty, the glass in the lantern as broken and cracked, and the keeper as ignorant of his duties, and evidently not aware of the importance of keeping a good light. Bedell still managed to keep his job for another year or so before being replaced by Homer Phelps.

A third-and-a-half-order Fresnel lens was installed in the towers lantern room in 1857, showing a fixed white light punctuated every two minutes by a flash. In 1863, the Lighthouse Board reported that the tower at Princes Bay was in such a condition as to make its reconstruction a matter of necessity, admitting of no delay. A wood-frame tower was hastily erected to show a temporary light while the construction of a new tower was carried out. The new brownstone tower was finished in 1864, and the Fresnel lens was transferred to it from the temporary tower. Inside the new tower, a cast-iron staircase wound around a central pillar and led up to the lantern room. Weights suspended in a twenty-four-foot-long drop tube tower powered the clockwork mechanism that rotated the lens.

A two-story brownstone keepers dwelling was built next to the tower in 1868 and linked to it by a fifteen-foot-long passageway, which doubled as an oil room. The first floor of the dwelling contained a kitchen, pantry, dining room, and sitting room. There were four bedrooms in the second story, and two more rooms in the attic. After the new dwelling was finished, the original rubblestone residence was torn down and used to construct a substantial barn and stable. An old stone building, marked with a construction year of 1869, is located just south of the dwelling.

On July 15, 1870, Congress appropriated $12,000 for protecting Princes Bay Lighthouse from encroachments of the sea. Over the next few years, a protection wall was built at the base of the bluff along with three, fifty-foot-long jetties to help stem the erosion of the bank. By 1880, the seawall had given way in several places, and $3,500 was provided that year for repairs.

The interval between flashes was reduced from two minutes to forty-five seconds in 1884, and on January 1, 1890, the characteristic of the light was changed to a white flash every five seconds through the introduction of a fourth-order Fresnel lens in place of the third-and-a-half-order lens.

William G. Davison was in charge of the light from 1886 to 1917, longer than any other keeper. In 1916, a reporter visited Princes Bay Lighthouse while accompanying Inspector J.T. Yates on an inspection tour of lighthouses in New York Harbor. Despite being seventy-two years old, Keeper Davison had the best-kept station in the area. When Commander Yates saw Keeper Davisons wife, he exclaimed, You oughtnt to be cleaning house. You ought to be in bed.

Oh, you cant keep the women from cleaning, said Keeper Davison. You might as well try to keep the birds from flying against the lenses of the light.

Go along, replied Mrs. Davison. It isnt that, but Im not going to have Mr. Davison keep his tower cleaner than I keep my house.

Upon leaving the Davisons, the reporter had a pleasant feeling of having caught a glimpse of real happiness.

Princes Bay Lighthouse was deactivated on August 31, 1922, after the placement of lighted buoys in Raritan Bay earlier that month made the bluff-top light redundant, but Keeper John F. Anderson remained on duty until November of that year to guard against vandals. Three-year-old Norman Johnson had traveled cross-country with his mother in 1914 to visit Keeper Anderson, his grandfather, who was in charge of Cedar Island Lighthouse at the time. When Normans mother passed away a few years later, his grandparents wrote to his father and asked if they couldnt raise the child as their own. So it was that Normans father took him to Portland, Oregon in August 1920 and placed him on a train after a tag carrying the following information had been pinned on him: This boy, Norman Johnson, is travelling alone from Portland, Ore. to New York to his grandfather, John F. Anderson, whose address is Princes Bay Lighthouse, Staten Island, New York. Norman quickly adapted to his new home and was fond of giving tours of the lighthouse to visitors.

In 1926, the lighthouse reservation was sold at a public auction. The highest bid was received from the Mission of the Immaculate Virgin, a residence and school for seventeen-hundred orphans that already surrounded the lighthouse on three sides. At some point, the mission placed a statue of the Virgin Mary atop the tower where the lantern room once was.

After a deal was struck where the federal government would pay the mission $32 per year for the use of a small piece of land, a rear range light was erected southeast of the lighthouse in 1953. The companion front range light is located on the beach, forty-five yards away.

New York State and the Trust for Public Land jointly purchased the lighthouse and 145 acres of surrounding upland and 45 underwater acres from the Archdiocese of New York in 1999. Per the agreement, the state bought out the trusts two-thirds portion over the ensuing two years. Today, the property is known as Mount Loretto Unique Area and is managed by the New York State Department of Environmental Conservation. Currently, the lighthouse grounds are not open to the public, but good views can be had from trails in the area. The best views are during the winter, when the trees are bare of leaves.

In 2006, the lighthouse was renamed the John Cardinal OConnor Lighthouse in honor of the Archbishop of New York who was instrumental in providing the Mount Loretto Unique Area to the people of New York. At this time, a VRB-25 rotating beacon, donated by Blue Crane Engineering, was placed atop the lighthouse.

Located in the Mt. Loretto Unique Area atop a high bluff near the southeast end of Staten Island, overlooking Raritan Bay.
Latitude: 40.50769, Longitude: -74.21341

For a larger map of Princes Bay Lighthouse, click the lighthouse in the above map.

From Highway 440 on Staten Island, take the exit just before the Outerbridge Crossing. At the end of the ramp, turn right at the stop sign. At the next intersection, make another right. At the traffic light, make a third right. You should now be on Page Avenue, which, after five lights, will take you to Hylan Boulevard. Turn left onto Hylan Boulevard, and the parking lot for Mt. Loretto Unique Area will be about 3/4 mile along Hylan Boulevard on the right side. There is a path which leads to the shore and up a small incline to the lighthouse. The grounds of the lighthouse are closed, but a decent view of the lighthouse is possible in late fall or winter when the surrounding large trees have dropped their leaves.

The lighthouse is owned by New York State Department of Environmental Conservation and is part of Mt. Loretto Unique Area. Immediate grounds, dwelling, and tower closed.