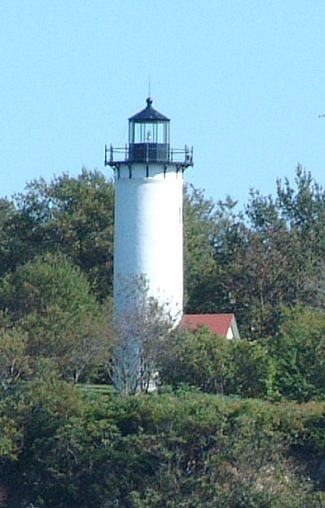 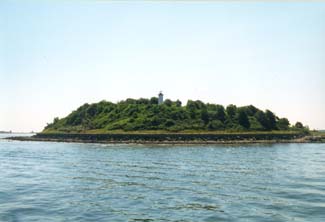 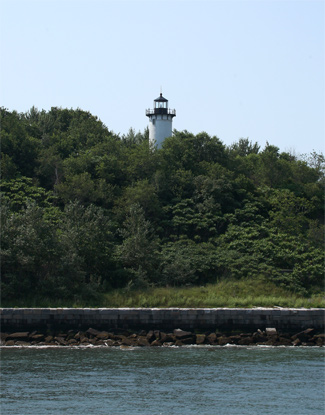 Chris DeBurgh may sing about his sexy Lady in Red, but Long Island in Bostons inner harbor is home to the far scarier Lady in Scarlet. As the American Revolution was drawing to an end, the American fleet blockaded a few British vessels in Boston Harbor, and intense artillery battles ensued. Cannonballs fired by Americans fatally injured Mary Burton, who was sailing aboard a ship with her husband William, and she begged to not be buried at sea. Honoring her request, William tenderly wrapped Mary in a scarlet blanket and took her body to Long Island, where he buried his beloved after a short service. In 1804, fishermen shipwrecked on Long Island encountered the ghost of Mary Burton, wrapped in a red cloak, and heard the wraiths moaning. With blood pouring from her head wound, she floated over a hill and disappeared. The terrifying Lady in Scarlet was also seen and heard in 1891 by a soldier at Fort Strong, which was built on the island shortly after the Civil War.

Long Island is so named because, well, it is precisely that  long  the longest (1.75 miles) and largest (214 acres) of the thirty-four islands in Boston Harbor. The island consists of three drumlins (rounded hills of unstratified glacial drift), and ships would often stop there to take on ballast before heading out to sea. The islands northeastern point, known as Long Island Head, has been home to multiple fortifications and lighthouses.

The amount of maritime traffic passing Long Island as it entered Boston Harbor from Broad Sound spurred a committee of the Boston Marine Society to petition Congressman Jonathan Mason for a lighthouse on the island. On March 3, 1819, Congress appropriated $11,500 for building a light-house on Long Island Head, and a beacon or land mark on Half-Way Rock, in Boston Bay, and also a light-house on Birds Island in Buzzards Bay, in the State of Massachusetts. In its early days, the lighthouse was also known as Inner Harbor Light. Keeper Jonathan Lawrence first lit the lamps in the seven-foot lantern room atop the twenty-foot-tall stone tower on October 9, 1819.

The following year, two inventors, Mr. Melville and Mr. Black, conducted experiments at Long Island Head Light on methods for heating lighthouse oil in cold weather. Two strains of whale oil were typically used in lamps at light stations in northern climes  a thick strain during the summer, and a thinner strain during the winter. Although the winter oil was less viscous, it still often congealed in severe cold and required heating on a warming stove before it could be used in the lamps. The inventors experiments must have been successful, because Fifth Auditor Stephen Pleasonton offered them $4,300 for their work.

An 1838 report by Lieutenant Edward W. Carpender of the U.S. Navy notes the following heating arrangement used for oil in the eleven lamps then employed at Long Island Lighthouse: In winter longer chimneys are used, so as to reach to the metallic conductors, (or heaters as they are called,) which are inserted in the fountains for maintaining the fluidity of the oil. The additional heat from stoves is sometimes necessary to this purpose. I apprehend, if the lanterns had no doors or ventilators in them, like that at Gay head, their temperature could be maintained without at least the aid of stoves. Carpender also recorded that the stone keepers house was attached to the tower, a convenience that would not deter feeble or tender persons from visiting and trimming the lamps at the appointed hours, should the keeper fall ill and his wife or children have to fulfill his duties.

In October 1825, Keeper Lawrence, a War of 1812 veteran, passed away at the lighthouse from complications relating to injuries he sustained in the Battle of Fort Erie, and Charles Beck was appointed his successor. Beck, a native of Sweden who served aboard the USS Constitution for many years, was in charge of the lighthouse for twenty-eight years and died in the keepers residence in August 1853.

An 1842 inspection found the lights tower to be leaky, its walls cracked with frost, and its construction rude. James Lloyd Homer, author of Notes on the Seashore, or, Random Sketches, provided the following insight on the station when he visited in 1845. Homer complained that although Captain Charles Beck had discharged the duties of his office with fidelity for many years the government was allowing the rains, frost and sea to make sad havoc with the bluff on this island. Homer continued, If the government will do nothing for any one else, it ought surely to guard its own property. Homer also described the system whereby pilot boats in the harbor communicated with the shore. When it is ascertained, at this island, that any pilot-boat in the Bay has manned out all her pilots, a black-ball is hoisted to give the pilot-station in Boston notice of the fact. The boat conveys the information to Capt. Beck, by hoisting a blue-and-white ball.

In 1844, Long Island Head became home to the first cast-iron lighthouse in the United States. The new tower, cast in sections seven feet tall by twelve feet in diameter at the base and six feet in diameter at the top, was erected on the old site. A twenty-inch-wide iron deck encircled the lantern, which was constructed of upright wrought iron bars that held sixteen panes of glass, each measuring four feet wide and sixteen inches tall. A cast-iron dome atop the tower brought its height to thirty-four feet. In the center of the tower, a cast-iron pipe ran from the base to the top, acting as the flue for a stove, and around that pipe curved a cast-iron circular staircase. This lighthouse was similar in design to two others built around the same time that remain standing: Monomoy Point Lighthouse in Massachusetts and Juniper Island Lighthouse in Vermont.

In 1857, a fourth-order Fresnel lens was installed atop the lighthouse, taking the place of the lamps and reflectors, and the tower was lined with brick. The Annual Report of the Lighthouse Board for 1879 justified proposed upgrades to the station: This light is one of the most important on this part of the coast, as it is the only guide into Boston by the Broad Sound passageand is also a guide in connection with Boston light by the main ship-channel. The fourth-order apparatus now in use is insufficient for this purpose. The keeper's dwelling is so dilapidated that the erection of a new dwelling and tower with a third-order light at this station is suggested. It will cost $ 12,000; therefore the appropriation of that sum is suggested.

The next year, the appropriation was made and the materials purchased. Work on the replacement dwelling and larger tower, formed of several iron cylinders bolted together, was finished in 1881. The third-and-a-half-order Fresnel lens mounted in the towers lantern room produced a fixed white light at a focal plane of 128 feet above the water. A 110-foot-long walkway on trestles was built to the boathouse in 1886, but three years later the boathouse was washed away. A brick oil house was added in 1892.

The damaging effect of the ten-inch guns at Fort Strong was noted in the 1898 and 1899 Lighthouse Board reports: A new seacoast battery has recently been established near this station. The illuminating apparatus and buildings are endangered whenever the guns in the battery are fired. It is proposed to move the light-station to a new site where it will not be exposed to such injury. This, it is estimated, can be done at a cost not exceeding $4,500, and the Board recommends that an appropriation of this amount be made therefor.

The requested amount was appropriated on June 6, 1900, and that same year a fifty-two-foot-tall, cylindrical brick tower was built at a new location, and the existing dwelling, outbuildings and oil house were relocated to the new site. The light was exhibited from the new tower on November 1, 1900, and the old cast-iron tower was subsequently sold at auction. After being originally left its natural color, the redbrick tower was painted white in 1902.

Edwin Tarr, the last keeper at Long Island Head, arrived at the light in 1906 and passed away on January 8, 1918, as he sat surveying the sea. While his time as keeper passed without major incidence, his funeral, which was held in the keepers dwelling, was another matter. According to a Fort Strong solider who served as one of the pallbearers, a storm struck during the service, coating the hillside in a blanket of ice. As the four pallbearers tried to negotiate the path leading down to the wharf, they lost their footing, and the coffin hit the ground and began to slide. Attempting to stop it, the men jumped on the coffin, only to find themselves tobogganing aboard the runaway coffin to the base of the wharf.

Following Tarrs death, several custodians cared for the light until it was automated in 1929  in 1921, Mervin E. Wright was paid one dollar to serve as custodian. The light was decommissioned in 1982, but that decision was soon reversed. The light was refitted with a solar-powered optic, visible fifteen miles away, and relit in 1985. Since then, some necessary repairs have been performed to the tower, which is now mostly obscured by trees that have been allowed to grow up on the island.

Although a bridge connects Long Island with Quincy, Massachusetts, the island and lighthouse are closed to the public. This may change in the future now that the park service owns the lighthouse.

For a larger map of Long Island Head Lighthouse, click the lighthouse in the above map.

The lighthouse is owned by the National Park Service. Grounds/tower closed.