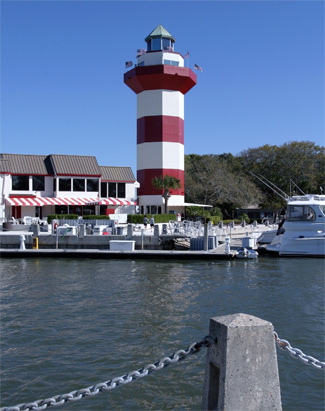 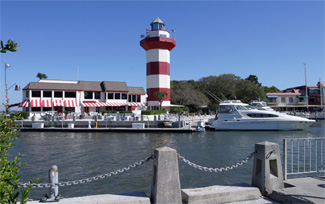 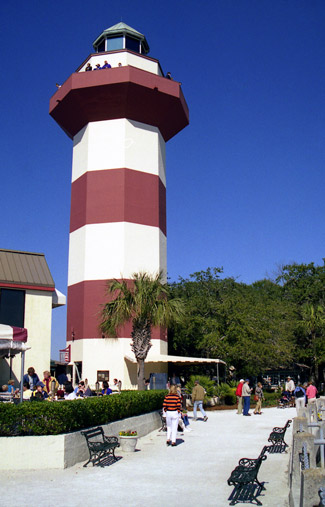 The Civil War brought an end to the era of large plantations on Hilton Head, and slaves who had served on the island were given a mule and a parcel of land to help them make a new start. A unique culture, known as Gullah or Geechee, complete with its own language, traditions and superstitions, developed among the close-knit community of former slaves on Hilton Head and on other coastal islands as well.

Hilton Heads period of calm and isolation following the Civil War lasted through the Great Depression. Then, in the 1940s, three families purchased large tracts of land covering much of the island and formed a lumber cutting consortium called The Hilton Head Company. As the island was being used for hunting, farming, and lumbering, the population still remained low. This started to change when the James F. Byrnes Bridge, a two-lane toll swing bridge, was constructed in 1956.

With the island now accessible to the general population, Charles Fraser purchased his fathers interest in The Hilton Head Company nurturing a vision to create an environmentally friendly residential resort community. As part of Frasers plan, no building would be taller than the tallest tree, every structure would be painted in natural earth-tone colors, and the oceanfront would be open to as many as possible. Streets were laid out to avoid the largest trees, and historic artifacts, such as the tabby ruins of the Baynard Plantation and the Gullah cemetery on Braddocks Point, were delicately preserved.

At the heart of his Sea Pines Resort development, Fraser envisioned an intimate harbor village with low-country ambience seasoned by the influence of the small distinctive ports along the coast of southern France and Italy. To achieve this affect, Fraser flew his design team over dozens of small Mediterranean harbors so they could capture the unique coastal charm of places like Portofino, Italy. The result is Harbour Town with its marina, shops, restaurants, and striped lighthouse.

Construction on the octagonal Harbour Town Lighthouse began in 1969 and was completed in the spring of 1970. Those who questioned the effectiveness of building such a structure to attract boaters from the Intracoastal Waterway called the tower Frasers Folly. Within a decade, however, the lighthouse was acclaimed a stroke of genius. Positioned as the backdrop for the final hole of the Harbour Town Golf Links, the tower has made many an appearance on golf telecasts. The red and white lighthouse, seen by millions of tourists, boaters, and golfers, has become a widely recognized landmark and a symbol for all of Hilton Head Island.

As visitors climb the tower, they can read information panels on each of the nine landings while they pause to catch their breath. Displays on the lower landings describe the history of Hilton Head Island. Topics that are treated include early inhabitants, colonial history, plantation life on the island, and the Civil War. The middle landings house historical information on the construction of the bridge linking the island to the mainland and details of Frasers plan for Sea Pines Resort. Items listed on these placards include several places to visit on the resort grounds, such as Baynard Ruins, the Oyster Shell Ring, and the Liberty Oak. Information on six lighthouses located in the area is provided on the upper landings. Interspersed with all the historical information on the island are several ghost stories attached to lighthouses and sites on the island.

During 2001-2002, roughly $200,000 was spent on renovating the structure. Since that time, a small admission fee has been charged to help pay for the improvements and offset maintenance costs.

As the lighthouse was built as more of an aid to commercialization than an aid to navigation, purists might not consider this modern building an authentic lighthouse. However, it is listed on navigational charts, and its white flash with a period of two-and-a-half seconds can be seen at a distance of fifteen miles. This fact, coupled with the historical lighthouse accounts found in the tower, links this modern lighthouse to its more aged siblings.

For a larger map of Harbour Town Lighthouse, click the lighthouse in the above map.

Take Highway 278 to Hilton Head Island. Once on the Island, take the Cross Island Parkway until you arrive at the traffic circle and then turn onto Greenwood Drive. Greenwood Drive will become Plantation Drive. Follow Plantation Drive to Lighthouse Road and then turn right on Lighthouse Road, which will lead to the lighthouse in the marina at Harbour Town. I have been informed that RVs and motorcycles are not allowed inside Sea Pines Resort.

A small fee is required to climb the lighthouse, which opens daily at 10 a.m. and closes at sunset.

The lighthouse is owned by the Sea Pines Resort. Grounds/tower open.