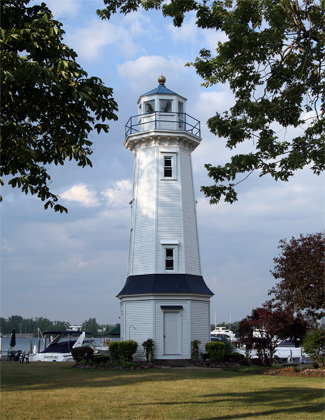 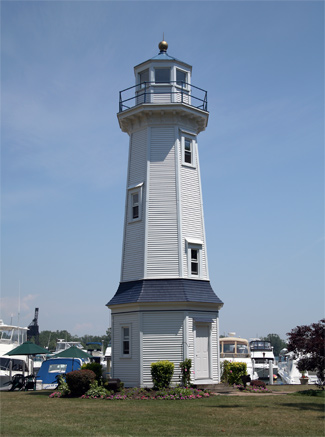 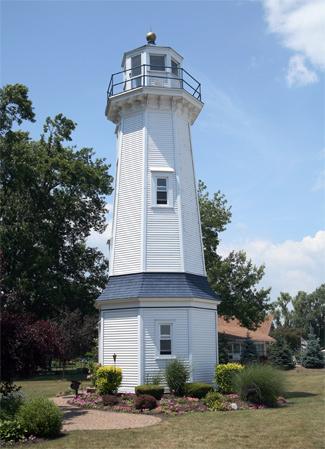 Situated between Niagara Falls and Lake Erie, Grand Island is the largest island in the Niagara River. The Seneca Indians, one of the tribes of the Iroquois Confederacy, used the island for hunting and fishing but established no permanent villages there. In 1815, the Iroquois Confederacy sold the island to the State of New York for $1,000 plus an annual payment of $500 but retained the right to hunt and fish on the island. The annual payment is reportedly still being made each June. In 1825, Mordecai Manuel Noah dedicated a large tract of land on Grand Island that he had persuaded a wealthy benefactor to purchase as a homeland for Jews, but the refuge, which was to be called Ararat, failed due to a lack of interested settlers. The cornerstone for the proposed settlement still survives and is in possession of the Erie County Historical Society.

The East Boston Company acquired roughly 16,000 acres on Grand Island in 1833 and harvested the large stands of white oaks, which were cut into lumber at a local sawmill and then shipped east via the Erie Canal to be used in shipyards at Boston and New York. After the supply of timber was exhausted, the acreage was sold off to individuals, many of whom established farms on the island.

The next group of individuals to take interest in Grand Island were residents of Buffalo and Niagara Falls who found the island to be an enjoyable retreat. In the late 1800s, several clubs, resorts, and hotels were established on Grand Island to serve the numerous visitors who arrived on steamers. One of these clubs, the Buffalo Launch Club, was incorporated in 1904 and claims to be the first power boat club in North America. After outgrowing their first clubhouse located on Squaw Island, the group purchased property on the east side of Grand Island with ninety feet of frontage on the Niagara River from John V. Bedell on March 12, 1906. The clubs spacious, three-story clubhouse, built later that year, burned to the ground in 1931. Even though club members were feeling the effects of the depression, they built the current clubhouse in 1932 and purchased three adjacent acres from Frank and Charles Fix.

Located on the grounds of the Buffalo Launch Club today is what is commonly, though erroneously, known as the Grand Island Front Range Light. The octagonal tower formerly stood near the intersection of Niagara Street and Busti Avenue in Buffalo where it served as the rear light for the Niagara River Range, which guided mariners into the river from Lake Erie. The Niagara River Front Range Light was located near where the eastern end of the Peace Bridge stands today.

The Niagara River Range Lights were activated on July 5, 1885, four months after Congress appropriated $250 for their establishment. As originally built, the lights consisted of white masts surmounted by a locomotive headlight and a circular, gridiron daymark. The daymarks had a diameter of just over six feet, and their four-inch slats were separated by four inches and painted alternately black and white.

A new fifty-one-foot-tall tower was built for the rear light in 1899, and the following year a fifty-nine-foot-tall tower was constructed for the front light. The rear tower was octagonal in plan and pyramidal above its first story. The lower portion of the front tower was cylindrical and covered with corrugated iron, while the upper part was conical and shingled. In 1912, fifth-order lenses were installed in the lighthouses, and the illuminant was changed to acetylene. The characteristic of the range lights was changed to fixed red in 1919.

After improvements in the Black Rock Channel, the Niagara River Range Lights were deactivated in 1929. The octagonal rear lighthouse was barged to Grand Island in 1931 by Frank and Charles Fix, who owned Grand Islands Bedell House Hotel and operated ferries and excursion boats. Before the completion of the Grand Island bridges in 1935, access to the island was by public ferry or private boat. The Fix family later sold the lighthouse to Mike Steffen, who used it as a trophy room adjacent to his house. The Steffen property and lighthouse were later incorporated into the grounds of the Buffalo Launch Club.

In 1917, range lights were established on the eastern shore of Grand Island, just below Bedell House, to guide vessels by Rattlesnake Island, but these lights were shown from pyramidal, skeletal towers. The front tower was twenty-seven feet tall, while the rear tower stood fifty-one feet tall. The Grand Island Front Range Lighthouse, shown at right, was relocated to the grounds of the Dunkirk Lighthouse after the range lights were decommissioned.

In 2004, the launch club formed a restoration committee to rehabilitate its lighthouse. The exterior of the tower was power washed, the dome of the lantern room was painted Buffalo Launch Club blue, and the ventilator ball and lightning arrestor were painted a shiny gold. The lantern room was also fitted with vinyl replacement windows to seal out the elements. Many of Grand Islands opulent clubs and resorts have been lost to fires or neglect, but the Buffalo Launch Club and its lighthouse remain as reminders of when the island was a popular play spot.

For a larger map of Niagara River Rear Range Lighthouse, click the lighthouse in the above map.

From Interstate 190 on Grand Island, take Exit 18 and go south on the parkway roughly 1.8 miles to Bush Boulevard. Buffalo Launch Club is on the eastern end of Bush Boulevard. The grounds are private, but polite visitors are tolerated.

The lighthouse is owned by the Buffalo Launch Club. Grounds open, tower closed.