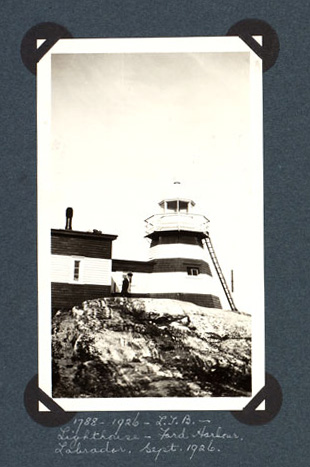 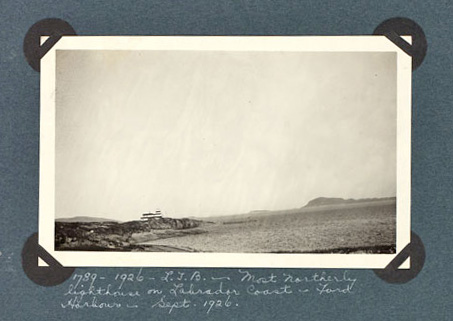 Ford Harbour is situated at the eastern end of Paul Island, a twenty-six-kilometre-long island on the northern coast of Labrador. Two deep inlets on the east and west ends of the island nearly divide the island. Boulders line the shores of Ford Harbour, but the water suddenly deepens from the shore.

In 1913, a light station was built to mark Ford Harbour. The station consisted of a wooden octagonal tower that was attached to a keepers dwelling. Both structures were painted with red and white stripes. A sixth-order lens was used in the lantern room to produce a fixed white light at a height of forty-four feet.

Also in 1913, lights were established in Labrador at Domino Point, Manuel Island, and Winsor Point.

The light at Ford Harbour was first listed as unwatched in the annual List of Lights in 1933. At this time, the lights characteristic was changed from fixed white to sixteen white flashes every minute. The octagonal wooden tower remained on the island through at least 1955.

In 2021, a square, skeletal tower, with a red-and-white rectangular daymark was displaying a flashing white light with a period of four seconds at Ford Harbour.

For a larger map of Ford Harbour Lighthouse, click the lighthouse in the above map.