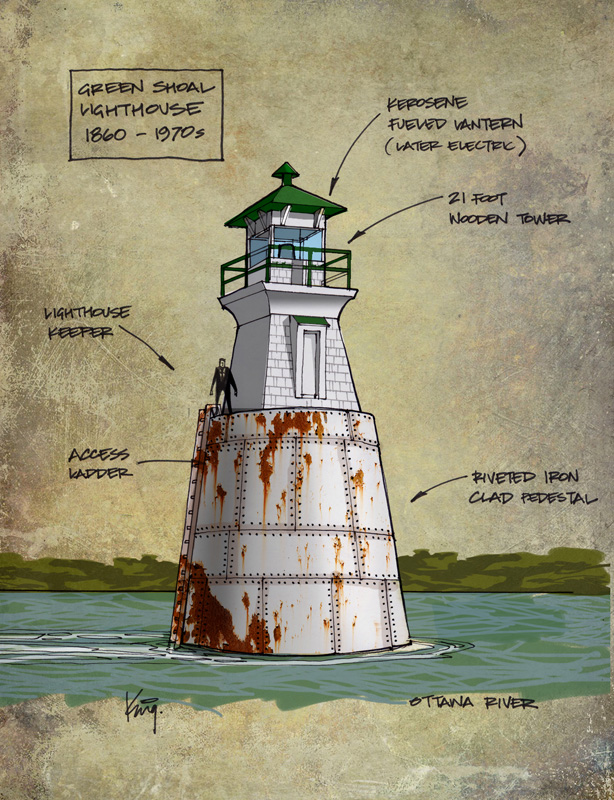 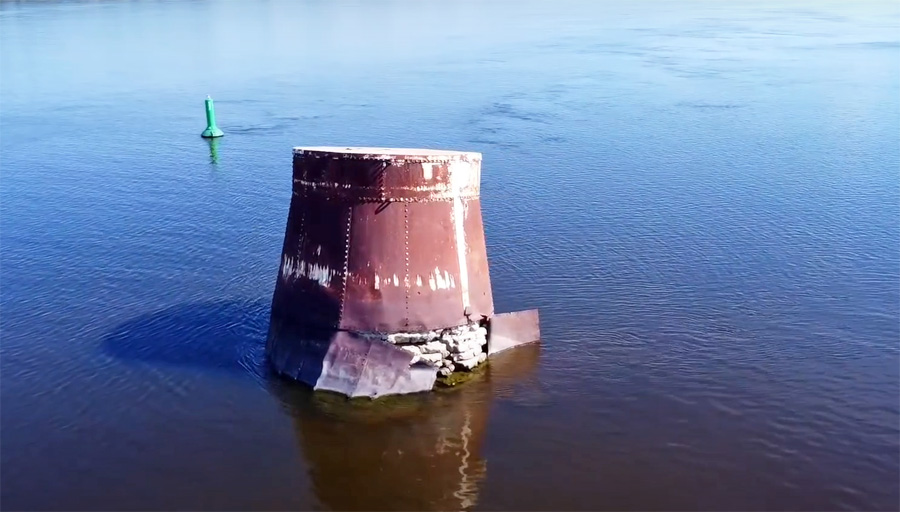 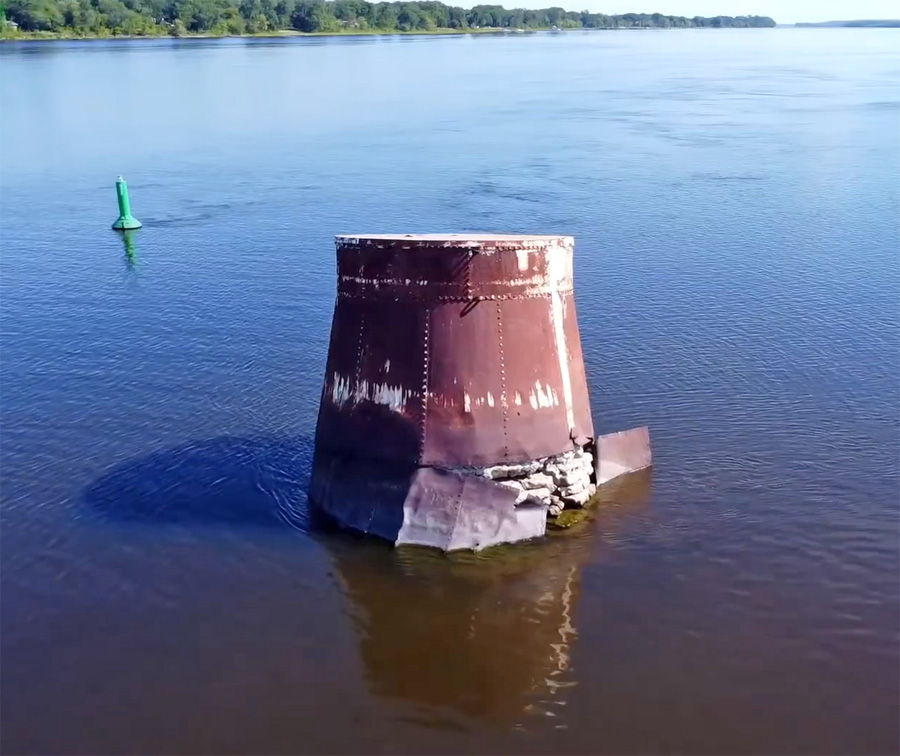 Green Shoal is located in the middle of Ottawa River, about twelve kilometres downstream from Ottawa and just north of the gap between Upper Duck Island and Lower Duck Island. Green Shoal is a calciferous sandstone reef that runs across Ottawa River, diminishing its depth at low water to just eight feet. In 1860, the Department of Public Works of the Province of Canada made plans to remove a portion of the reef by using a coffer dam. When this work was done, Green Shoal Lighthouse was built just to the south of the channel cut through the reef.

The first keeper of Green Shoal lighthouse was George Barthgate, who served from when the light was established in October 1860 through March of 1861. David Thomas then served as keeper from 1861 until his death in 1865. His widow was listed as keeper for part of 1865, and then Alfred Laberge took charge of the light in early 1866. Keeper Laberge was born in 1836 and would look after the light until 1902. The 1881 census shows that Keeper Laberge and his wife Celina had ten children ranging in age from eighteen-year-old Ephrime to Albert, who was just one month old. Albert replaced his father as keeper of Green Shoal Lighthouse in 1902 and served until 1920, when D. Mitchell was placed in charge of the light.

In 1899, a seventh-order lens was installed in the lantern room of the lighthouse, replacing the reflectors formerly used and improving the light. At that time, the pier that supported the lighthouse for many years was described as being in a bad state of repair and in need of replacement. Before the next springs high water, the station was rebuilt as described in the Annual Report of the Department of Marine for 1900:

The new pier, which is built on the foundation of the old one, is a frustum of a cone, of steel, filled with concrete and stone, and is painted brown. It is 20 feet in diameter at base, 14 feet in diameter at top, and rises 23 feet above summer level of the river. On it stands a square wooden tower, with sloping sides, painted white, surmounted by a square wooden lantern painted red. The tower is 21 feet high from the deck of the pier to the vane on the lantern.

The light is a fixed white light, elevated 38 feet above the summer level of the river. The illuminating apparatus is dioptric of the seventh order.

The work was done by the department, by day labour under the foremanship of Mr. W. H. Noble, during the winter and spring of 1900. The filling of the pier with concrete was postponed until the river had reached its lowest stage in the autumn of 1900, and was done under the supervision of Mr. B. H. Eraser.

For a larger map of Green Shoal Lighthouse, click the lighthouse in the above map.

The steel-clad, concrete-filled foundation that supported the ligthhouse remains in the river and is best seen by boat.