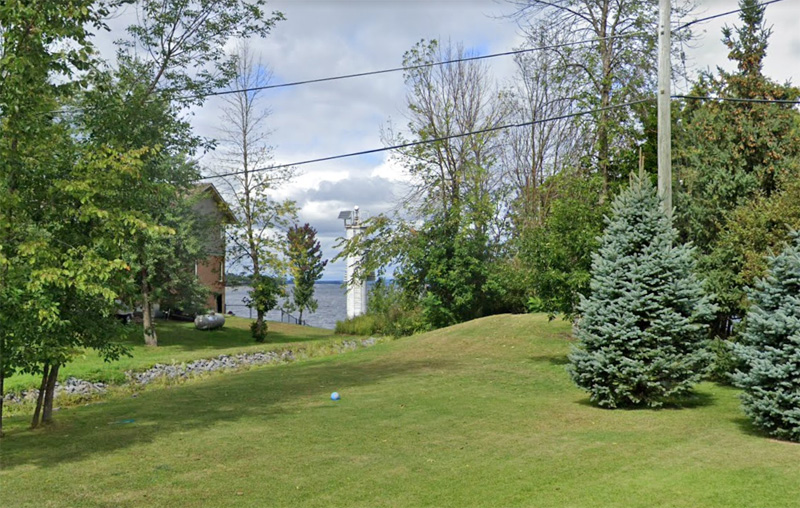 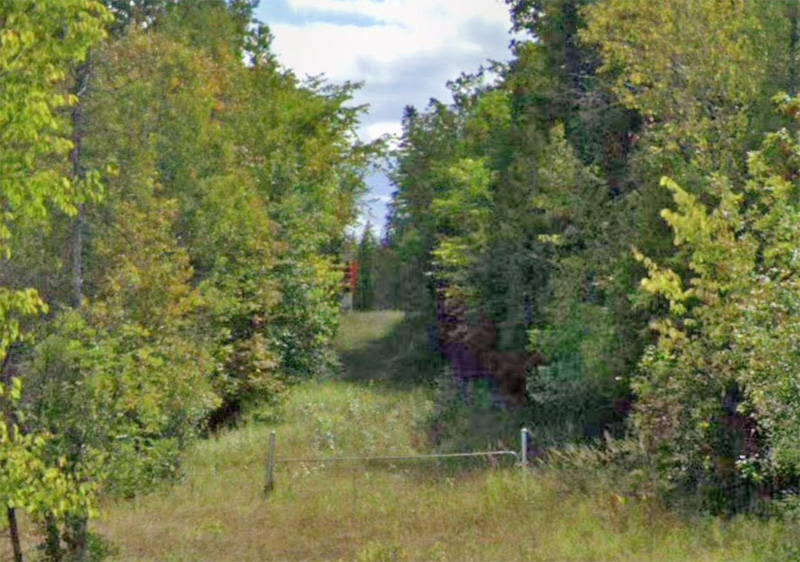 Lac Deschênes is a forty-four-kilometre-long section of the Ottawa River that runs from Chats Falls Dam near Fitzroy Harbour in the west to Deschênes Rapids at Britannia in the east. This section of the river is a little over 3.2 kilometres wide at its widest point and little more than a few hundred metres at its narrowest. The provincial border between Ontario and Quebec runs through the length of the lake.

In 1883, the Department of Marine established a light on Aylmer Island, Baskins Wharf, and Buckoms Point on Lac Deschênes along with three other places along the Upper Ottawa River as noted in the departments annual report for that year:

Six new lighthouses on the Upper Ottawa River, at the following points, via.: At Aylmer Island, in Lake des Chenes; Baskins Wharf, Lake des Chenes, about 12 miles above Aylmer; Buckoms Point, in the same Lake, about 16 miles farther up the Ottawa; Morrisons Island or Hawleys Island, about 3 miles below Pembroke, and McQuestions Point, on the south shore of the Deep River, about 25 miles above Pembroke. In each case a fixed white light is shown from a small dioptric lantern, hoisted to the top of a mast, having a small shed at its base.

William Baskin was appointed the first keeper of the lights at Baskins Wharf in 1883. Silas Sullivan took charge of the lights from Baskin in 1896 and served until his death in 1920. Mary Jane Sullivan looked after the lights for a few months following her husbands death until T.A. Campbell was appointed keeper in 1921.

During the service of Silas Sullivan, enclosed towers replaced the original mast lights at Baksins Wharf. The following description of the new lights appeared in the Annual Report of the Department of Marine for 1903:

Towers have been erected at this Ottawa river station to replace the masts from which lights were previously exhibited. The masts have been removed and the lights were shown from the new towers on the opening of navigation in 1903.

The front tower stands 60 feet back from the waters edge, and is a wooden building, square in plan, with sloping sides, painted white. The height of the tower from base to vane is 26 feet. The light is elevated 30 feet above high water mark, and should be visible 6 miles in the line of range, and across the lake at right angles to the line of range. The illuminating apparatus is a pressed glass lens. The illuminant is acetylene.

The back range tower stands 1/3 mile S.E. from the front tower. It is a similar building. The height of the tower from base to vane is 31 feet. The light is elevated 50 feet above high water mark, and should be visible 6 miles in the line of range. The illuminating apparatus is catoptric. The illuminant is acetylene.

In 1966, circular metal structures replaced the wooden lighthouses used at Baskins Wharf. The modern range at this location is known as Baskins Beach Range, and white cylindrical towers are used on the range to display fixed white lights. Both towers have an orange, triangular daymark and a black, vertical stripe.

For a larger map of Baskins Wharf Lighthouse, click the lighthouse in the above map.

The modern range lights can be seen on either side of Baskins Beach Road.