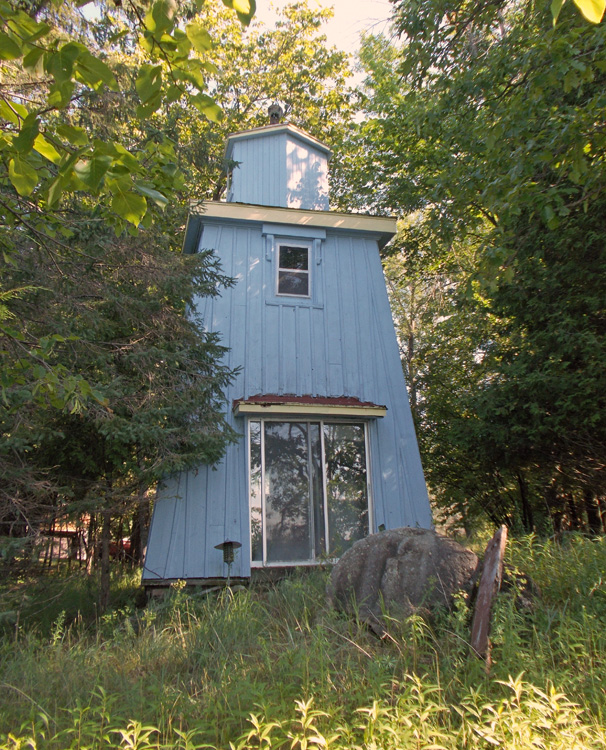 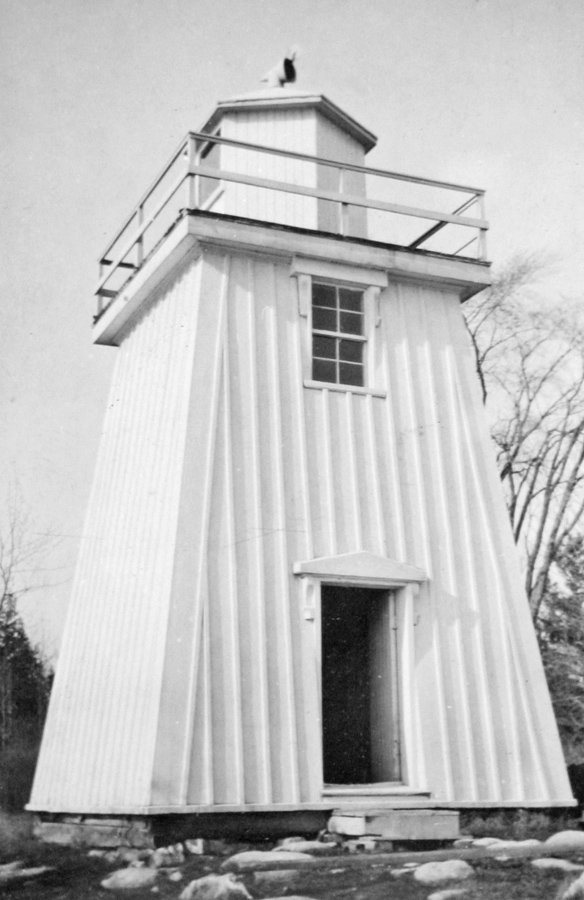 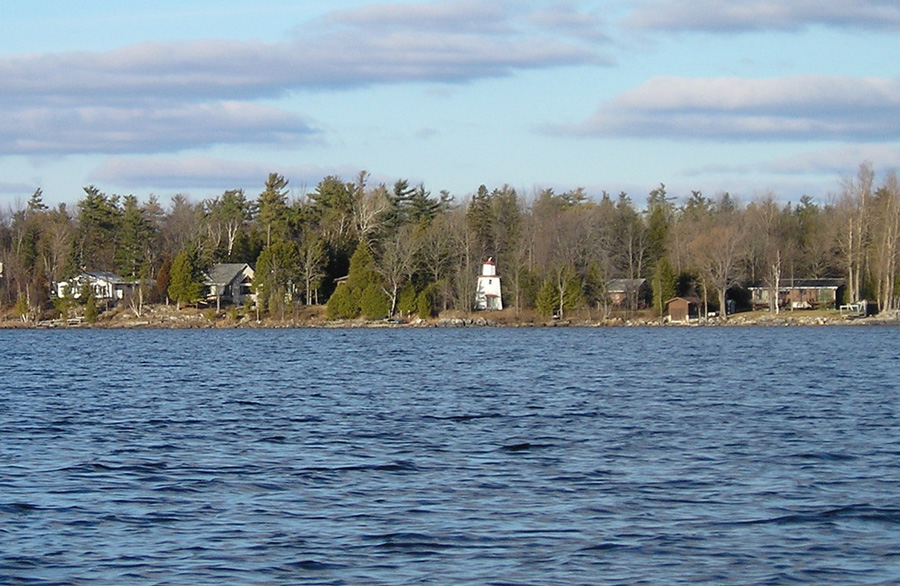 Morris Island, also known as Victoria Island, is located four kilometres downstream from Arnprior and just upstream from the Chats Falls generating station and dam that were built in 1929  1932. In 1873, a lighthouse was built on Morris Island as noted in the Annual Report of the Department of Marine for that year:

Three lighthouses of a minor class were erected during last season on the Upper Ottawa River, above the City of Ottawa. One of these is situated at the head of Morriss Island, one in Campbells Island, and the third on a high rocky islet at the mouth of Deep River. They are square wooden buildings, painted white, 20 feet high, and the lights are fixed-white catoptric, consisting of two mammoth flat-wick lamps, with 16-inch reflectors in each, and can be seen at a distance of 8 or 10 miles, where the view is not intercepted by the land. These lights were put in operation on 16th September last. Mr. Owen Smith was appointed keeper on the 14th day of July last of the light at the foot of Deep River, at a salary of $100 per annum; and Mr. Alexander Wilson was appointed keeper on 9th day of July last of the light in Campbell's Island, at $150 per annum. No appointment has yet been made for the third lighthouse. The total cost of construction and equipment of these three lighthouses, up the 31st December last, was $1,538.46.

Francis (Francois) Levan was hired as the first keeper of the lighthouse, which was fourteen feet square and was topped by a wooden lantern room with a diameter of five-and-a-half feet. Keeper Leavn was born around 1821 and according to an 1877 report had a family of five children. Little information is to be had about this lighthouse, but records do indicate that it had at least two female keepers. Mrs. Frank Bruere was in charge of the light from 1891 to 1897 and Catherine Rowan was keeper from 1908 to 1909.

The Canadian Coast Guard deactivated the light in October 1983, and in 1987, Public Works Canada sold the lighthouse to the highest bidder.

Morris Island Lighthouse is no longer active, but it still remains standing today.

For a larger map of Morris Island (Victoria Island) Lighthouse, click the lighthouse in the above map.

The lighthouse is privately owned.