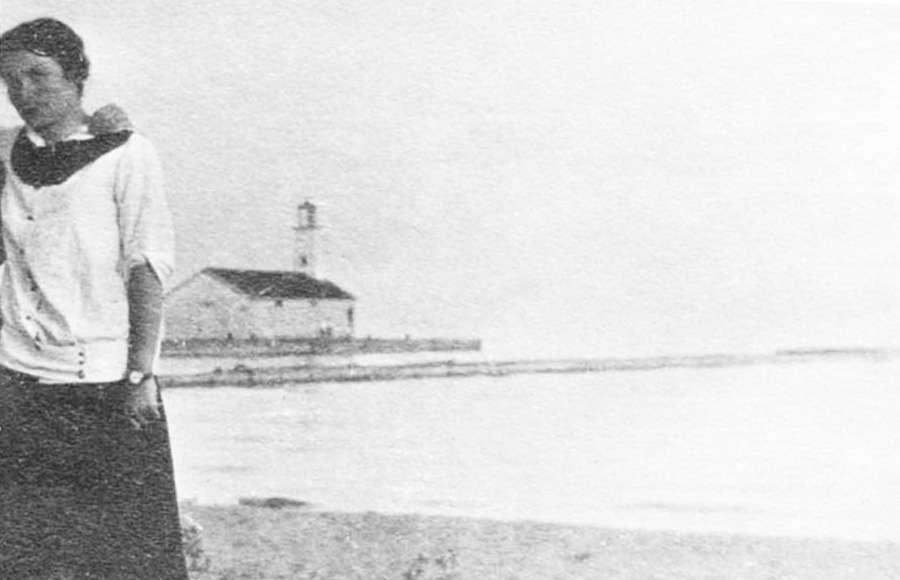 The 1907 book Sailing Directions for Lake Erie, Lake Ontario, and the St. Lawrence River to Montreal has the following information on Port Darlington:

Port Darlington is 8 miles eastward of Oshawa and about 42 miles NE. of Toronto. Bowmanville is the name of the town directly inland from the port. The harbor consists of a small bay and a channel between two parallel piers 160 feet apart, at the mouth of a small creek. The east or landing pier is 1,500 feet long and in a state of thorough repair. The west pier or breakwater is 1,200 feet long, but is rotted for 200 feet of its length above low water level, and its cribs require much refilling with stone. On the enlarged portion of the west pier at the outer end stands a storehouse and lighthouse. The harbor has a depth of about 11 feet.

LightA fixed white light, visible 41 miles, is shown from a store house on the end of the west pier.

In 1878, the Department of Marine contributed $100 towards the maintenance of Port Darlington Lighthouse and also decided to provide the necessary supply of oil required for the light. The following description of the lighthouse by Darius Smith, Superintendent of Lights above Montreal, is given in the departments 1878 report:

On the 6th July the steamer arrived at Port Darlington. The light tower is built on the top of a warehouse on the wharf, and shows a red and white catoptric light, which can be seen 6 miles. The lantern is of iron, 4 feet 6 inches in diameter, and contains four No. 2 sun-burner lamps with no reflectors; the height of the light is 42 feet from centre of light to the wharf. The whole building wants whitewashing. I would consider it very liable to fire from the nature of the goods stored in the building.

The lighthouse is kept in a very poor condition.

John McLellan is keeper, who has a family of four.

Early Light Lists described the lighthouse as a red, octagonal lantern on a white shed. The light was red from 339.5° to 343.5° and then, over an arc of thirty degrees on each side of the red sector, an unscreened light showed both red and white. Unlike most lighthouses in Ontario, Port Darlington Lighthouse never had a keeper employed by the Department of Marine as the harbour was controlled locally.

For some reason, Port Darlington Light was not listed in the annual Light List starting in 1944. The light was listed again starting in 1963, but then it was described a flashing green light with a period of four seconds exhibited from a mast. In 1967, the flashing green light was listed as being exhibited from a white, circular tower with a black top. The color of the top of the tower was changed to green by 1986.

In 2021, a white cylindrical tower with a green upper portion was displaying a flashing green light at the outer end of the west breakwater at Port Darlington. The light is no longer privately maintained.

For a larger map of Port Darlington Lighthouse, click the lighthouse in the above map.

The modern light at the end of the west breakwater can be viewed from the West Beach at Port Darlington.