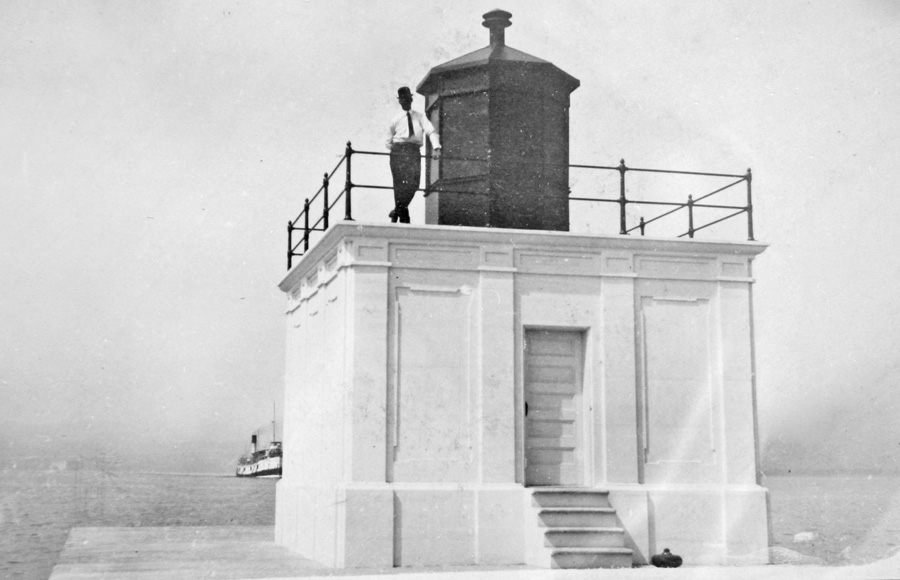 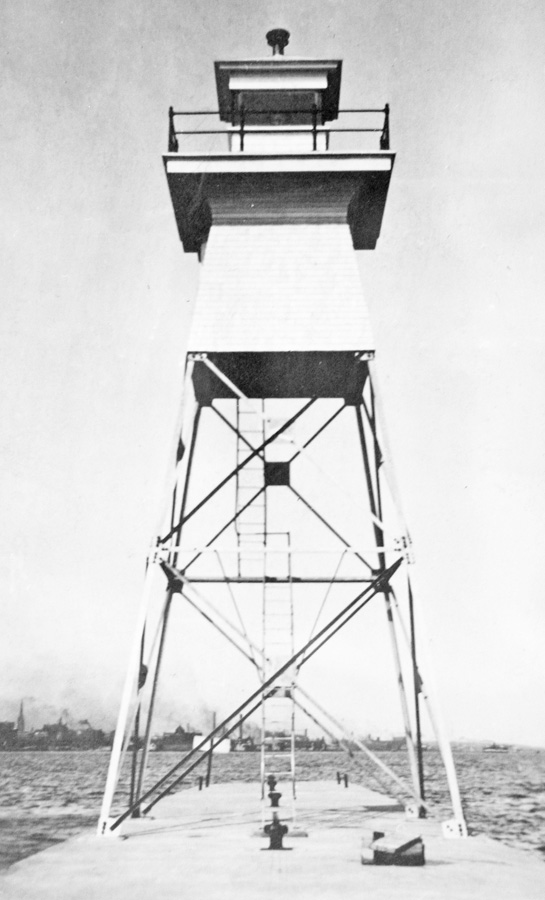 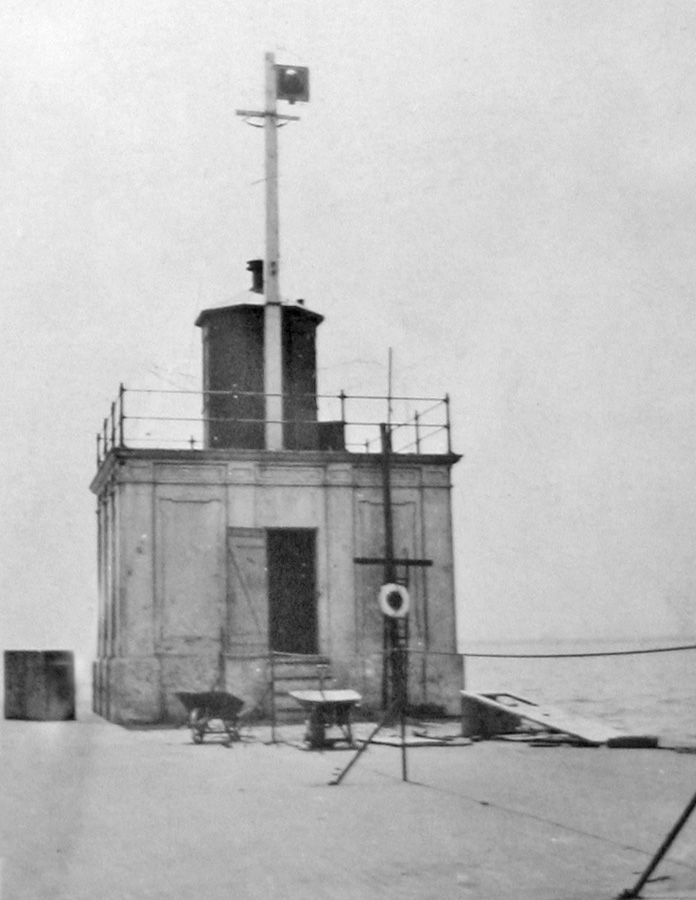 The Toronto Islands, which today serve as a recreational playground, were formerly part of a peninsula that arched out into Lake Ontario and formed Toronto Bay. Initially, the only entrance to the bay or harbour was through a gap between the tip of the peninsula and the mainland, but this changed in 1853, when a storm breached the peninsula. This new opening was easily repaired, but while bureaucrats debated whether a second entrance to the harbour would be beneficial, a more powerful storm carved out a more significant opening through the peninsula, and Toronto Harbour now had two entrances: the new East Gap to go along with the West Gap.

A light was built to mark the entrance to the East Gap in 1895, but it would not be until 1912 that lights maintained by a keeper were put in place to mark the West Gap, or western entrance to Toronto Harbour. The front light was produced by a sixth-order lens mounted in a red octagonal lantern room that rested atop a square, concrete structure, painted white, that was built at the end of the south pier. Goold, Shapley, & Muir Company of Brantford, Ontario supplied a two-section, steel, skeletal tower topped by a wooden watch room to display the rear light, which was also produced by a sixth-order lens. T.H. Brewer supervised the day labour that erected the range lights at a cost of $3,247.06. The two lights that formed the range were separated by 2,423 feet.

Fred Ward served as the first keeper of the West Entrance Range Lighthouse. In 1918, James B. Larder replaced Ward as keeper and served through at least 1945.

A fog bell, that was struck one stroke every five seconds, was used at the front range light to help mariners find the entrance during periods of limited visibility. In 1931, an electric air diaphone replaced the fog bell as part of changes applied to the range lights that year as noted in the Annual Report of the Lake Carriers Association:

The fixed red light near the outer end of the south pier and the occulting white light on the inner end of the south pier forming the range at the western entrance to Toronto Harbor were replaced by occulting green lights, automatically occulted at short intervals. The fixed red lights immediately below these range lights were changed to occulting green lights. An air diaphone operated by electricity was established on the outer extremity of south pier at western entrance to Toronto Harbor. The characteristic of this signal follows: Blast 2 seconds, silent 2 seconds; blast 2 second, silent 54 seconds. The fog bell has been retained as a standby in case of failure of the diaphone.

In 1958, the Western Entrance Range Lights were changed from green to red.

Lighted buoys are used to mark the Western Entrance to Toronto Harbour, which is near the Toronto City Airport.

For a larger map of Toronto West Entrance Range Lighthouse, click the lighthouse in the above map.