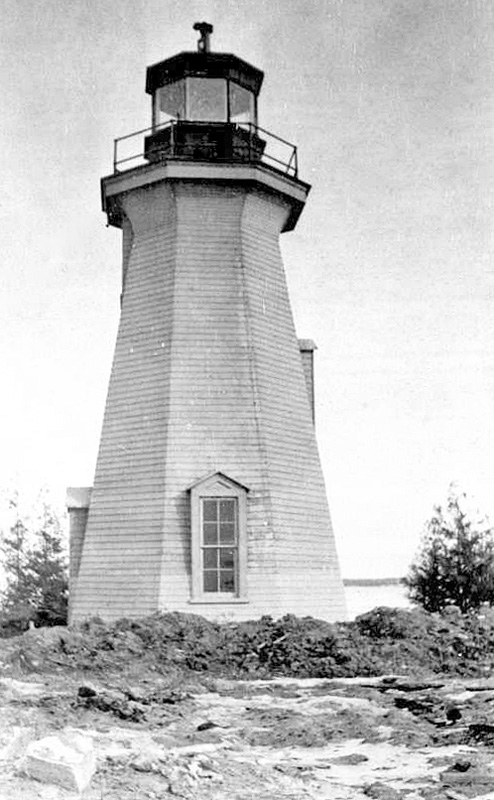 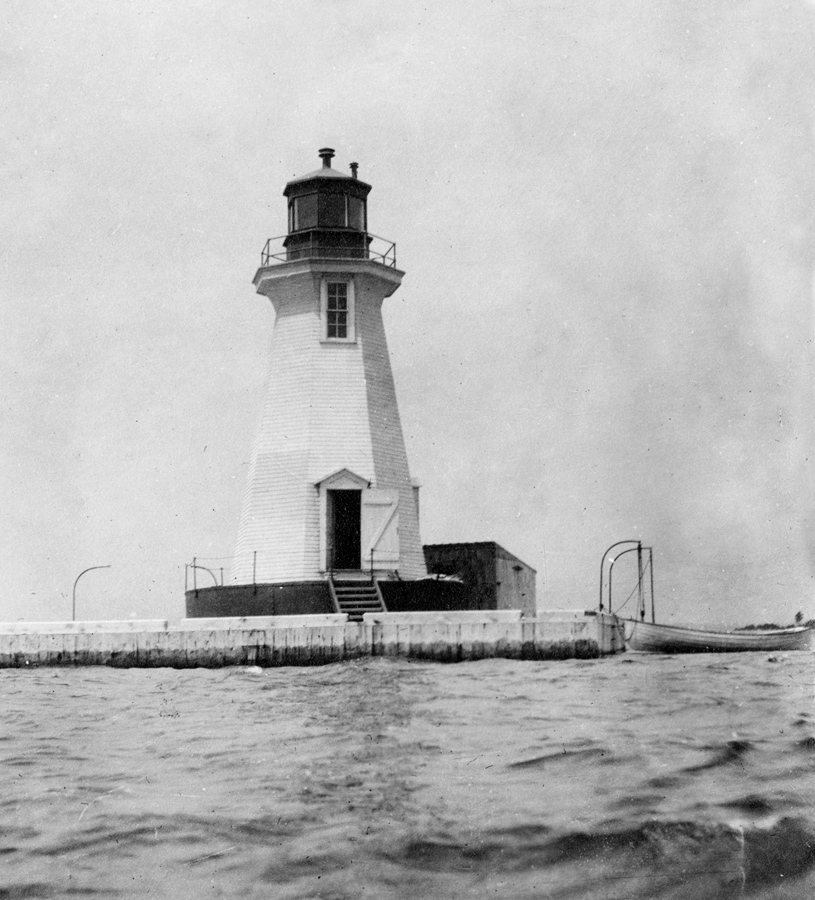 Snake Island lies roughly midway between Simcoe Island and Kingston. Calls for a lighthouse to mark the island appeared in the General Report of the Commissioners of Public Works in 1853 and 1855:

1853: At the entrance to the Bay of Kingston, Snake Island stands almost midchannel, and from it a very dangerous reef extends, on which several vessels have been lost. A light distinguished by color, from that on Nine Mile Point, would add very much to the safety of navigating that part of the Lake.

1855: The necessity for the establishment of a light on Snake Island, off the entrance to Kingston Bay, is daily becoming more apparent. Several disasters have occurred from want of it, and it is proposed, therefore, to recommend in the estimates a sum for the erection of such Lighthouse.

In 1856, the legislature of the Province of Canada appropriated funds for the construction of a lighthouse to help mariners avoid Snake Island and its shoals, but the commencement of the work was delayed until the best site for the light was determined. Work on the lighthouse progressed nicely in 1857, and it was hoped the lighthouse would be ready for lighting by June 1, 1858. This estimate proved too optimistic. A temporary light was exhibited from the island on April 18, 1858, and the new lighthouse was placed in operation in early August of that year. The lighthouse consisted of a square, stone tower that stood nearly thirty feet tall and was connected to a stone dwelling. Three lamps and two reflectors were used in the lantern room to produce a fixed red light.

Lewis Wartman served as the first keeper of Snake Island Lighthouse, but George Lamb soon replaced him. Lawrence Herchmer was in charge of the lighthouse from 1859 until 1868, when Nathaniel T. Orr was appointed its keeper because Keeper Herchmer was not able to personally attend to the duty. Nathaniel Orr had served as keeper of Lindoe Island Lighthouse in the St. Lawrence River from 1860 to 1861.

By 1876, six base-burner fountain lamps arranged in two circles in the iron lantern room were producing the light at Snake Island Lighthouse. The lamps were used along with three twenty-one-inch reflectors, two fifteen-inch reflectors, and one sixteen-inch reflector. In the spring of 1876, a big storm drove ice onto the pier on which the lighthouse stood on Good Friday, tearing away planking and iron sheathing on two sides of the pier along with some of the railing.

A report on the lighthouse in 1878, indicates that Keeper Orr had a family of ten, consisting of his wife and nine children. The 1871 census lists forty-nine-year-old Nathaniel Orr as a keeper on a shoal near Snake Island and gives his family as his twenty-nine-year-old wife Eliza, a twenty-one-year-old daughter from Keeper Orrs first wife, and four children ranging in age from six to one. The 1881 census shows that Nathaniel Orr and Eliza Orr had six children living with them, the four younger children from the 1871 census, plus two more daughters born since then.

During a trip back to the lighthouse in May 1888, Keeper Orr and Eliza fell through the ice and contracted pneumonia. The May 28, 1888 edition of the British Whig in Kingston noted the deaths of the couple roughly a week after this incident:

THEIR JOURNEY ENDED  A week since Mr. and Mrs. Nathaniel Orr, keepers of the light near Snake Island, in the harbor, caught cold while crossing to their home at the lighthouse. They contracted pneumonia and sank gradually, Mr. Orr, aged 70, being in a hopeless state from the first, though Doctors Irwin and Fenwick were most attentive. On Sunday husband and wife died within a few hours of each other; after travelling the journey of life together in loving trust they together laid the burden of life aside and were joined in death also. The deceased have been life-long residents of the islands about Kingston, were most industrious, and were held in general respect. A family, grown up, is left to bear the saddening blow of a double bereavement.

William B. Orr was appointed keeper of Snake Island Lighthouse after the death of his father. William would have been twenty-one years old at the time.

By 1898, Snake Island Lighthouse and its pier were in a very bad state of repair. Mariners had complained that the lighthouse was too far from the channel, so in 1898, the government decided to build a lighthouse in a new location instead of repair the old stone lighthouse. Work began on steel casing for a concrete pier to serve as a foundation for the new lighthouse in early 1898, but the ice was not sufficiently strong to work upon so the project was deferred until the next winter. The completion of the new lighthouse was announced in a Notice to Mariners in 1900:

The old lighthouse on Snake Island Shoal at the eastern extremity of Lake Ontario has been taken down and a new one has been built on the steel and concrete foundation described in part II of Notice to Mariners No. 39 of 1899, the new lighthouse being 850 feet S. 23° E. true from the old site.

The new tower is an octagonal wooden building with sloping sides, painted white, and surmounted by an octagonal iron lantern painted red. It is 39 feet high from its base on the pier to the ventilator on the lantern, and the top of the steel pier is 6 feet above the level of the water.

The light will be put in operation on the opening of navigation, and will be fixed red, elevated 38 feet above the level of the lake, and should be visible 6 miles from all points of approach by water.

The illuminating apparatus is dioptric of the 7th order.

The end of the service of William B. Orr coincided with the completion of the new lighthouse, and the 1901 census showed that he had become a cheese maker. John Whitmarsh served as keeper of the new Snake Island Lighthouse from 1900 to 1912, when Charles V. Sudds took charge of the light. Keeper Sudds had married Henrietta Orr, daughter of Keeper Nathaniel Orr, in 1890, so the Orr family was tied to the operation of the lighthouse for most of its existence.

In 1901, day labour under the supervision of W.B. Lindsay and under the foremanship of P. Asselstine built a seventy-five-foot-long timber work protection breakwater around the circular steel pier that supported Snake Island Lighthouse at a cost of $4,919.34. This protective work had a pointed nose on its west end and rose four feet above the water. A small boathouse was built on the pier near the lighthouse. No dwelling was built at the second Snake Island Lighthouse, so the keeper had to row to and from the light.

In April 1918, the octagonal, wooden lighthouse that marked the shoal extending from Snake Island was moved from its pier to the limestone bluff at Four Mile Point on Simcoe Island. Four Mile Point is the northernmost point on Simcoe Island and is on the opposite side of the channel from Snake Island. The light, which was renamed Four Mile Point Light, retained its fixed red characteristic after the move, and its focal plane in its new location was forty-seen feet above the water. A hand-operated foghorn that had prior to this time been operated from a shed on the point was relocated to the lighthouse.

For a larger map of Snake Island (Four Mile Point) Lighthouse, click the lighthouse in the above map.

No lighthouse exists on Snake Island or at Four Mile Point today, though a lgihted spar buoy was marking Snake Island in 2021.