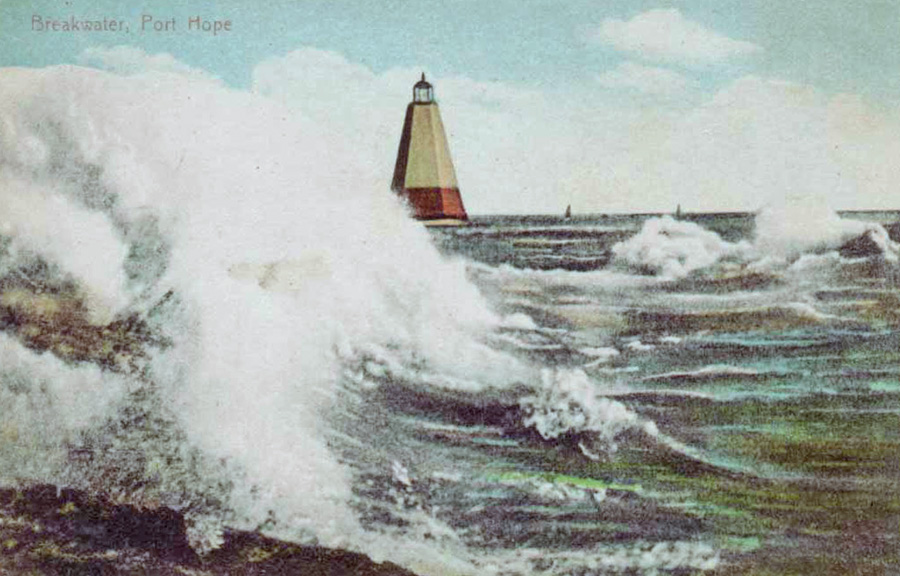 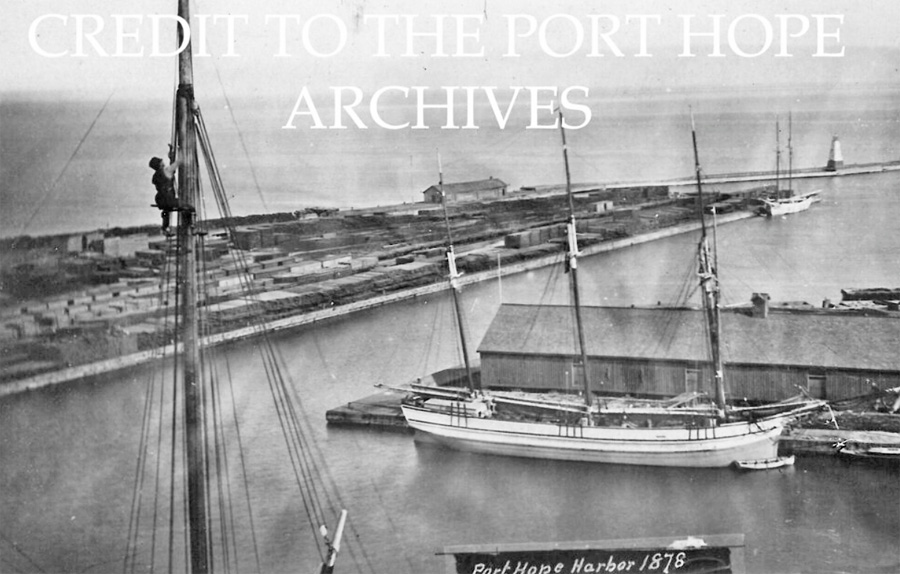 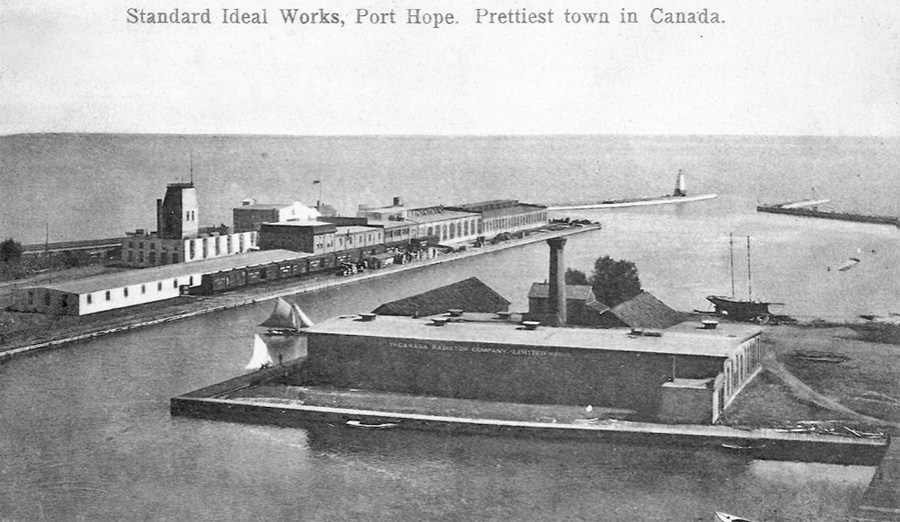 The 1907 book Sailing Directions for Lake Erie, Lake Ontario, and the St. Lawrence River to Montreal has the following information on Port Hope:

Port Hope, with a population of about 4,200, is a lumber and grain port, 63 miles northeastward of Toronto. There is an inner and an outer harbor with room for a considerable number of vessels, protected by an east pier 1,471 feet long, a west pier 1,641 feet long, and a breakwater 500 feet long, all in good repair. The piers are 120 feet apart. Vessels of 12 feet drat can use this harbor.

Light  A fixed white light, 40 feet above lake level and visible 4 ½ miles, is shown from a white, square wooden tower, 44 feet high, on the east pier, 110 feet from its outer extremity. Private light.

The Port Hope Harbour and Wharf Co. was incorporated in 1829, and in 1832 obtained an $8,000 loan from the government to make improvements at the mouth of the Ganaraska River. Part of this work included a wharf that was run out into the lake. This company sold the harbour to the town commissioners of Port Hope in 1852 for $46,000, and a board of harbour commissioners became responsible for the harbour. In 1857, two rows of piers were extended into Lake Ontario to the thirteen-foot contour to form a harbour with a basin at the inner end of the piers. The harbour was safe in any wind that was north of east or west, but if the wind was from the south, a swell would enter the harbour from the lake making it difficult to anchor vessels.

Light Lists indicate that the light on the pier was established in 1868, but other records indicate that there was a light on the east pier for some time before this. It is likely that the square, wooden lighthouse was built in 1868 but that a small beacon existed before this time. Unlike most lighthouses in Ontario, Port Hope Lighthouse never had a keeper employed by the Department of Marine as the harbour was controlled locally.

On May 15, 1917, the characteristic of the light at Port Hope was changed from fixed white to fixed red, without other change. In 1929, a white pole mounted about 100 feet from the outer end of the east breakwater replaced the square, wooden lighthouse that was surmounted by a hexagonal lantern room. At this time, the characteristic of the light was changed to a fixed white electric light shown from a pressed lens lantern.

For a larger map of Port Hope Lighthouse, click the lighthouse in the above map.

The modern lights can be seen at the entrance to the harbour at Port Hope.