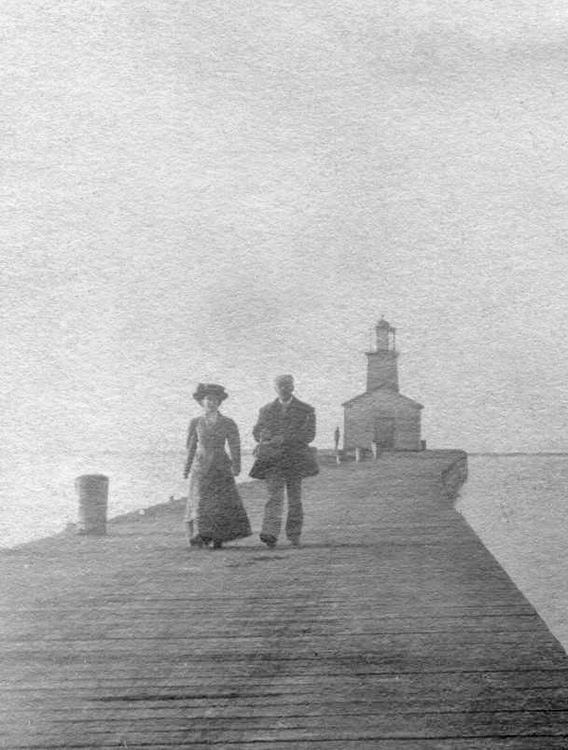 In 1889, the Department of Marine agreed to furnish a small dioptric illuminating apparatus and oil to the Newcastle harbour authorities who had constructed a very neat square wooden tower, surmounted by an iron lantern, rising from the roof of the companys storehouse on the end of the wharf. The fixed white light was placed in operation at the opening of navigation in 1890 and could be seen for ten miles from all points of approach. The light was elevated twenty-nine feet above the lake and replaced a small temporary light that the harbour authorities had previously maintained.

In 2021, a flashing green light, privately maintained by Newcastle Marina, was being displayed at the end of the western pier from a white cylindrical tower with a green upper portion.

For a larger map of Newcastle Lighthouse, click the lighthouse in the above map.

The modern light can be seen at the end of the western pier at Newcastle.