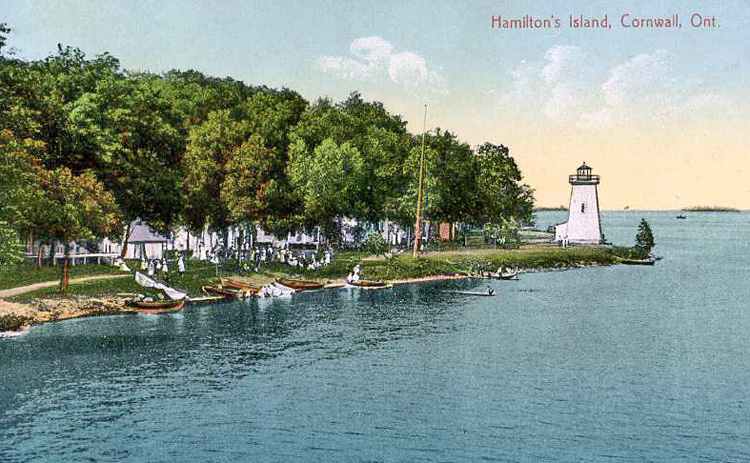 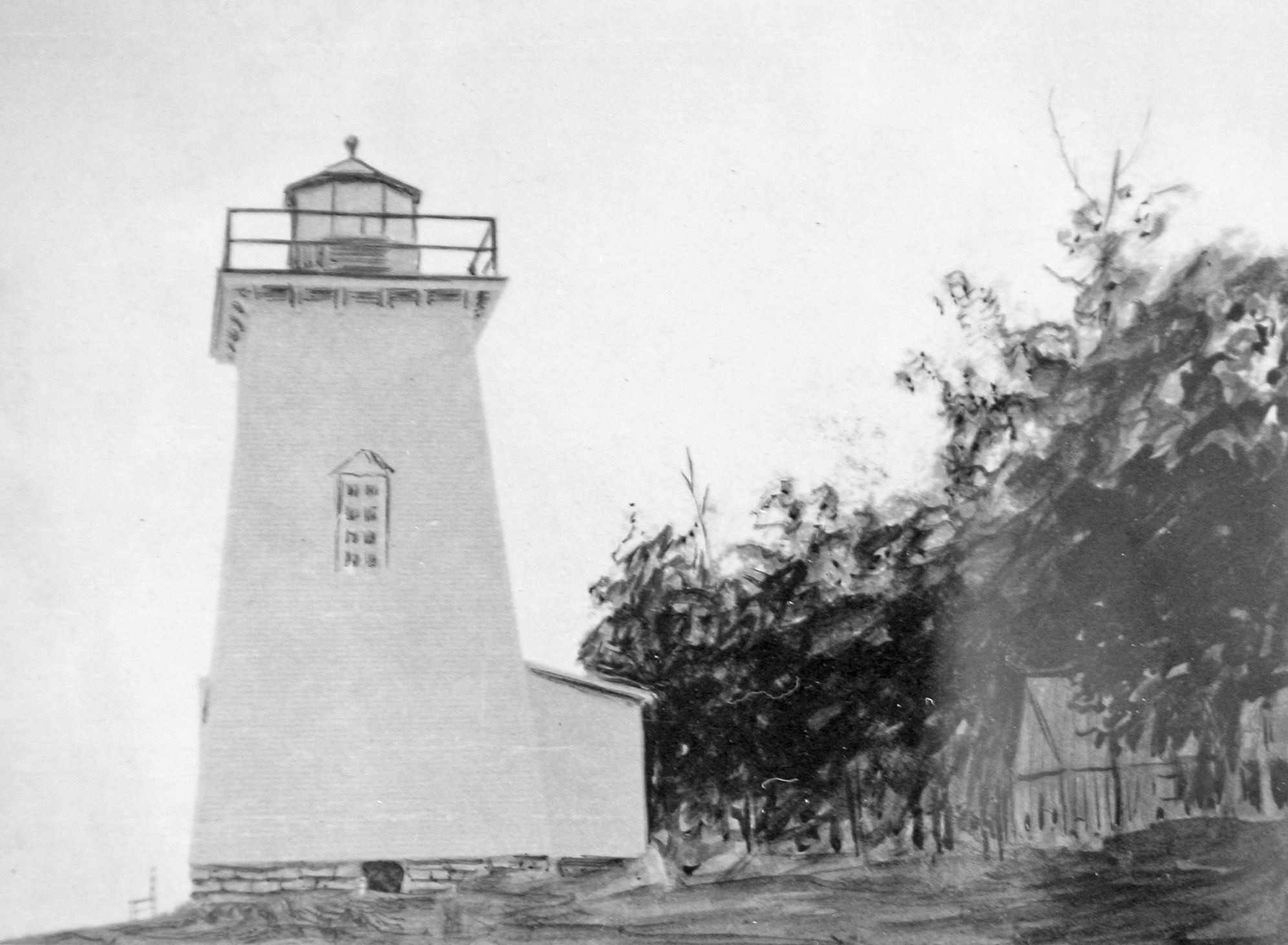 Hamilton Island is situated in the St. Lawrence River between Cornwall and Lancaster and is believed to have been named after Henry Hamilton, who served as Lieutenant Governor of Canada in 1785.

In 1873, a lighthouse was built on the southeast point of the island. The following description of the work is contained in the Annual Report of the Department of Marine for that year:

A new light was also erected on the south side of Hamiltons Island, in the River St. Lawrence, about eight miles below Cornwall. The light is a fixed white light on the catoptric principle, consisting of three mammoth flat-wick lamps, with 18-inch reflectors and can be seen at a distance of 12 or 15 miles when not intercepted by the land. Mr. John Hamilton, the proprietor of the land on which it is built, was appointed keeper on the 3rd September last, at a salary of $120 per annum. The tower is square, painted white, and built of wood, and there is no dwelling-house attached. The total cost of its construction up to the 31st December last, was $1,388.90.

John Hamilton served as keeper of Hamilton Island Lighthouse for roughly thirty years. In 1876, Keeper Hamilton built a sixteen-by-eighteen-foot addition to the lighthouse to serve as a kitchen. The cost of this work was $200. The lighthouse was seventeen-foot-square at its base and stood thirty-five feet high, so this addition provided a significant amount of more space. In 1892, the foundation of the lighthouse was repaired and repointed, and the tower was clapboarded.

Charles Neaves was listed as keeper of Hamilton Island Lighthouse in 1906 and 1907, and then it seems Remi Casgrain was responsible for the light from 1907 to 1914, along with a light at Cornwall Canal. After this, no keeper is listed for Hamilton Island Lighthouse, but the light remained in operation through at least the early 1930s. Today, two sets of range lights, Cameron Island Upper Range and Camerons Island Lower Range serve to guide mariners through this stretch of the river.

For a larger map of Hamilton Island Lighthouse, click the lighthouse in the above map.

No light is located on Hamilton Island today.