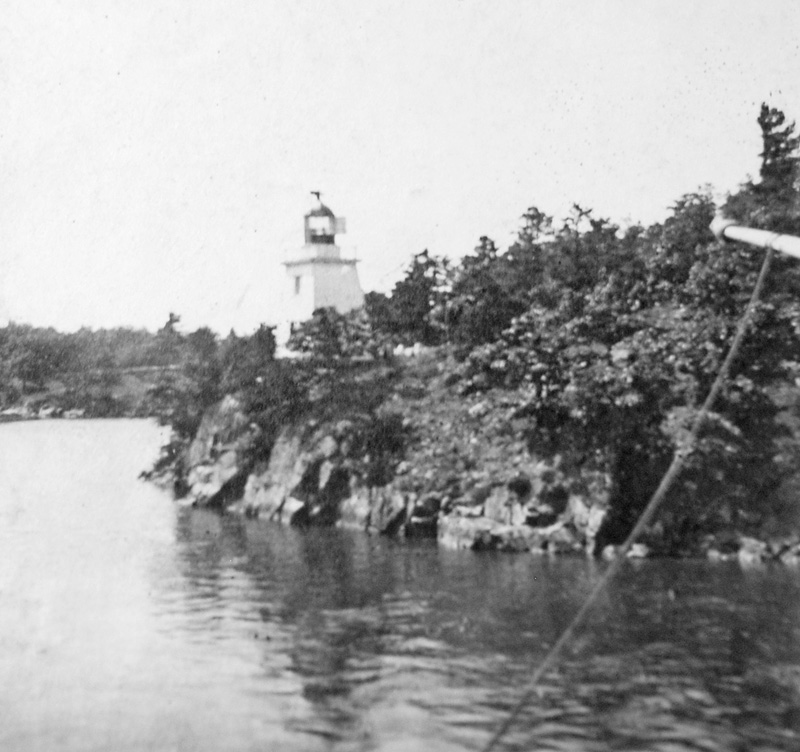 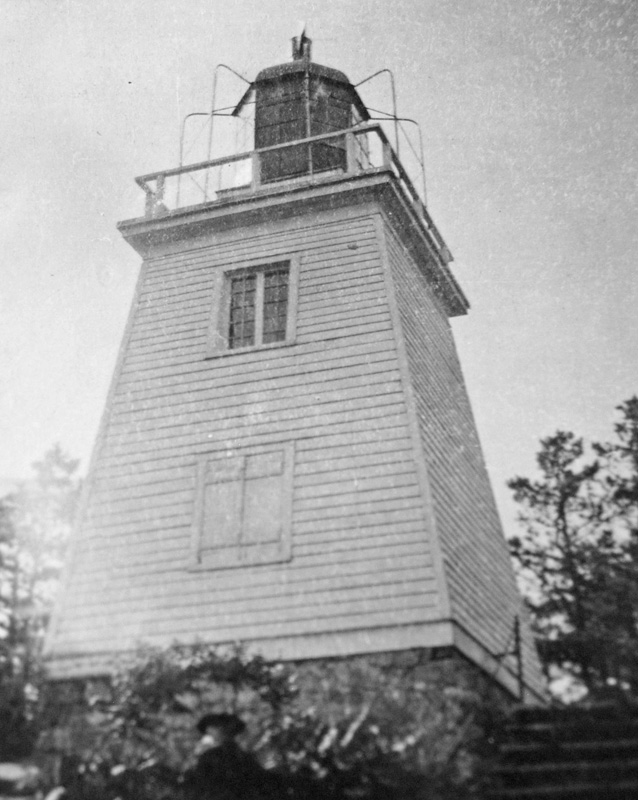 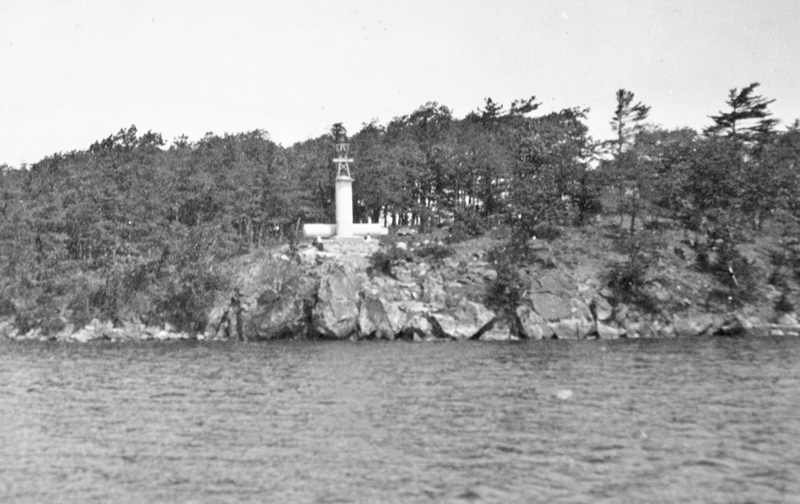 Grenadier Island, one of the Thousand Islands in the St. Lawrence River, is a long, narrow island situated just downstream from Rockport and Alexandria Bay. The island has a length of roughly eight kilometres, and an average width of about a kilometre.

Grenadier Island Lighthouse was placed on the southwest tip of the island and consisted of a square, wooden, tower that stood thirty-seven feet tall and exhibited a fixed white at an elevation of fifty-five feet above the river. Three lamps and reflectors were initially used in the lantern room, which had a diameter of six feet, to produce the light.

The first keeper of the lighthouse appears to be Joseph Austin, who served until 1863, when Albert Root was placed in charge of the light. Albert Root was born on Grenadier Island on January 1, 1837, and around 1856, he married Sarah Burtch. The couple had a total of at least fourteen children: Luther, Abel, Helen Lillian, Roanna, Safrona, Rosabelle, Janette, Lora, Sarah, Albert, Delbert, Gertrude Emily, Charles Edward and Clarence Willard.

A dwelling had been built for the keeper of Grenadier Island Lighthouse around 1861, but it is hard to imagine that it would have had room for all of the Root children. An 1876 report on the lighthouse noted that the station was very well kept. The report the following year recorded that Keeper Root had fourteen children, while the report in 1878 said he had a family of fourteen: thirteen children and a wife. Both the 1881 and 1891 census list the occupation of Albert Root as a farmer, so taking care of the lighthouse must not have required his full attention.

Albert Root served as keeper until 1908, when his son Delbert took over responsibility for the light. Delbert Root kept the light until an unwatched occulting acetylene light was installed in the lantern room in 1923. At this time or not long after, the lighthouse was changed to a lantern on a cylindrical tank. In 2021, the light on the island was a flashing white light displayed from a white cylindrical mast with a red upper portion. The lighthouse reserve on Grenadier Island was transferred to Department of Northern Affairs and Natural Resources in 1965.

For a larger map of Grenadier Island Lighthouse, click the lighthouse in the above map.