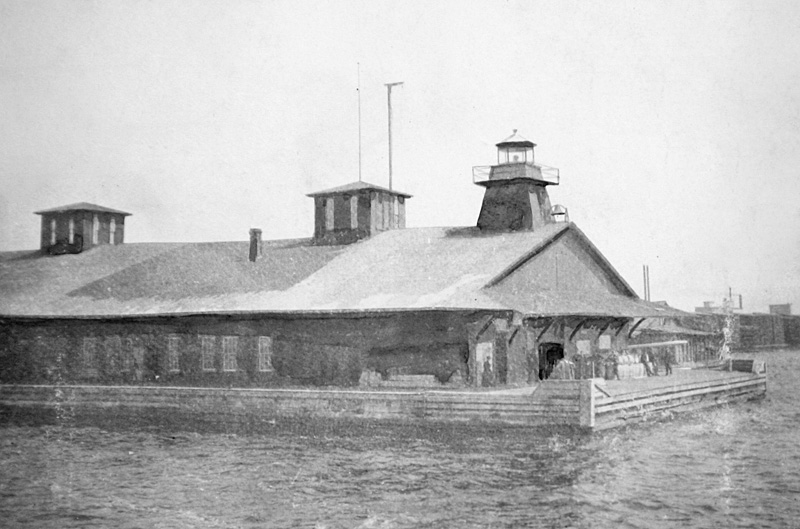 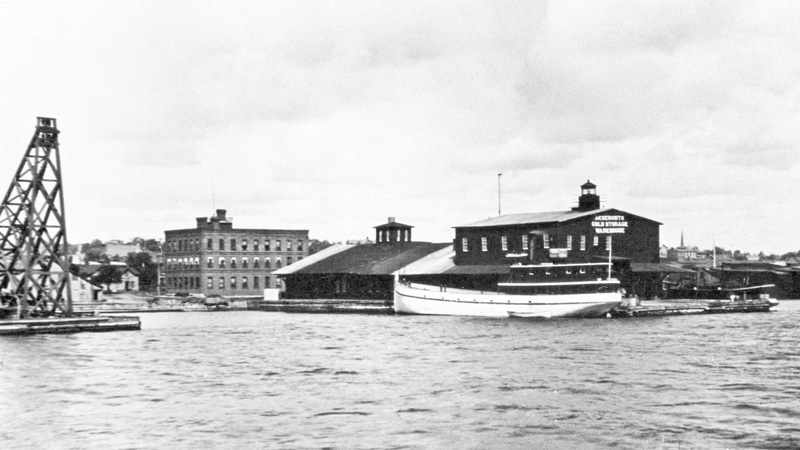 Deseronto is a town situated at the mouth of Napanee River on the shore of Bay of Quinte, on the northern side of Lake Ontario. The town was named for Captain John Deseronto, a native Mohawk leader who served as a captain in the British military forces during the American Revolutionary War. Following the war, the British Government acquired the area around the mouth of Napanee River from the Mississauga people for resettlement of loyalists from the colonies.

In 1848, Amos S. Rathbun, Thomas Y. Howe, and L.E. Carpenter acquired tracts of land at Deseronto and built the areas first sawmill. Hugo Burghardt Rathbun, Amos Rathbuns brother, continued the lumber business by himself after 1855 and built dwellings to house employees of his shipyard and sawmill, creating one of Ontarios earliest company towns. Timber was transported to Deseronto from upcountry by Rathbuns Bay of Quinte Railway and was then sent out on the companys steamships for delivery to points on the Great Lakes and the St. Lawrence River. During this period, the town was known as Mill Point, but in 1881, it adopted the name of Deseronto.

In 1884, the Department of Marine entered into a contract with the Rathbun Company for the construction of a lighthouse at Deseronto for the sum of $437.49. The lighthouse was built that year, and then placed in operation at the opening of navigation in 1885. The following description of the light appeared in the departments annual report for 1885:

A fixed white dioptric light at Deseronto, on the Bay of Quinté, in the County of Hastings, elevated 44 feet above the level of the Bay, and visible from all points of approach seaward. It is lit with gas supplied by the Rathbun Company. The building is a square wooden tower, surrounded by a projecting gallery, and surmounted by a hexagonal lantern, erected on the roof of the freight shed of the Bay of Quinté Railway, near the outer end of the companys wharf at Deseronto. The height of the vane of the lantern above the wharf is 46 feet. The light guides to Deseronto from the directions of Belleville, Picton and Napanee. The sum of $455.55 was expended on this lighthouse.

The freight shed and tower were both painted brown. Records indicated that $83.06 was paid for a Chance Brothers anchor light to be placed in the lantern room, and $372.49 was paid to Rathbun & Co. under a contract for building the lighthouse, making the total cost $455.55. No keeper was employed by the government to care of Deseronto Lighthouse. Rather, the Rathbun Lumber Company filled this role. Records show that the company was paid $200 each year from at least 1905 through 1914. In 1915 and 1916, Canadian Northern Railway was paid $200 for maintenance of the light.

According to the Annual Report of the Lake Carriers Association, the fixed white light on the railroad wharf at Deseronto was discontinued about October 1, 1916.

For a larger map of Deseronto Lighthouse, click the lighthouse in the above map.