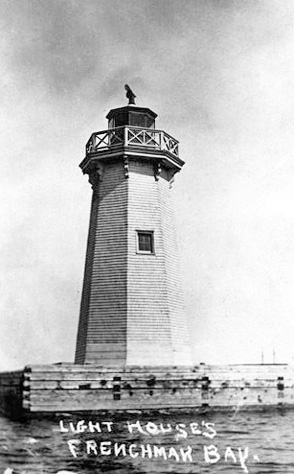 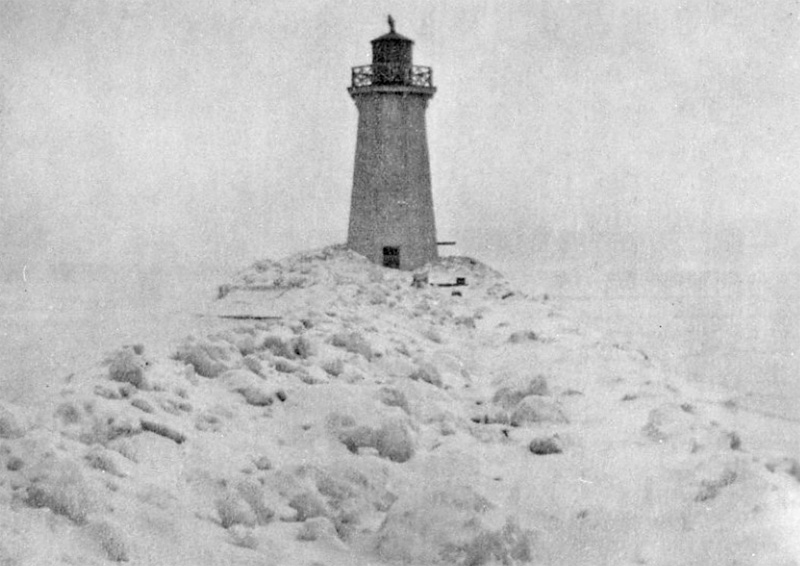 Frenchmans Bay is a body of water at Pickering on the north shore of Lake Ontario. The bay was landlocked before a canal was dug through a sandbar in 1843 to allow vessels to call at what was then called Port Liverpool.

The following description of the bay appeared in History of the Great Lakes, published in 1899.

The Port of Liverpool, or Pickering, is situated 26 miles east of Toronto. It is formed by a deep bay, formerly known as Frenchmans Bay, running into the land, and it is separated from the lake by a gravelly beach, through which the harbor company previous to 1857 cut a channel 100 feet white. The average depth of water inside the bay was then 9 feet, at the outer mouth between the piers 11 feet and at the inner mouth 7 feet. Through this channel a current runs in and out of the bay with great regularity once in about four minutes. The harbor is completely land locked, and is therefore well sheltered. In 1857 there was a lighthouse on the east pier, but the light could scarcely be seen five miles into the lake. Two piers were built here by the local authorities in 1878 and 1879, and the government extended the western pier 60 feet, and dredged between the piers so as to give a depth of 11 feet of water.

The lighthouse here is known as Frenchmans Bay or Pickering, and is situated on the east pierhead. It was established in 1863, and rebuilt in 1880.

In the spring of 1877, the federal government assumed responsibility for the maintenance of the lighthouse on the east pier at the entrance to Fishermans Bay and James McClellan was appointed keeper of the light at an annual salary of $100. At this point, the lighthouse was a wooden, octagonal tower that stood seventy-three feet tall and had a wooden lantern room. Four lamps were suspended from the top of the lantern room and two fifteen-inch and two ten-inch reflectors were used to project a fixed white light.

William OBrien was placed in charge of the lighthouse in 1904, and he served until the occulting white light displayed from east pierhead at Frenchmans Bay was discontinued on September 1, 1915.

For a larger map of Frenchmans Bay Lighthouse, click the lighthouse in the above map.