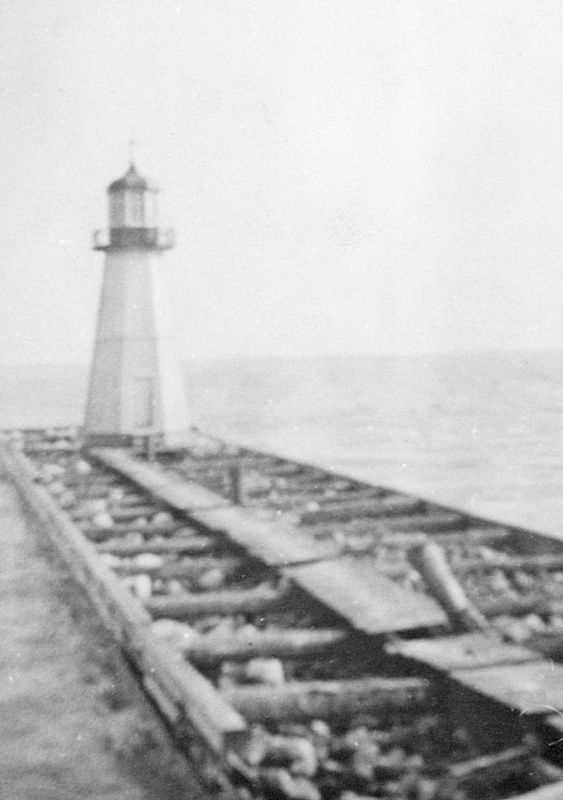 Whitby is situated on the north shore of Lake Ontario, just east of Toronto. Whitby Township was originally surveyed in 1792, and its chief asset was its natural harbour on Lake Ontario, from which grain from farmland to the north was first shipped in 1833.

The following description of Whitby Harbour appeared in History of the Great Lakes, published in 1899.

Whitby harbor, formerly Windsor harbor, is about thirty miles east of Toronto. It is one of the best on the north side of the lake, standing near the center of a deep bay, between Raby Head on the east and Scarborough Heights on the west. The harbor is formed of a string breakwater of riprap work stretching across the head of the bay, by which it is separated from the lake and includes a spacious basin, the entrance to which is at the eastern extremity between piers running south a considerable distance into the lake, 250 feet apart, and with a depth of about 14 feet of water in the channel. A strong current sets in and out of this harbor, and in 1857 there was a lighthouse built on the end of the pier to the west.

During the latter part of the year 1890, dredging was carried on to the extent of removing 9,930 cubic yards of material. The dredge Nipissing was engaged here from September 16 to October 1, 1894, removing a shoal. In 1894 the government made two cuts of 578 feet long, 44 feet wide on the shoal, extending beyond the piers, and one cut in the harbor alongside the east pier 116 feet long, 22 feet wide, all to a depth of 12 feet, removing 3,780 cubic yards of material. The lighthouse at Whitby is on the west pier, and was established in 1844. It is not under the Marine Department.

As noted above, the first lighthouse at Whitby was built in 1844. A much larger octagonal, wooden lighthouse, measuring fourteen feet at its base and standing nearly forty feet tall, was built on the west pier in 1857. Harbour Master Christopher McDermott designed the 1857 lighthouse, and Hugh Chisholm served as general contractor for its construction.

Since the Department of Marine did not build nor was responsible for the lighthouse for much of its existence, the names of its keepers are not available in government records. The Port Whitby Harbor Company was listed as its keeper from 1905 until 1911, when Richard Goldring became keeper of Whitby Lighthouse.

At the opening of navigation in 1915, a fifth-order dioptric lens replaced the pressed lens being used in the lantern room atop the wooden lighthouse. This improved the fixed white light that was being exhibited from the west pier. Keeper Goldring served until 1923, when an automatic Aga light was installed in the lighthouse, changing the characteristic of the light from fixed white to occulting white.

The octagonal, wooden lighthouse on the west pier served for just over a century. In September 1958, it was removed from the pier when improvements to the harbour were made. The wooden lighthouse was later taken to the Muckle farm, west of Cranberry Marsh.

A skeletal tower, displaying a flashing red light with a period of six seconds at a height of twenty-five feet above the lake, was placed on the new concrete east pier in 1958. The characteristic of the wooden lighthouse just before its removal had been flashing green. The annual Light List for 1961 shows that a pair of range lights had been established to mark the entrance to Port Whitby in place of the pier light. The front light was a fixed red light displayed from a concrete structure at the outer end of the east pier, and the rear light, also fixed red, was displayed from a skeletal tower locate on shore 658 feet from the front light.

For a larger map of Whitby Lighthouse, click the lighthouse in the above map.

Modern lights mark the end of the east pier and west breakwater at Port Whitby today.