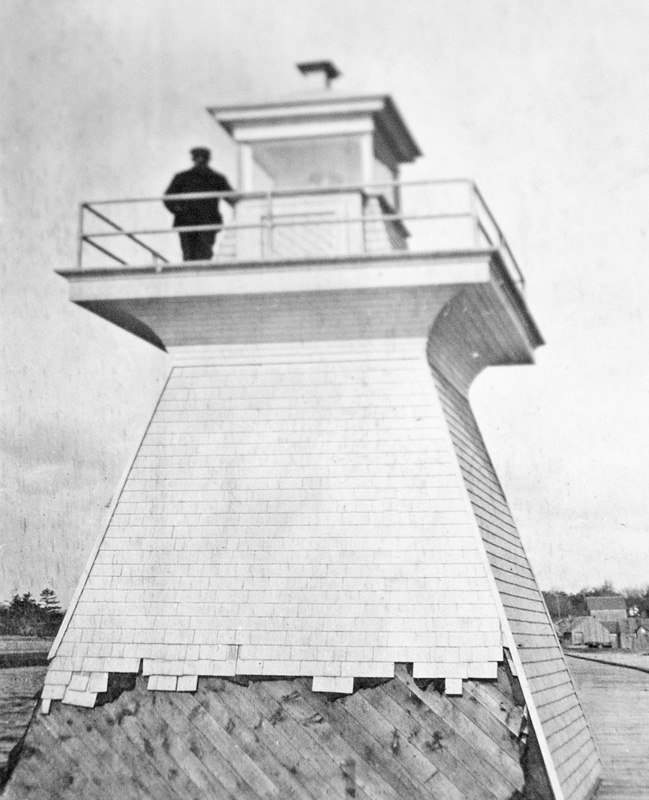 Bronte was founded in 1834 as a fishing village at the mouth of Twelve Mile Creek, which is known locally now as Bronte Creek. In 1906, Messrs. Orange, Ribble & Co. built a small wooden lighthouse on the north pier at Bronte under an $800 contract. The square, pyramidal tower stood twenty-seven feet tall and was surmounted by a square lantern housing a sixth-order lens that produced a fixed white light that could be seen up to ten miles out on Lake Ontario. Charles Osborne, the first keeper, placed the light in operation for the first time on October 17, 1906.

A storm damaged the lighthouse not long after it was established necessitating $175 in repairs.

Charles Osborne served as keeper through at least 1923. The square, wooden lighthouse appeared on the annual light list through 1956, and then in 1957, a skeletal tower, displaying a flashing white light, started to be listed.

In 2021, a white cylindrical tower with a red upper portion was displaying a flashing red light near the outer end of the north pier at Bronte, which is now part of the Town of Oakville.

For a larger map of Bronte Lighthouse, click the lighthouse in the above map.

A modern light is located at the end of the pier today.