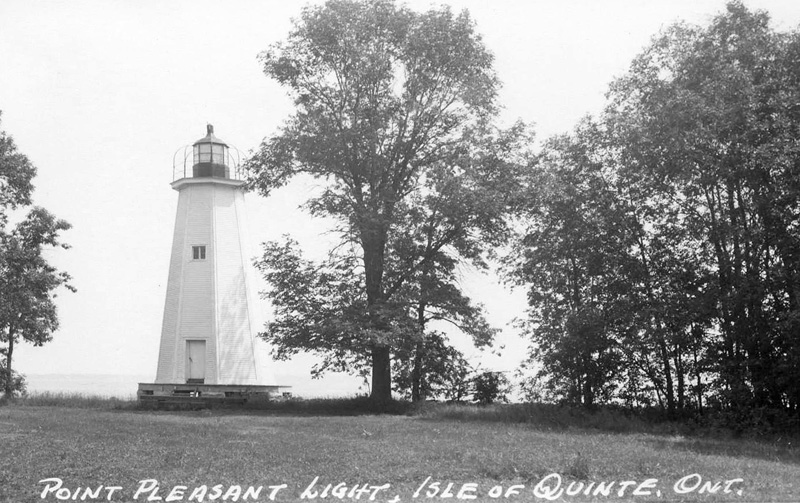 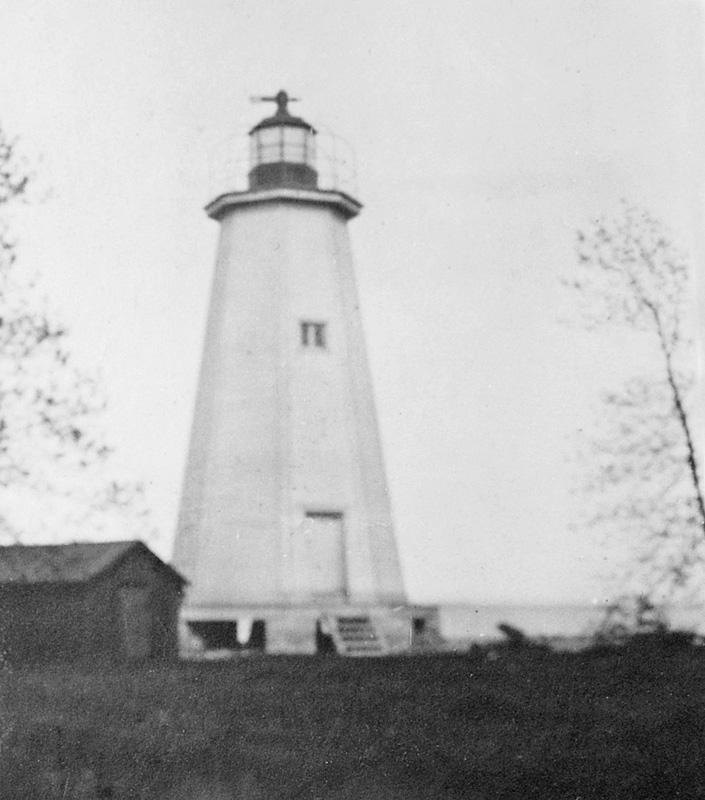 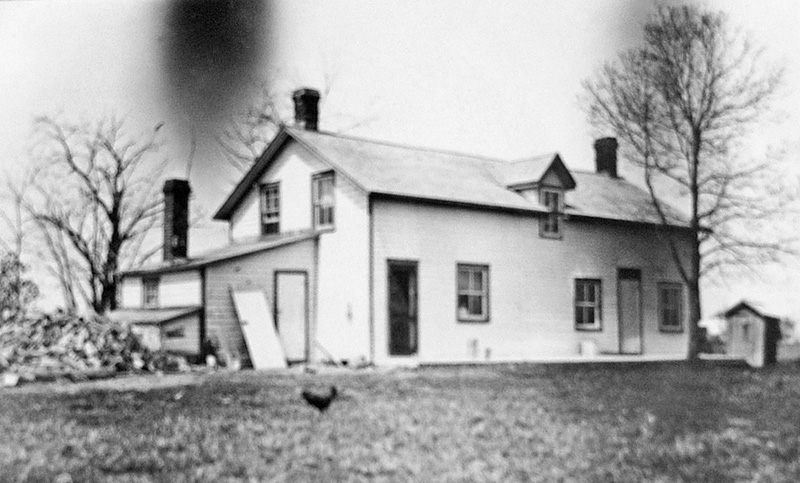 The Department of Public Works noted the need for a lighthouse on Point Pleasant in 1853:

A Pier and light on Indian Point in the Bay of Quinte, would tend importantly to the safe entering of that Bay by the Upper Gap. A great many vessels now trade between this Bay and Oswego, and the entry to the Gap, on a dark and stormy night, is both difficult and dangerous. The Light referred to would give confidence to Masters of Vessels, and would enable them to enter, when, without it, they would be obliged to stand out all night.

Though the need for the light was noted early on, arrangements were not made for its construction until 1865. The lighthouse was placed in operation in 1866 and consisted of an octagonal wooden lighthouse topped by an iron lantern. The tower stood fifty-two feet tall, and an array of lamps and reflectors was used in its lantern room to produce a fixed white light. The lighthouse stood atop a pier that was thirty feet, five inches square and five feet high.

John Prinyer served as keeper of the light from 1867 until 1898. A report on the lighthouse in 1877 noted that he had a family of five and kept his light in very good order. A keepers dwelling was located near the lighthouse.

On the opening of navigation in 1897, a seventh order lens replaced the lamps and reflectors in the lantern room. This change produced a large savings in oil as only one lamp was needed inside the lens. The light produced by the lens also had another advantage  it was of equal intensity in all directions. At the time of this change, the lantern platform and roof were recovered with galvanized iron.

Day labour, under the direction of M.J. Egan, carried out significant repairs to the station in 1908. Concrete foundations were placed under the dwelling, and its flooring was renewed. The tower was also repaired, and the boathouse placed in good condition.

In 1943, the characteristic of the light was changed from fixed white to fixed green.

In 1956, the octagonal wooden tower, which had fallen into disrepair, was toppled and then set ablaze. A steel, skeletal tower had been erected near the lighthouse to continued displaying a fixed green light from Pleasant Point. No light is displayed at Pleasant Point today.

For a larger map of Point Pleasant Lighthouse, click the lighthouse in the above map.