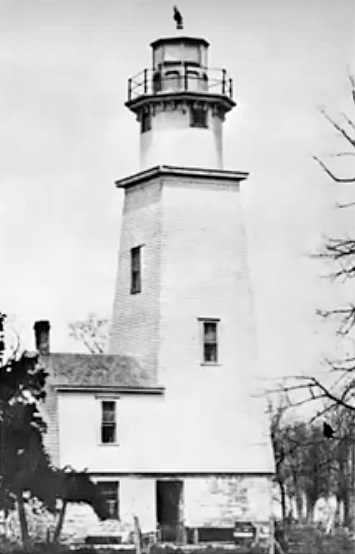 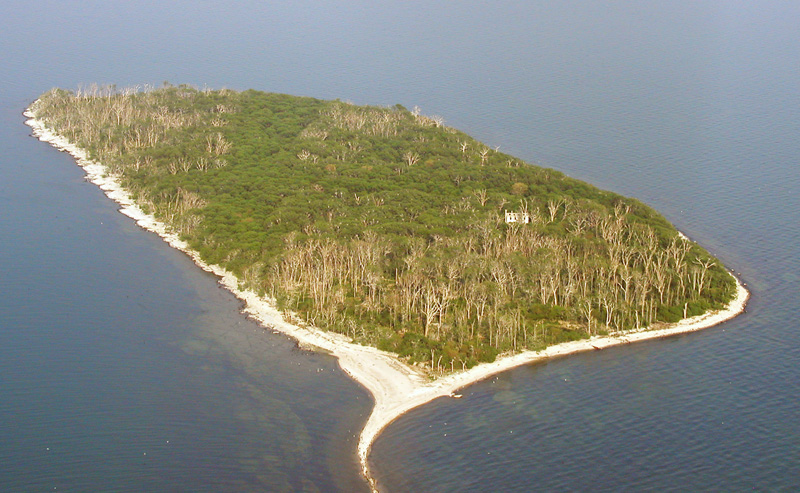 Middle Island, the southernmost point in Canada, lies roughly midway between the Ontario shore and the Ohio shore in Lake Erie. The island is part of the Lake Erie Islands, an archipelago that stretches across the western end of Lake Erie.

The new lighthouse recently erected at Middle Island, Lake Erie, near Pelee Island is a powerful red light, constructed on the catoptric principle, and was exhibited for the first time on the 11th September, 1872. The amount expended on it during the year ended 30th June last, was $2,224.35, while the amount expended on it during the previous fiscal year was $1,300, making the total cost at the end of the last fiscal year $3,524.35. No permanent keeper has yet been appointed to it, but Mr. L. S. Brown, who is the lessee of the island and lives on the spot, has consented to take charge of it in the meantime, for the sum of $100 per annum. This is a more economical arrangement than could be made by appointing a keeper to come from some other place to attend to the light.

Lemuel S. Brown served as a temporary keeper of the lighthouse until his appointment at an annual salary of $150 was made official in 1880. With the establishment of Middle Island Lighthouse in September 1872 as a fixed red light, it became necessary to modify the characteristics of other lights in the area to avoid confusion. Pelee Island Light was changed from a fixed red to a fixed white light, and the light at Point Pelee Spit was changed from a fixed white light to a revolving white light. Middle Island Lighthouse consisted of a square, wooden tower topped by an octagonal, wooden lantern room that held an array of lamps and reflectors. Ruby glass panes were suspended in front of the reflectors to produce the fixed red light. The wooden lighthouse rested on a stone foundation and measured forty-nine feet in height from its base to the vane on its lantern room.

Lemuel Brown served until 1886, and his roughly fourteen years of service was longer than any subsequent keeper. The next longest serving keeper was William K. Wilson, the eighth and final keeper of the lighthouse, who served from 1914 until 1923, when the light was discontinued. The 1921 census shows that the fifty-nine-year-old keeper and his wife Elizabeth had three sons and a daughter still living with them.

In 1892, the lighthouse was thoroughly renewed and shingled, but the account was not immediately settled as the work was undertaken without explicit authority. In 1893, William P. Anderson, the chief engineer of the Department of Marine, visited the island to settle the dispute. Anderson found that the work had been carried out due to a misunderstanding of the instructions given to Keeper Mallott. As the work was efficiently done and the prices were reasonable, a payment was made to cover the improvements.

In 1916, day labour, under the direction of T.H. Brewer, built a boathouse and oil shed at the station and reshingled the dwelling.

The abandoned Middle Island Lighthouse burned sometime after 1955. The Nature Conservancy of Canada purchased Middle Island in 1999 at an auction in Cleveland, Ohio for $1.3 million (CA$) and donated the island the following year to the Parks Canada. The island is now part of Point Pelee National park.

For a larger map of Middle Island Lighthouse, click the lighthouse in the above map.