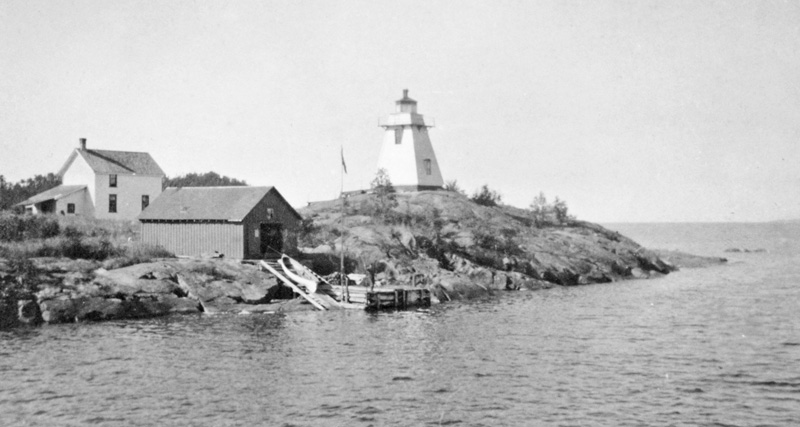 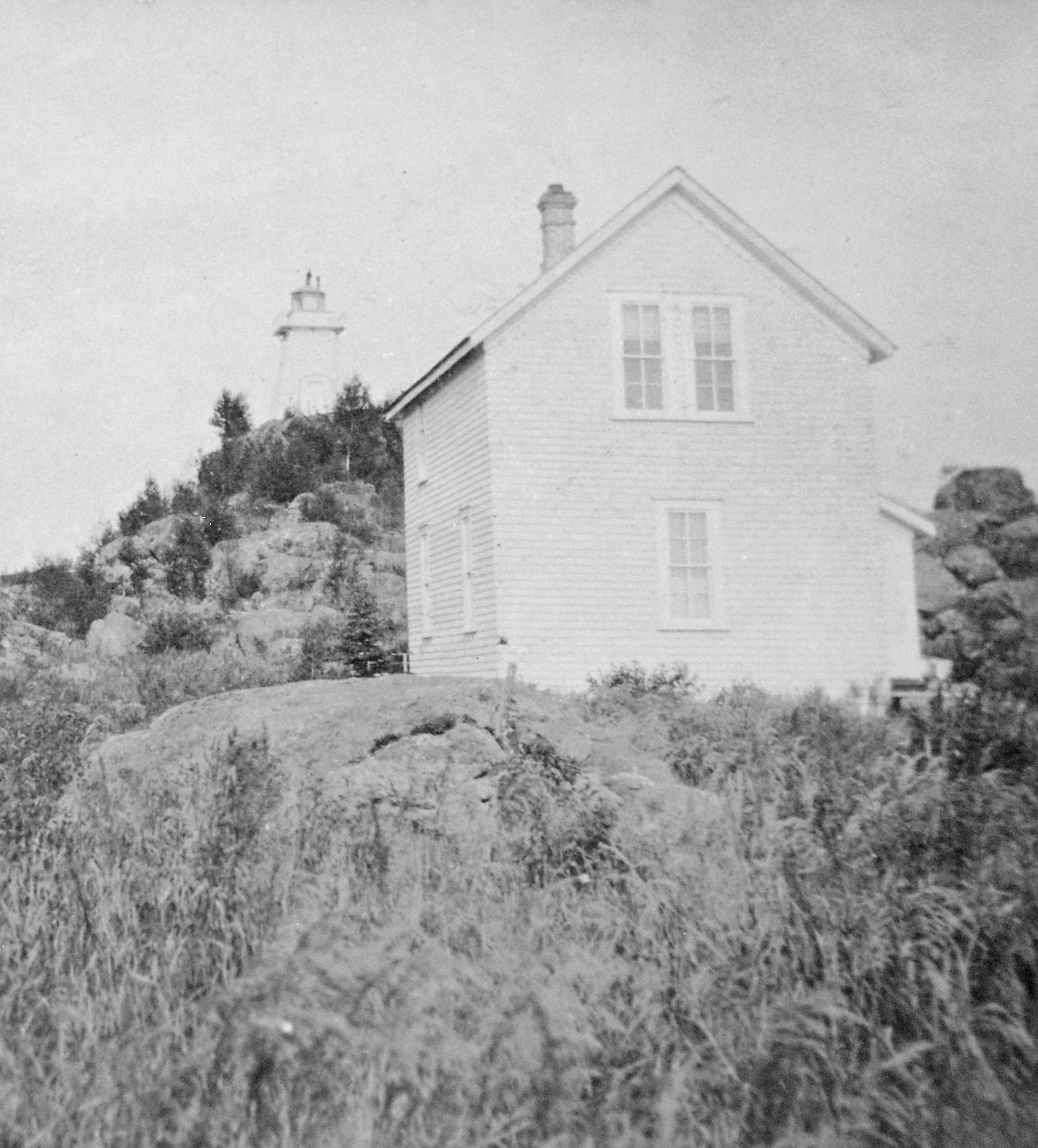 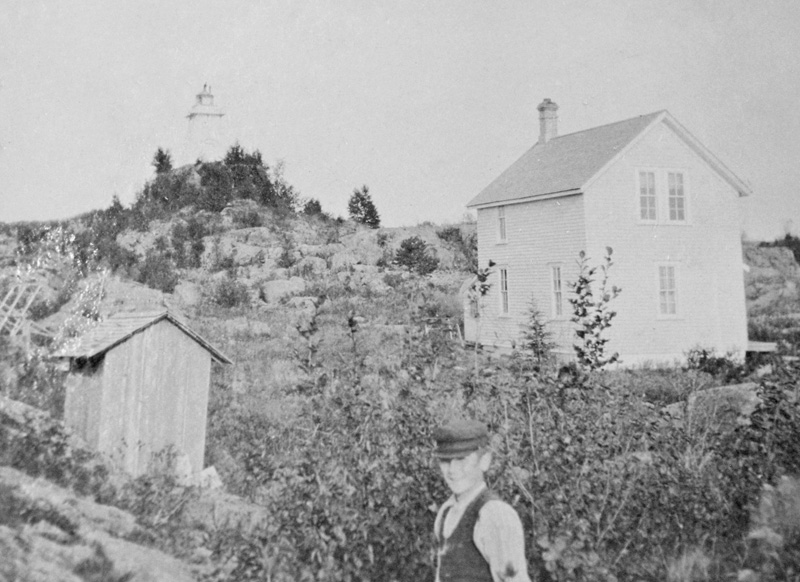 A tower and dwelling house were built on Victoria Island, Lake Superior, as contemplated, and the light put in operation last autumn, the temporary light up to that time shown hoisted on a pole being at the same time discontinued. The light is fixed white, elevated 89 feet above the lake, and visible fifteen miles all around the horizon, except where intercepted by trees on the north and east parts of the island. The illuminating apparatus is dioptric of small size. The tower is a square wooden building painted white, surmounted by an iron lantern painted red. It stands upon a high rock rising abruptly from the low ground near the western extremity of the island. The building is 30 feet high from the rock to the vane on the lantern. The keepers dwelling and outbuildings, also of wood painted white, stand on the lower ground to the south and westward of the tower. The work was done under contract by Mr. John George, the contract price being $2,773. The total expenditure in connection with the work amounted to $3,949.12.

Keeper Singleton looked after the temporary light until 1884, when A. Debakanong was placed in charge. Keeper Debakanong was still looking after the light when the permanent light was built in 1887.

George Cosgrove served as keeper of the lighthouse from 1889 until 1913. During his service, the lighthouse was moved 400 feet to the southwest in 1904 from the knoll on which it stood to the western end of the island. W.J. Stewart a hydrographical surveyor recommended the move, which was performed by day labour under the supervision of W.H. Brunel for $585. According to a newspaper article, a heavy windstorm caused the original lighthouse to topple over in September 1904, and it was demolished beyond repair. It is thus likely that a new tower was constructed when the light was moved to the western point of the island.

In 1913, the light was improved through the installation of a fourth-order lens in place of a seventh-order lens used up until that time.

Victoria Island Lighthouse retained its keeper, who would sound a hand-operated foghorn in response to the signals of vessels, through 1953 according to the annual Light List. The station was first listed as unwatched in 1954, and at this time the characteristic of the light was changed from fixed white to flashing white.

The square, wooden, pyramidal tower was listed on the Light List up until 1980, when the description of the structure was changed to a skeletal tower with a red-and-white rectangular daymark. In 2021, a flashing white light with a period of four seconds was being displayed at Victoria Island from a square tower with two red-and-white rectangular daymarks.

For a larger map of Victoria Island Lighthouse, click the lighthouse in the above map.

The modern light on Victoria Island is best seen by boat.