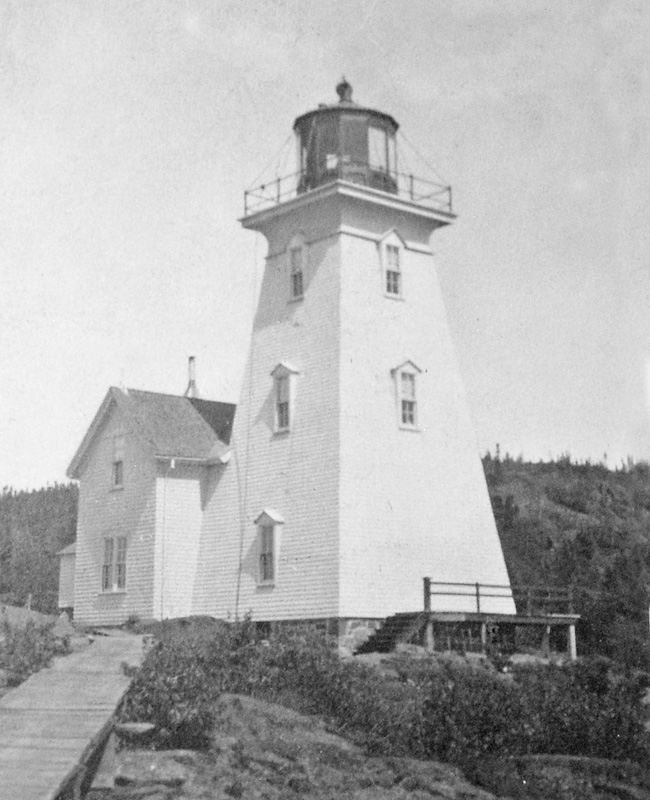 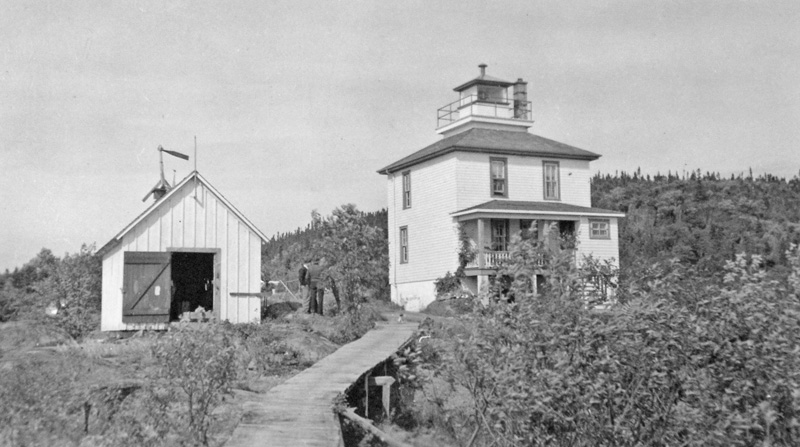 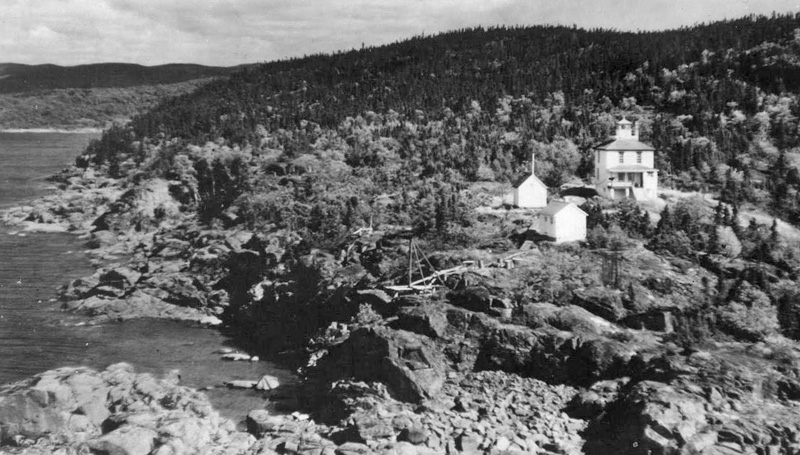 Peninsula Harbour is situated on the northern shore of Lake Superior, with Hawkins Island at its mouth and the town of Marathon on its eastern shore.

In 1890, the Department of Marine awarded a contract to Charles Mickler of Collingwood to construct a lighthouse on the southern end of Hawkins Island and provided the following description of the structure in its annual report of 1891:

The light buildings at Peninsula Harbour, in Lake Superior, to which reference was made in last year's report, were completed according to contract during the past season, and the light was put in operation for the first time on the 1st August last.

The main building, which stands on the south end of the island opposite the peninsula at the entrance to the harbour, consists of a wooden tower, square in plan, with a dwelling attached, the tower surmounted by an iron lantern. The woodwork is painted white and the lantern red. The height of the building from its base to the vane on the lantern, is 56 feet.

From the lantern is shown a revolving white or bright catoptric light, the flashes attaining their greatest brilliancy every 30 seconds. This light, being elevated 105 feet above the level of the lake, should be visible in clear weather 16 miles from all points of approach by water.

Mr. Charles Micklers contract price for this work was $3,165, and the total cost of establishing the light, including lantern and illuminating apparatus, was $5,340.

David B. Hawkins served as keeper of Peninsula Harbour Lighthouse from 1891 until 1910. In 1903, the government supplied Keeper Hawkins a hand-operated foghorn that he would use to answer the fog signals of vessels whenever they were heard at the station. Joseph Blondin replaced Hawkins as keeper in 1910 and served until 1916. On August 25, 1914, a new catoptric light was placed in the lantern room at Peninsula Harbour Lighthouse that produced four flashes at three-second intervals, every twenty-five seconds. For half of the time of revolution, the light was totally eclipsed, and through the other half, a 450-candlepower light was visible and punctuated by the much stronger 15,000-candlepower flashes. The illuminant was petroleum vapor burned under an incandescent mantle.

A mercury float and pedestal were installed in the lantern room in 1925 along with a set of quadruple flash reflectors and a clockwork mechanism. The new apparatus produced a group of four flashes every twenty seconds instead of every twenty-five seconds.

Harry OConner, a retired painted with no family, served as keeper of Peninsula Harbour Lighthouse in the 1940s. One day in 1949, boys playing on a beach at Marathon found a floating bottle that had inside a penciled note from Keeper OConner: Come git me. First chance. Sick for three weeks. Almost died. Cant git out. The boys took the note to the chief constable, and a rescue party was sent to Hawkins Island. The body of Keeper OConner was found on a couch inside the lighthouse. He had died of heart disease.

In June 1953, Keeper Edward Huard and Joseph Archibald, his twenty-year-old helper, were tossed into the cold waters of Lake Superior when their small boat capsized. A member of the crew of the Marathon Paper Mills tug Allagash spotted the boat bobbing in rough water, and the crew pulled the two men from the water. The men were nearing exhaustion after having held onto their overturned boat for more than half an hour.

The second Peninsula Harbour Lighthouse was demolished in 1975. In 2021, a skeletal tower with slatwork daymark was displaying a flashing white light with a period of four seconds from Hawkins Island.

For a larger map of Hawkins Island (Peninsula Harbour) Lighthouse, click the lighthouse in the above map.

The modern light on Hawkins Island is best seen by boat.