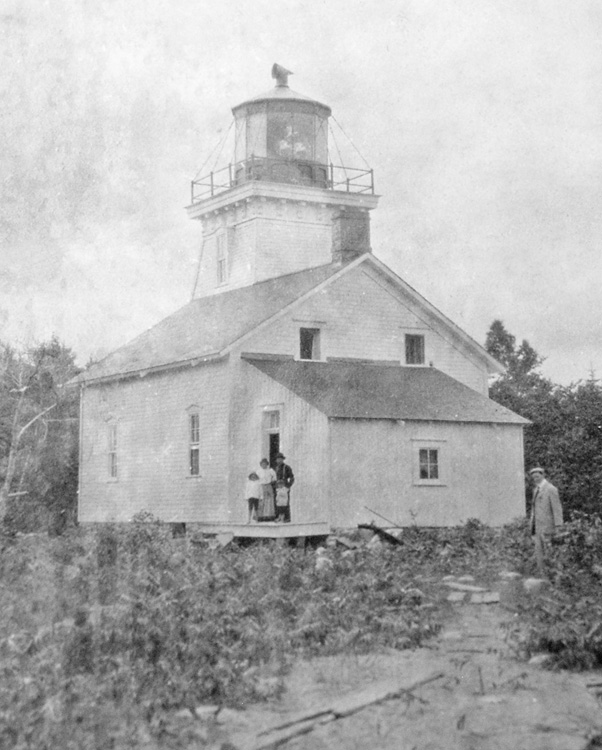 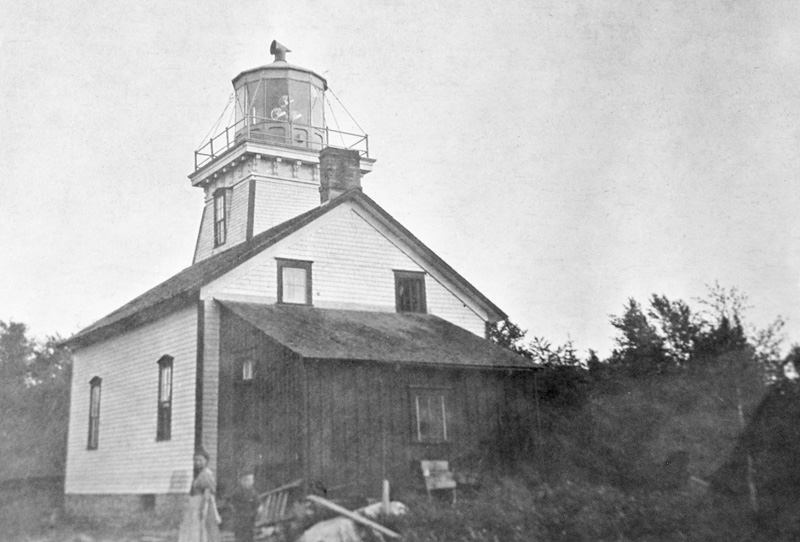 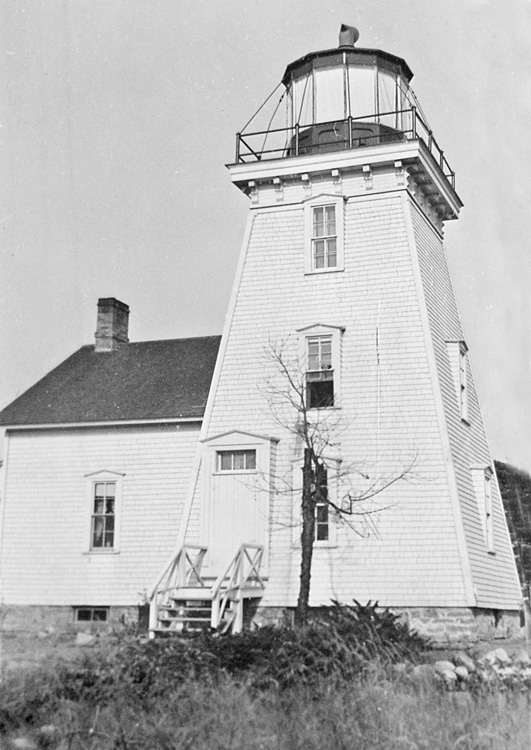 Roughly midway along the North Channel, Mississagi River empties into the channel at Blind River. The word Mississagi is an anglicized version of the Ojibwe word Misswezahging, which means a river with many outlets. The name comes from Mississagi Rivers bird-foot delta, which is uncommon on the Great Lakes. Seven kilometres offshore from the mouth of the river lies Mississagi Island.

In 1883, a contract for the construction of a lighthouse on Mississagi Island was awarded to Alexander Cameron, the lowest bidder, but after he declined the contract, it was given to John E. Askwith of New Edinburgh, the next lowest tenderer. Askwith carried out the work described in the $3,400 contract in 1883, and the light was placed in operation the following spring.

The following description of the new lighthouse appeared in the Annual Report of the Department of Marine for 1884:

The light is situated on the south end of the island, is revolving white, attaining its greatest brilliancy every 45 seconds. It is elevated 53 feet above water mark, and should be visible 12 miles all around the horizon, except where interrupted by trees on northerly bearings. The illuminating apparatus is catoptric in character.

The building is of wood, painted white, and consists of a square tower, 50 feet high from the ground to the vane on the lantern, with keepers dwelling attached. As will be seen by reference to the accounts, the sum of $4,394 20 was expended at this light during the past fiscal year.

In 1908, during Lauchlin McDonalds service, repairs were made to the lantern deck atop Mississagi Island Lighthouse, and the stations boathouse was moved lakeward and repaired. The lighthouse and outbuildings were also repainted at this time. In June 1915, the illuminating apparatus was improved through the installation of a flashing white catoptric light that displayed a flash every seven seconds. For half of the duration between flashes, the light was totally eclipsed and for the remainder of the time a light of 450 candlepower was visible through which the 20,000 candlepower flash was shown. The illuminant of the new light was petroleum vapor burned under an incandescent mantel.

At the end of Lauchlin McDonalds service, A. Clark was appointed keeper in 1922, and he served for four years. A. Roque was keeper for part of 1926, and then Foster Morris was placed in charge of the lighthouse in 1927. At the close of the 1936 season, Foster Morris and his wife started for Blind River in their twenty-two-foot launch, which was powered by a 1924 car engine. They were able to make their way through the rapidly forming ice in the North Channel until they struck a wall of ice three kilometres short of their destination. The ice was strong enough for them to stand on it, and they managed to get their boat over the ice, which was a few hundred metres wide. As they continued picking their way through floating ice, a robe fell overboard and became entangled in the propeller. Someone on shore spotted the couple and rounded up some people to help rescue them. Four men set out in a skiff, slowly unreeling a line that was held by others on the breakwater. Once the stranded vessel was reached, the line was secured to it, and the men on the breakwater slowly hauled the boat to shore. By this time, most of the residents of Blind River had turned out to watch the rescue and greet Keeper Foster and his wife.

A fifty-foot-tall, square, pyramidal, skeletal, steel tower , with a shed at its base, was placed on the island in 1948 to display an unwatched flashing white light. In 2021, a skeletal tower with a white rectangular daymark was displaying a white flash every four seconds from Mississagi Island.

For a larger map of Mississagi Island Lighthouse, click the lighthouse in the above map.