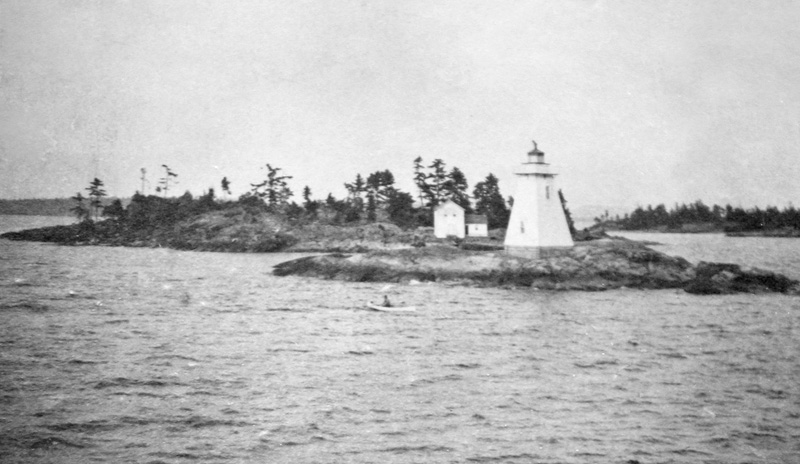 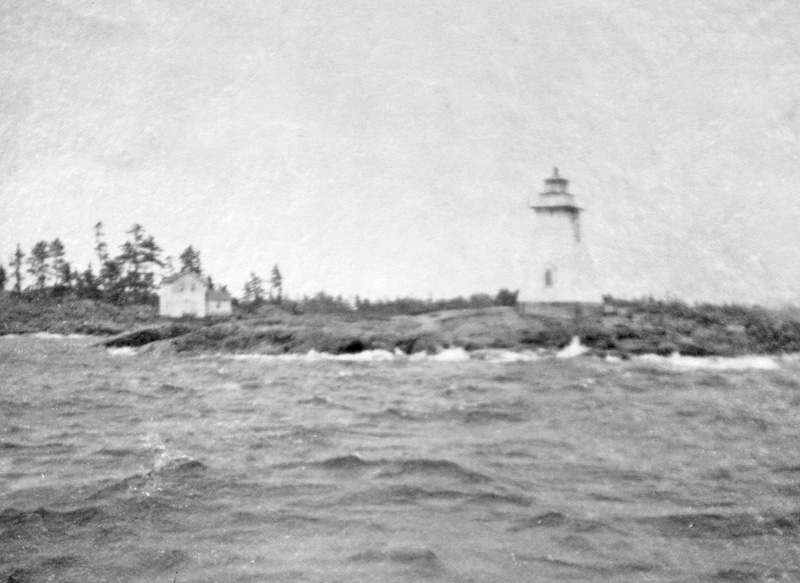 Aird Island, which is roughly ten kilometres long and a kilometre wide, is situated south of the Town of Spanish. In the early 1900s, the island was home to the community of Spanish Mills, along with a sawmill, schoolhouse, and general store. On the northeast end of Aird Island is found an indentation that forms a double cove known as Cameron Bight. The Spanish River Lumber Company built extensive wharves here for shipping its lumber, which was carried from the mill on tramways. The passageway between the eastern end of Aird Island and a peninsula connected to the mainland is called Little Detroit.

In 1885, a temporary light in the form of a lantern on a pole, was erected on Boyd Island, which is located about three kilometres east of the eastern end of Aird Island, until a permanent lighthouse could be constructed. During 1886, B.W. Arnold erected a lighthouse on a rock just off the southern side of Boyd Island for the sum of $791.65. The lighthouse was a square, pyramidal building, painted white and surmounted by a hexagonal iron lantern. A dioptric lens of a small size was used in the lantern room to produced a fixed red light from a height of about thirty-nine feet. The total expense for the lighthouse was $1,207.74.

Boyd Island Lighthouse, which was also known as Spanish River Lighthouse early on, served as a guide to the mills on Aird Island and at the Town of Spanish, which was located at the mouth of Spanish River. Peter Assinawie served as a temporary keeper of the lighthouse from 1885 until William John Martin was appointed keeper of the light on July 5, 1890 at an annual salary of $250.

William Martin, who was born in Ireland, was forty-four when he was appointed keeper. A census taken in 1891 shows that he was residing at the lighthouse with his wife Elizabeth Ann and five children, ranging in age from ten to just a few months. William and Elizabeth had a total of nine children.

When William Martin died in 1905, Elizabeth took charge of the light and served until 1930 when an unwatched, acetylene, red light, automatically occulted at short intervals, was installed in the lantern room. In 1921, a hand-operated foghorn was placed at Boyd Island so it could be sounded in response to signals from vessels. Elizabeth died in 1931 in the Town of Massey. Her youngest son Robert was killed overseas in 1917.

In 1955, a new structure replaced the original wooden lighthouse. In 1982, a skeletal tower with three red-and-white horizontally striped square daymarks was placed on the island to display a white flash every four seconds. The tower and light on the island in 2021 matched the description of the structure given in 1982.

For a larger map of Boyd Island Lighthouse, click the lighthouse in the above map.