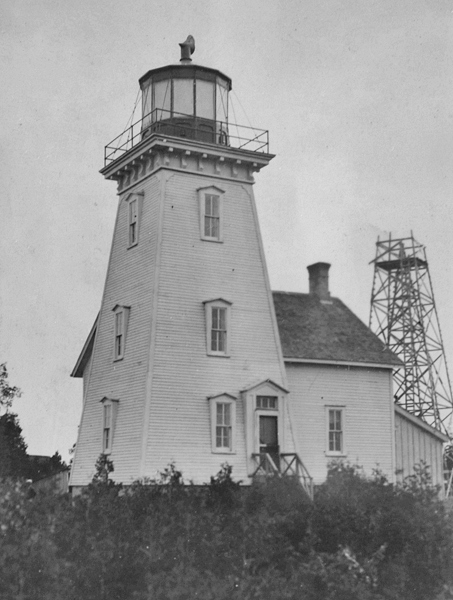 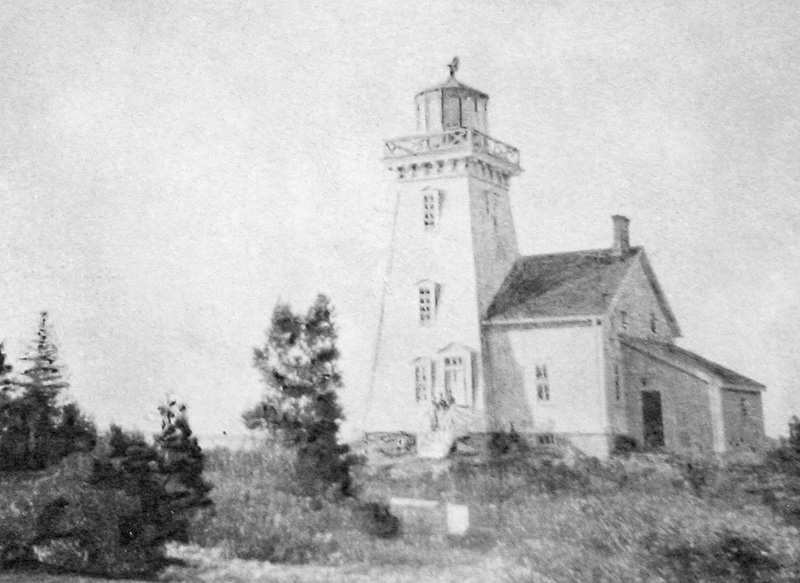 Located midway up the Lake Huron side of the Bruce Peninsula, Stokes Bay provides a desirable anchorage but is littered with islands and reefs. Almost two kilometers in length, Lyal Island is the largest of these islands and guards the entrance to the bay. In 1844, the Department of Marine invited tenders for construction of a lighthouse on Lyal Island and awarded a contract to John George and David Currie of Port Elgin for $3,575. Considerable progress was made on the lighthouse in 1884, and the light was placed in operation in 1885.

The following Notice to Mariners advertised the establishment of the light:

Notice is hereby given that a lighthouse erected by the Government of Canada, on the west side of Lyal Island, Lake Huron, in the North Riding of Bruce, Ontario, was put in operation on the 18th June last.

The light is revolving white, attaining its greatest brilliancy every 15 seconds. It is elevated 51 feet above the level of the lake, and should be visible 12 miles all around the horizon. The illuminating apparatus is catoptric.

The main building is of wood painted white, and consists of a square tower 57 feet high from the ground to the vane on the lantern, with keepers dwelling attached. The light, besides being a general lake coast light, will serve as a guide into the harbour of Stokes Bay, but as there are shoals in the entrance it must not be attempted without local knowledge. There is also a small cove suitable for sheltering fishing boats immediately north of the lighthouse.

Besides the contract for the construction of the lighthouse, other expenses incurred included $1,611 that was paid to E. Chanteloup for the lantern room, which had a diameter of ten-and-a-half, and $12 that was paid to the Indian Department for land. On October 27, 1884, John McKay was appointed first keeper of Lyal Island Lighthouse at an annual salary of $450.

At the opening of navigation in 1914, the signature of Lyal Island Light was changed to a group of two flashes every twenty seconds in this manner: flash, five-second-interval, flash, fifteen-second interval. For one half of the period (ten seconds), the light was eclipsed, and for the other half of the period a 450-candlepower light was visible that was intensified by the two flashes of 25,000 candlepower.

Keeper McKay served at Lyal Island Lighthouse until 1919 and, upon his retirement, was awarded the Imperial Service Medal for having completed more than twenty-five years of service. This wasnt the only medal he received. In 1886, Keeper McKay helped saved the lives of the crew of the American vessel Iowa, which was water-logged and had been adrift for a week. In appreciation for his action, McKay received a gold medal from the U.S. government. Walter Knight took charge of the light after Keeper McKay and served until 1946, earning the Imperial Service Medal as well.

In 1959, Lyal Island Light was automated, and its characteristic was changed to a white flash every four seconds. With no resident keeper, the lighthouse fell victim to vandals, and in 1973, a light on a steel tower, with a red-and-white rectangular daymark, replaced the wooden lighthouse.

In 2021, a skeletal tower, with a red-and-white rectangular daymark, continued to display a white flash every four seconds on Lyal Island.

For a larger map of Lyal Island Lighthouse, click the lighthouse in the above map.