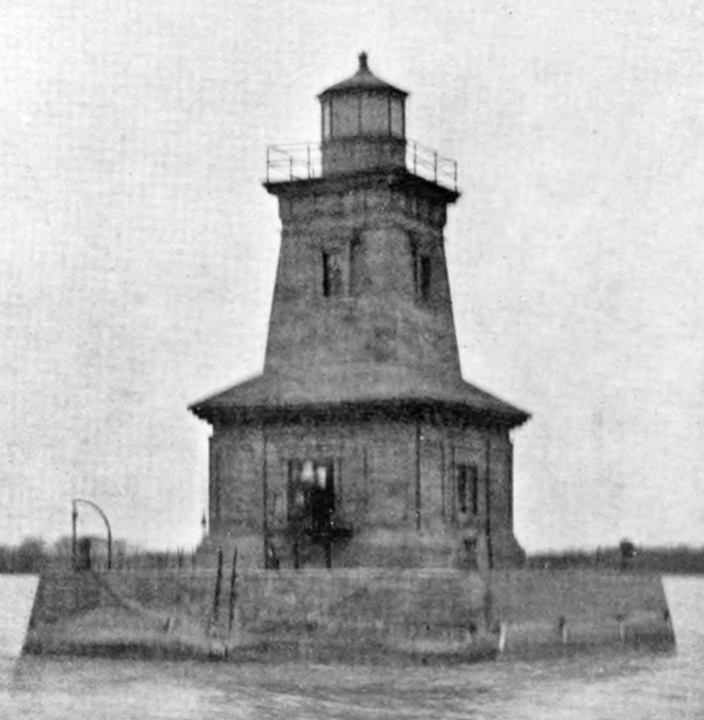 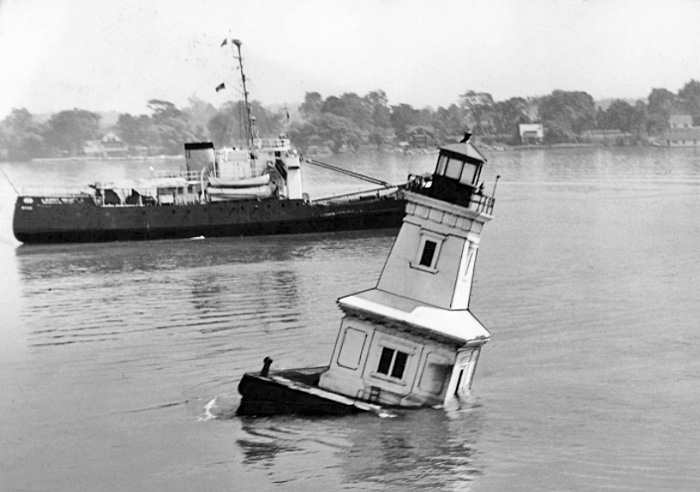 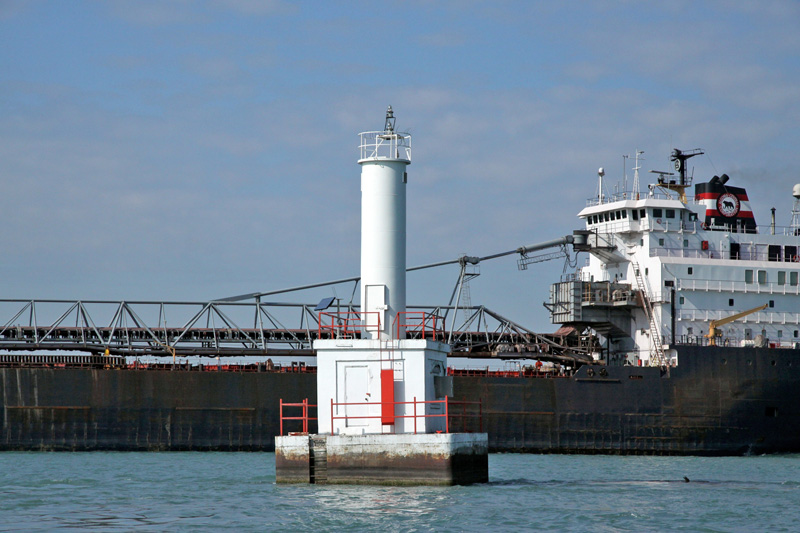 In 1914, William P. Anderson, Chief Engineer of the Canadian Department of Marine and Fisheries, completed plans for a new lighthouse to be built at the entrance to Livingstone Channel. A contract for construction of the reinforced concrete tower that would stand atop a pier in Detroit River was awarded to A.T.C. McMaster.

The following description of the lighthouse appeared in the Annual Report of the Lake Carriers Association for 1915:

The new Canadian lighthouse at the head of the Livingstone Channel went into commission on July 15, 1915. The new lighthouse is located on a pier in 18 feet of water at the head of the Livingstone Channel, about 200 feet south of the intersecting point of the east edge of Livingstone Channel and the west edge of Ballards Reef Channel. Its elevation is 42 feet above the level of the river and is visible eight miles from all points of approach. The character of the light is alternating white and red, showing a white light for ten seconds and a red light for five seconds. The illuminant is petroleum vapor, burned in an incandescent mantel. A fog bell is operated at the lighthouse by machinery, giving one stroke every five seconds, when the weather is thick.

The lighthouse is square in plan, built of reinforced concrete, the sides of the lower portion being vertical and those of the upper portion sloping. It is surmounted by an octagonal iron lantern and stands on a square concrete pier.

The Gas Buoy, No. 79D, which was moored at the junction of the Ballard Reef and Livingstone Channels was discontinued on same date.

The River and Harbor Act of March 2, 1907 approved the construction of Livingstone Channel, a downbound channel that would be situated west of the upbound Amherstburg Channel and west of Bois Blanc Island. The new channel would have a depth of twenty-two feet and a width of at least 400 feet across Limkiln Ridge to Bar Point, and then would widen from there to the confluence with Lake Erie. To facilitate the removal of bedrock in the Limekiln Ridge area, a cofferdam was constructed to allow excavation in the dry. Between 1908 and 1912, workers removed 9.5 million cubic yards of material, including 2.1 million tons of hard rock blasted out by dynamite. Livingstone Channel was named after William Livingstone, who served as president of the Lake Carriers Association from 1902 until his death in 1925. In this role, Livingstone was instrumental in persuading the Federal Government to construct the 1,350-foot Davis and Sabin locks at Sault Ste. Marie, to deepen and straighten channels in St. Marys River and across Lake St. Clair, and to build the independent waterway for downbound vessels in the lower Detroit River, which was named after him. When Livingstone Channel opened to commerce on October 19, 1912, the freighter William Livingstone led the procession.

A.T.C. McMaster received $8,490 for constructing the lighthouse, and $3,260 was spent for a third-order dioptric lens, an octagonal lantern room with a diameter of ten feet, and a 35mm burner.

On September 11, 1952, the fully laden, 600-foot ore carrier E.J. Kulas smashed into Livingstone Channel Lighthouse during dense fog, causing the lighthouse to lean at a dramatic angle. This wasnt the first time the lighthouse had been struck, as the freighter James H. Reed hit the foundation of the lighthouse in 1937. J. Everett McGuire, an observer for Westcott Marine, was at the lighthouse when the collision happened in 1952. He was thrown into the river and was struck by wreckage, suffering a gash to his head and three lost teeth. I was walking around the lighthouse on the little walk and the next thing I knew I was in the river with the house falling on top of me, McGuire said.

The leaning lighthouse was reportedly blown up in 1953 and replaced by a smaller structure that was controlled remotely from an onshore station. The new light was described as a skeleton tower on a white square base, but kept the signature of ten seconds of white light followed by five seconds of red light. In 1955, this replacement structure had developed a marked list, and federal engineers called for tenders to repair its foundation. A few years later, the lighthouse was described in the annual Light List as an enclosed steel tower surmounted by a square lantern. The lighthouse was listed as a white square tower in the 1990 Light List, but by 1996, it had been changed to a white circular tower mounted on a square white crib.

For a larger map of Livingstone Channel Lighthouse, click the lighthouse in the above map.

The modern light can be seen from Front Road (Highway 20) in Amherstburg.