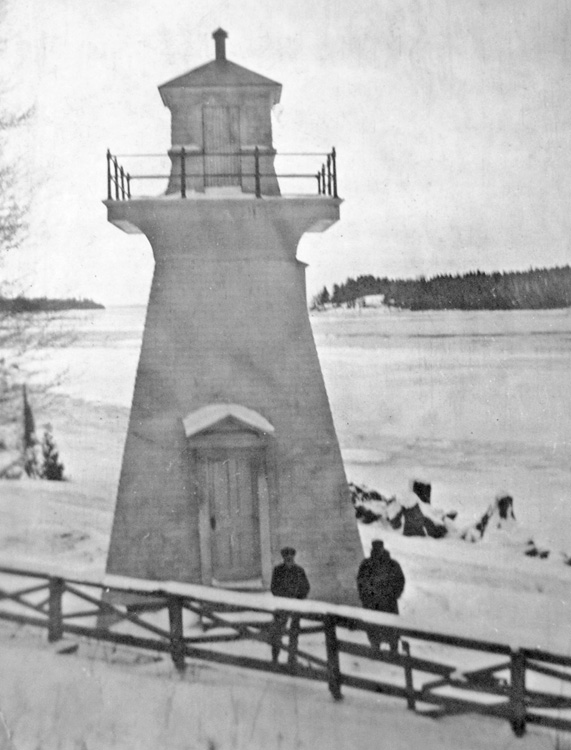 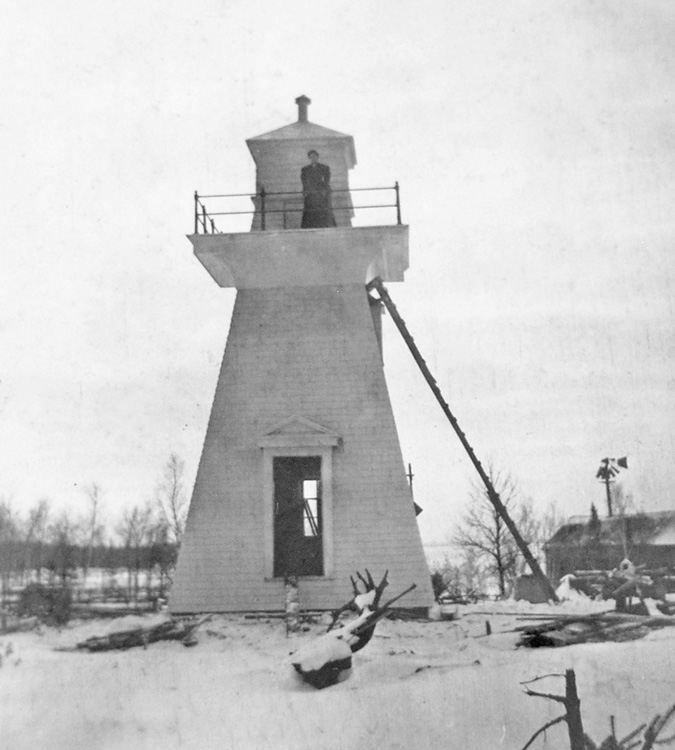 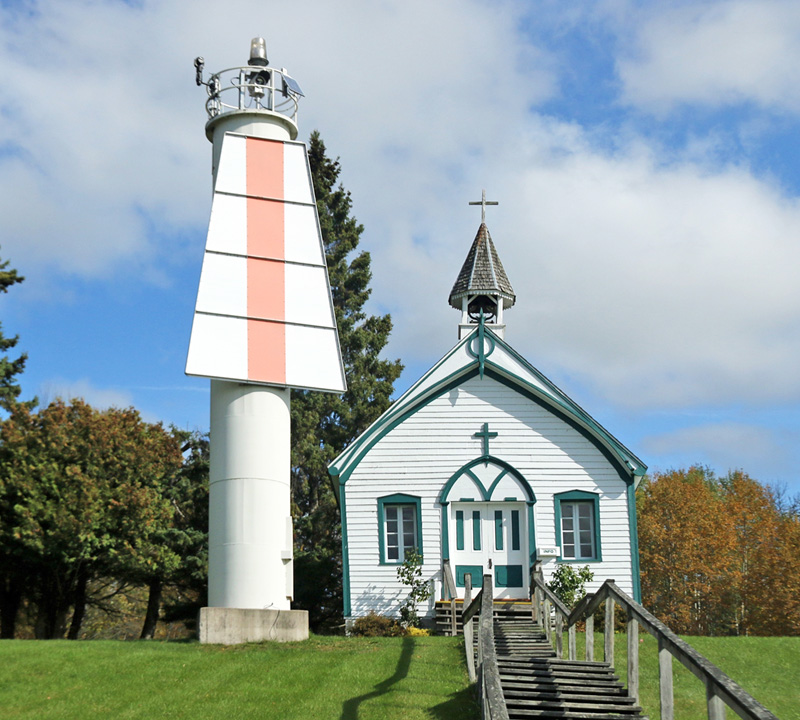 In 1891, the Lighthouse Board of the United States decided to established a system of range lights along St. Marys River to enable vessels to navigate it by night as well as by day between De Tour Passage and Sault St. Marie. In order to complete the system of lights, some of the lines could only be marked by placing navigational aids on the Canadian shore in addition to numerous lights on the U.S. shore. The Canadian government informed Colonel Ludlow, Engineer of the 9th and 11th lighthouse districts of the U.S., that any needed lights could be placed on Canadian territory, but he responded that U.S. laws prohibited the permanent construction of lighthouses on sites that were not owned by the United States. William P. Anderson, the chief engineer of the Department of Marine for Canada, was sent to consult with Colonel Ludlow, and in November 1891, the Canadian government decided to cooperate with the United States in establishing the system of lights. Eight Canadian lights were put in operation in July and August of 1891 along with thirty-eight U.S. Lights. The eight Canadian lights consisted of: On September 17, 1900, the two red lights that served Sailors Encampment Upper Range were discontinued and the axis of the new cut at Sailors Encampment was marked at is lower end by Pilot Island Range in the U.S. and by two fixed white lights on Rains Hill on St. Joseph Island at the upper end of the cut. Sailors Encampment Lower Range remained in operation through the remainder of the 1900 shipping season but was then discontinued as well. The new range on Rains Hill was afterwards known as Sailors Encampment Range.

The front light of the new Sailors Encampment Range was located on the east side of the shore road and was shown from a lantern elevated fifty feet above the water on a mast. At the foot of the mast, which was seventeen feet high, was a diamond-shaped day beacon painted white with a vertical stripe through the middle of it. The back light was situated 648 feet from the front light and was shown from a twenty-two-foot-tall mast also with a diamond-shaped daymark at its base.

In 1909, the following Notice to Mariners advertised a change in Sailors Encampment Range:

Sailors Encampment range pole lights on Rains Hill, St. Joseph Island, river St. Mary, will, on the opening of navigation in 1909, be replaced by lights shown from lighthouse towers, without further notice.

The towers are enclosed wooden buildings, square in plan, with sloping sides, painted white, surmounted by square wooden lanterns. The sides of the lanterns are painted white, and the roofs red. Each tower is 33 feet high from its base to the top of the ventilator on the lantern. The lights are fixed white catoptric lights, and should be visible 5 miles in the line of range.

The back tower stands 807 feet N. 20° E. from the front tower. The light is elevated 83 feet above the level of the river.

In 1959, modern towers replaced the wooden ones, and changes to the range lights were made again in 1984/1985. For some time, at least in the 1960s, there was a Sailors Encampment West Range and a Sailors Encampment East Range. The west range was centered on the deep draft portion of the channel, while the east range marked the shallow draft portion of the channel. The ranges were separated by roughly 200 feet. A tower that served as the front light of the east range can be seen just east of the cylindrical tower from which the front light of Sailors Encampment Range is shown.

For a larger map of Sailors Encampment Range Lighthouse, click the lighthouse in the above map.

The modern lights can be seen from Highway 548 on St. Joseph Island.