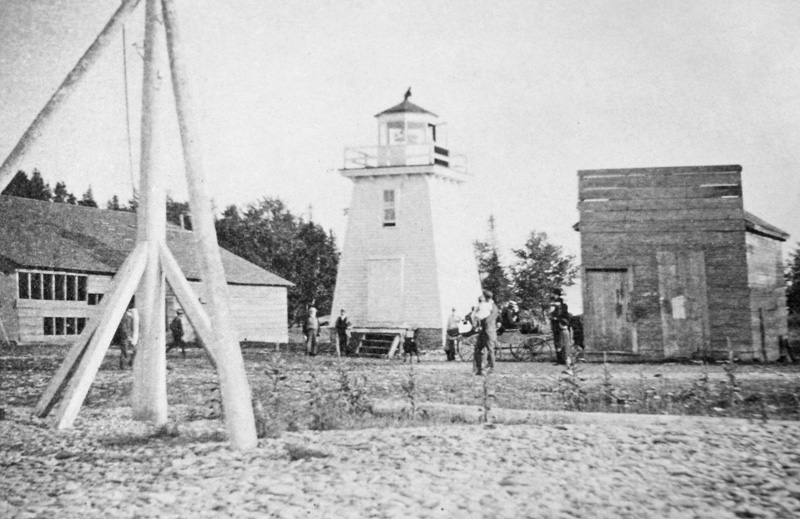 The name Presquile, French for almost an island, has been applied to many features on both the American and Canadian shores of the Great Lakes. One of the perhaps lesser-known uses of Presquile is for a feature on the western shore of Owen Sound.

In 1873, a new lighthouse was built at Mackenzies Wharf, which was located on a small peninsula known as Presquile in Owen Sound. The lighthouse consisted of a square, wooden building, twenty-two feet high, that was topped by a wooden lantern room with a diameter of six feet. The lighthouse cost $1,050, and John Mackenzie, the owner of the wharf where the lighthouse was located, was appointed the first keeper of the light on July 14, 1873 at an annual salary of $50. Three mammoth, flat-wick lamps, set in sixteen-inch reflectors, were used to produce a fixed white light that could be seen at a distance of up to nineteen kilometres. The light was first exhibited on the evening of July 11, 1873.

When John Mackenzie died in 1907, his son Hugh took charge of the lighthouse and looked after it until the light was discontinued in 1910.

For a larger map of Presqu'ile (Mackenzies Wharf) Lighthouse, click the lighthouse in the above map.