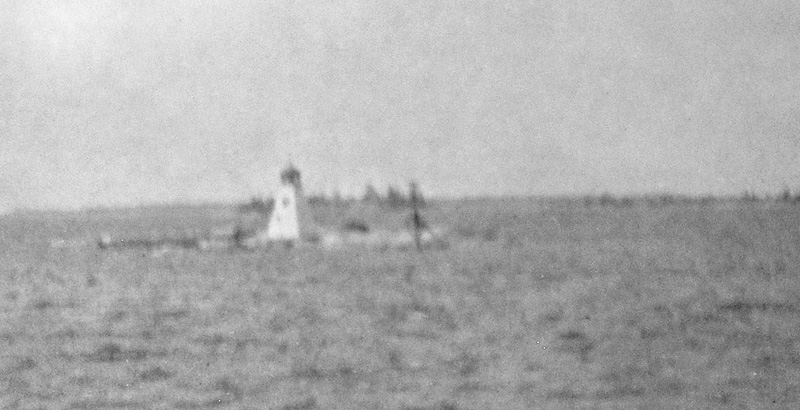 Carling Rock, located between Pleasant Island and Rose Island, lies along one of the channels leading to the Town of Parry Sound. In 1898, the lighthouse placed on Hugh Rock in 1894 was moved to Carling Rock, as the South Channel leading to the Town of Parry Sound was abandoned in favour of the North Channel. Mr. A. Logan of Parry Sound moved the lighthouse in October for $100. Two extra windows were put in the lantern room at a cost of $17 so the illuminated sector could be increased.

The following Notice to Mariners announced the new light on Carling Rock:

As indicated in Part VI of Notice to Mariners No. 54 of 1898, the lighthouse previously maintained on Hugh Rock, in the entrance to Parry Sound, Georgian Bay, Ontario, has been removed to the north portion of the highest part of Carling Rock.

No change has been made in the lighthouse, which is a square wooden building, with sloping sides, surmounted by a square wooden lantern, painted white with a red stripe on the west side. It is 27 feet in height from its base to the vane on the lantern.

The light is, as previously, a fixed white light. It is elevated 26 feet above the level of the water, and should be visible 7 miles in the channel. The illuminating apparatus is dioptric of the seventh order.

After passing Spruce Island shoal gas buoy, vessels entering the sound should shape their course to leave Carling Rock Lighthouse at least 600 feet on the starboard hand. There is rock with 16 feet of water on it 425 feet N. 40° E. from the lighthouse, which is or will be marked by a spar buoy.

On the opening of navigation in 1915, the characteristic of Carling Rock Lighthouse was changed from a fixed white light to a white light, automatically occulted at short intervals. The light was then changed on September 6, 1915 from occulting white to occulting red.

Carling Rock Lighthouse last appeared on the annual Light List in 1952. The next year, a lighted buoy was anchored off the north side of the rock to mark the hazard. It is believed fire destroyed the wooden lighthouse. In 2021, a lighted buoy, which exhibited a red flash every four seconds, was still being situated off the north edge of the rock to mark the hazard.

For a larger map of Carling Rock Lighthouse, click the lighthouse in the above map.

The former site of the lighthouse is best seen by boat.