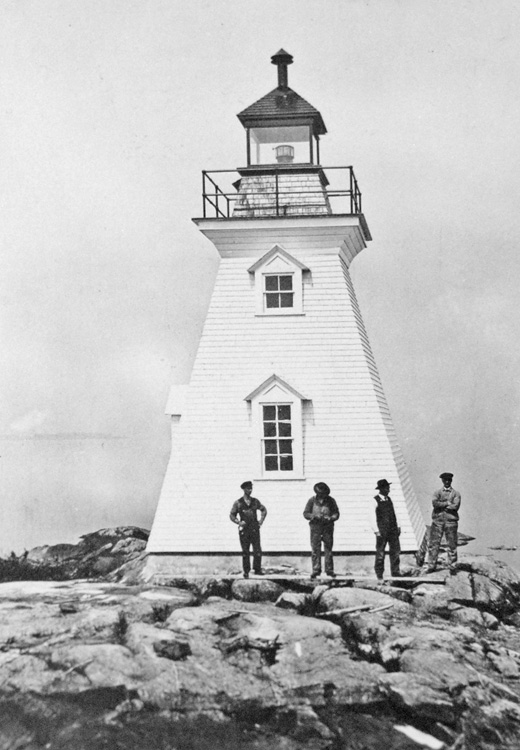 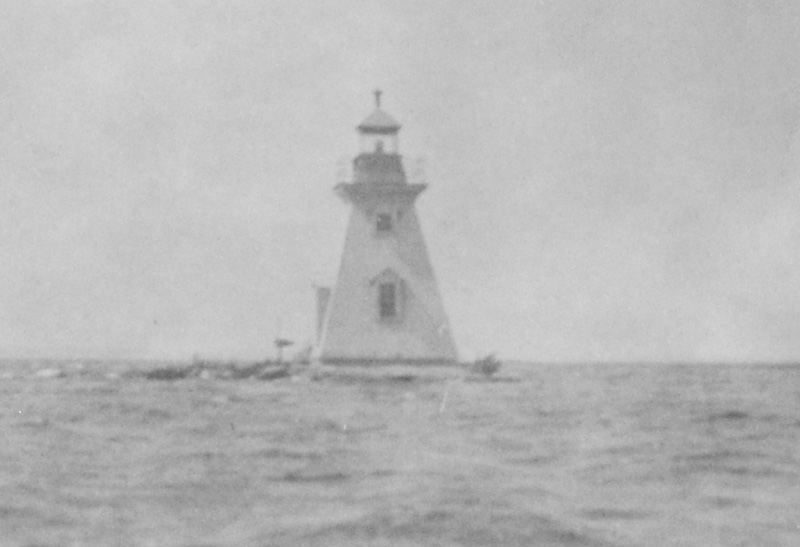 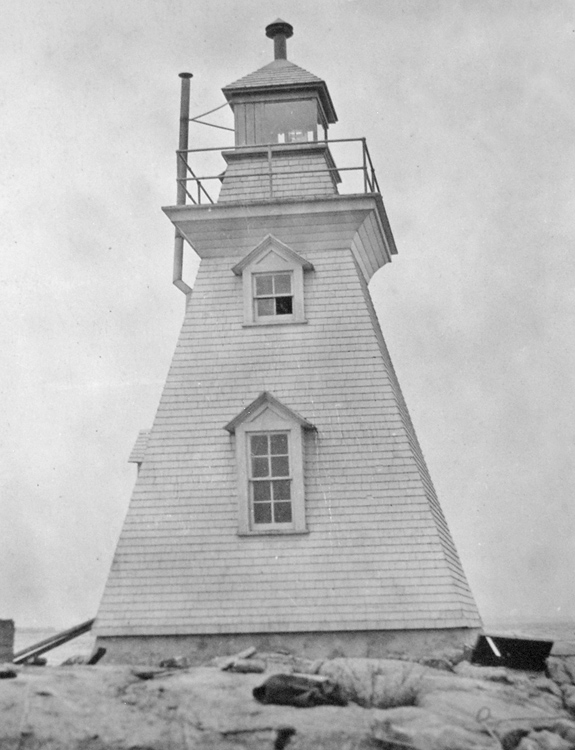 Turning Rock is a navigational hazard located just off Canary Island in Waubaushene Channel. In 1915, a square wooden tower that had served as Midland Point Front Range Lighthouse from 1900 until that range was discontinued in 1913, was relocated to Turning Rock. The following Notice to Mariners publicized the establishment of the new light:

Date of establishment  Opening of navigation in 1915, without further notice.

Height  30 feet, from its base to the top of the ventilator on the lantern.

Remarks  The light will be unwatched.

Day labour, under the direction of J. Fitzpatrick, moved the wooden lighthouse to its new home.

The Turning Rock that received the lighthouse in 1915 was listed as Turning Rock Waubaushene to distinguish it from Turning Rock off Roberts Island, roughly eleven kilometres to the northwest, that had a wooden slatwork beacon built on it in 1914 and then a skeleton steel tower with an occulting white light constructed on it in 1919.

For a larger map of Turning Rock Lighthouse, click the lighthouse in the above map.