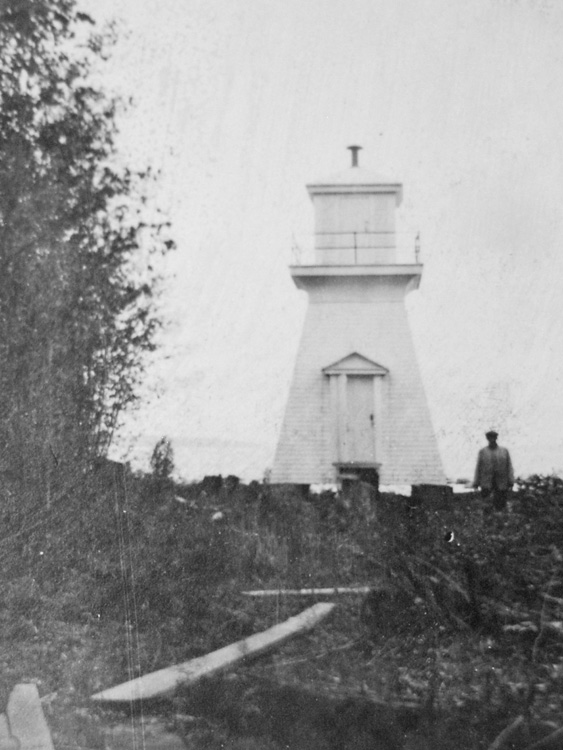 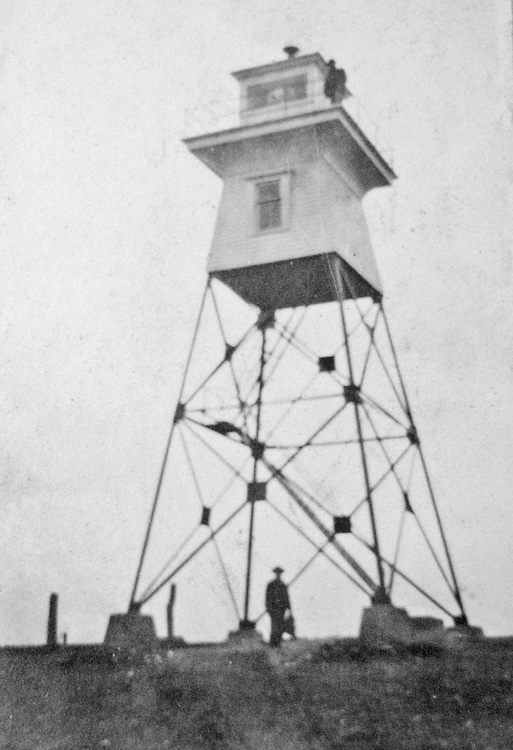 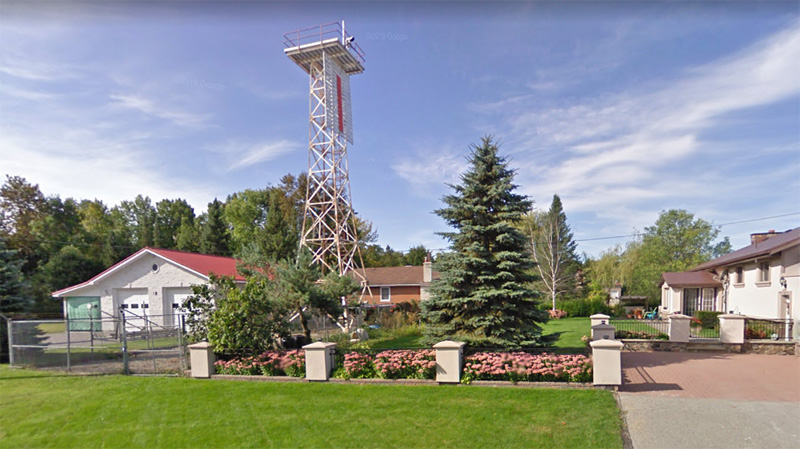 The community of Port McNicoll was established in 1908, when the eastern terminus of the marine operations of the Canadian Pacific Railways Great Lakes Services was relocated from Owen Sound. Port McNicoll was named after David McNicoll, a railway executive. The SS Keewatin started carrying passengers and freight from Port McNicoll in 1912 and served the port until 1966. R.J. Peterson of Douglas, Michigan acquired the vessel for historic preservation shortly after it was withdrawn from service. In 2012, the SS Keewatin returned to Port McNicoll and is now open to visitors seasonally.

In 1912, work began on a set of range lights to serve Port McNicoll, and the Annual Report of the Department of Marine carried news of the completion of the range the next year:

The front lighthouse is located eastward of Elimere Point, 7,800 feet, 244 degrees, from the triangulation station on Flat Point, on land 4 feet above the level of the bay and 120 feet back from the water's edge. The light is a fixed white catoptric light, visible 10 miles in the line of range, exhibited 27 feet above the water from an enclosed white wooden tower, square in plan, with sloping sides, surmounted by a square lantern, the whole 27 feet high.

The rear lighthouse is located 2,750 feet 151 degrees 45 minutes from the front light on land 113 feet above the level of the bay. The light is a fixed white catoptric light, visible 12 miles in the line of range, exhibited 153 feet above the water from a black skeleton steel tower, square in plan, with sloping sides, surmounted by an enclosed white wooden watch room and square lantern, the whole 45 feet in height.

The triangulation station on Eshpabokong Island, which lies northeastward of Giants Tomb Island, is in the alignment of the range lights.

The old Midland Point Range Lights were discontinued on the same date.

J. Erven of Midland built the enclosed wooden tower used for the front light and the concrete base for the rear tower for $1,800. The erection of two-section, steel, skeletal tower for the back light, and the installation of its catoptric was performed by day labour under the direction of T.H. Brewer for $1,546. Slatwork was placed on the rear tower in 1914 to make it more visible during daylight.

J. Beatty was hired as the first keeper of the range lights. He served until 1921, when C.W. Beatty took over and looked after the lights until at least 1937.

In 1944, the characteristic of the range lights was changed from fixed white to fixed greed, and both towers were painted yellow. In 1955, a skeleton tower replaced the enclosed wooden tower for displaying the front range light.

For a larger map of Port McNicoll Lighthouse, click the lighthouse in the above map.