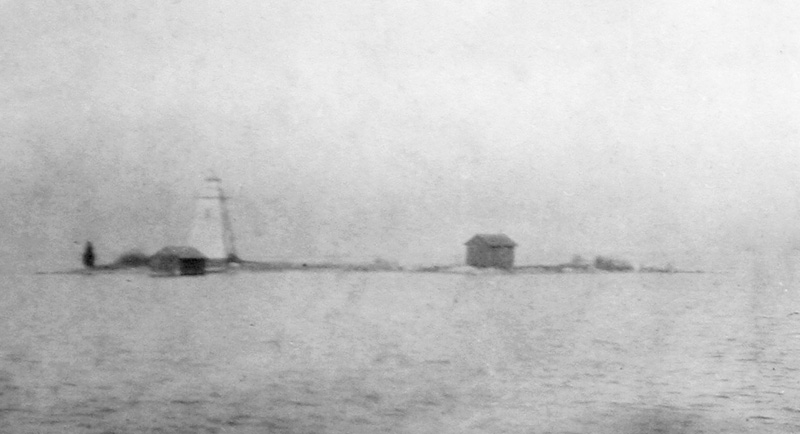 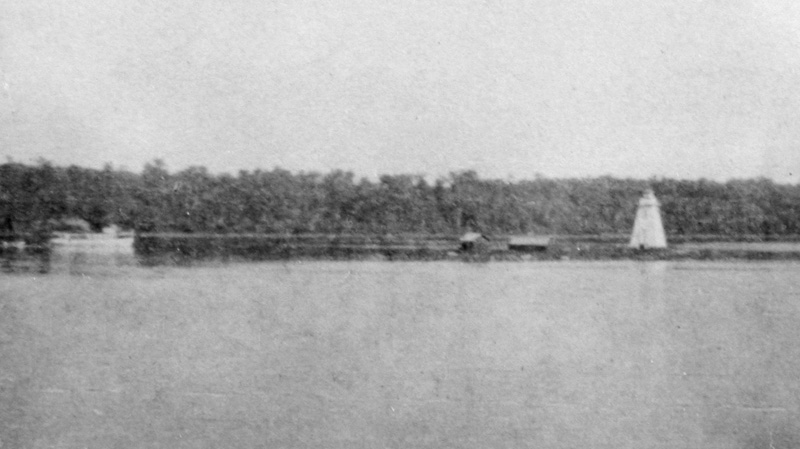 Whisky (Whiskey) Island is a small island located just off Peekaboo Point and near the entrance to Penetanguishene Harbour. In 1881, tenders were invited for the construction of a small lighthouse on Whisky or Dodd Island, and a contract was awarded to F.H. Corbeau & Bro. of Penetanguishene for $550 for its construction.

The Annual Report of the Department of Marine for 1882 carried the following information on the new lighthouse:

A lighthouse upon Whiskey Island at the entrance to Penetanguishene Harbour, Georgian Bay, about 3/4 of a mile distant from the light on the Reformatory Pier. The light shown is fixed white and the illuminating apparatus dioptric of the sixth order. It is elevated 36 feet above water mark and should be visible 11 miles all round the horizon. The tower stands upon a small timber crib and is a square wooden building painted white, 36 feet high from the pier to the vane on the lantern. This light, which was first shown on the 26th of July last, is for the purpose of pointing out the low island and adjacent shoals to vessels using the harbour. The sum of $1,075.07 was expended on this lighthouse up to the 30th June last.

The reformatory mentioned was the Provincial Reformatory for boys that was located on the headland on the south side of the entrance to Penetanguishene Harbour. The site had formerly been a military and naval station, and the boys were initially housed in barracks once occupied by military personnel. Mariners were told that keeping the light on Whisky Island in line with the one on the end of the Reformatory Pier lead through the cut into Penetanguishene Harbour.

William Augustus Thompson was appointed keeper of the lights on Whisky Island and at Penetanguishene in 1882 at an annual salary of $300. Keeper Thompson cared for the lights until 1893, and then Christopher Columbus looked after then from 1893 until 1924. Andrew J. Bald served as keeper of the lights from 1924 through at least 1937.

In 1893, lightning struck the lighthouse, causing $38 worth of damages.

In 1946, a pole light replaced the wooden tower on Whisky Island, and the characteristic of the light was changed from fixed white to flashing white. In 2021, a cylindrical mast, with a red-and-white rectangular daymark having a red triangle in its centre, was displaying a flashing white light on Whisky Island.

For a larger map of Whisky Island (Whiskey Island) Lighthouse, click the lighthouse in the above map.

The modern light on Whisky Island is best seen by boat, but a distant view should be possible from Peekaboo Point.