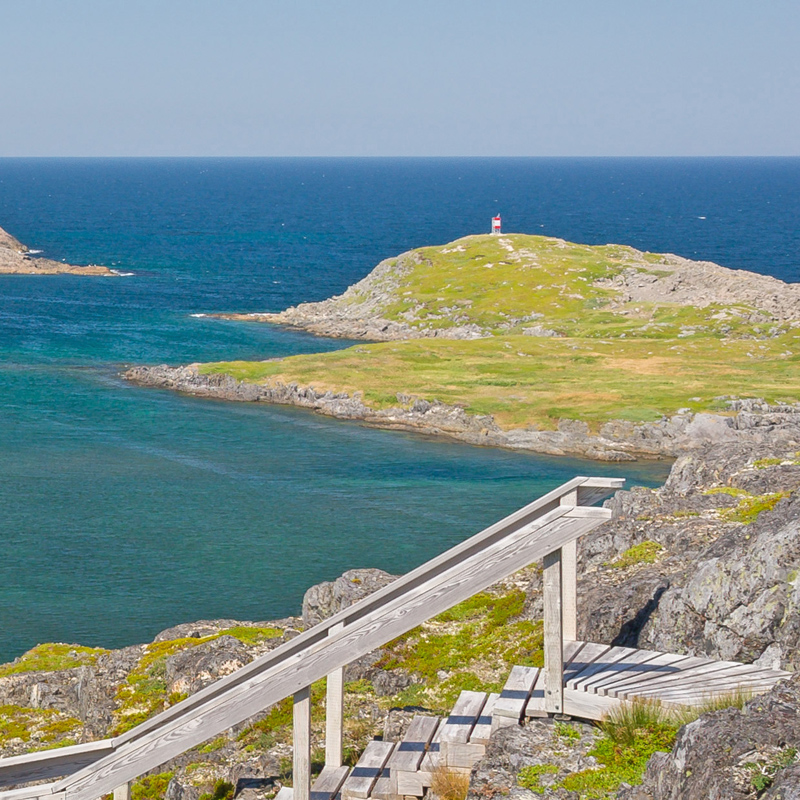 Fogo Island, the largest island off the main island of Newfoundland was formerly known as Y del Fogo, meaning Isle of Fire. Though migratory French fishermen visited Fogo Island starting in the early sixteenth century, the first permanent settlement didnt occur until the eighteenth century. Fogo Harbour and Tilting Harbour were the first two settlements on the island.

In 1907, a light was placed on Rags Island to mark the eastern channel for entering Fogo Harbour, and it commenced operation the following spring. The light consisted of a fixed white lens lantern that was hoisted to an open framework.

In 1911, a formal lighthouse was placed on Rags island to replace the hoist-up lantern. A Notice to Mariners in 1912 advertised the new light:

The tower is connected with a white dwelling by a short covered passage.

An addition to the keepers dwelling was made in 1913. M. Waterman started looking after the light in 1909. In 1921, an English acetylene light replaced the kerosene oil light used on Rags Island. It seems the circular iron tower was removed from the island with the change of light, as the 1922 List of Lights shows that a white square wooden tower with sloping sides and topped by a red lantern was on the island. The characteristic of the new light was a white flash every seven-and-half seconds.

The light was first listed as unwatched in the 1935 List of Lights, and it is thought that Keeper Waterman served until about this time. The square, wooden tower was on the island through at least 1960. In 2021, a square, skeletal was displaying a flashing white light with a period of four seconds from Rags Island.

For a larger map of Rags Island Lighthouse, click the lighthouse in the above map.

The modern light can be seen from the Lion's Den Trail.