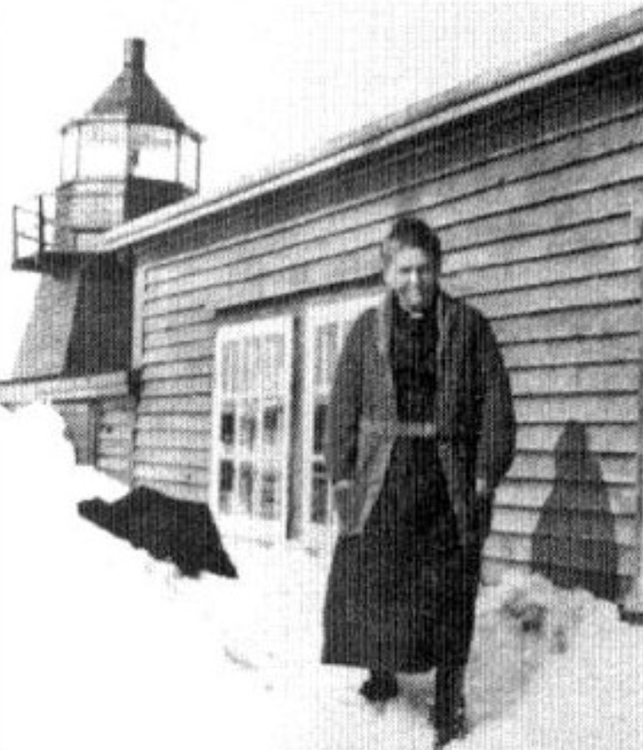 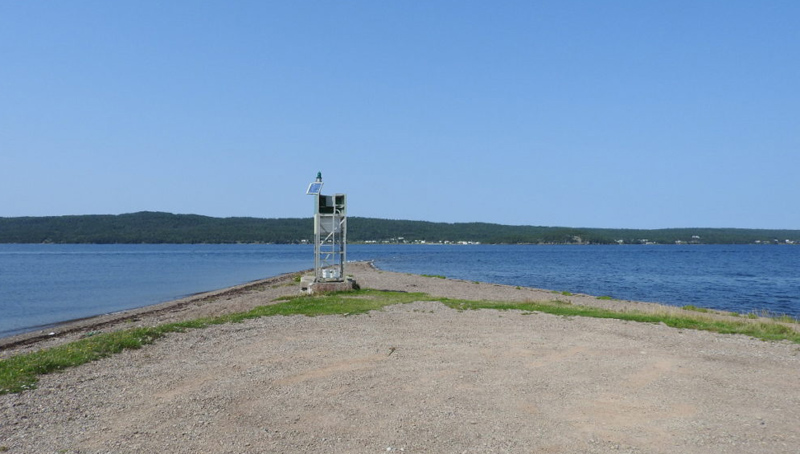 In 1911, Surgeon Cove Point Lighthouse was built on one of the Exploits Islands, outer islands in Bay of Exploits, and that same year, four other lights were built in the bay on Upper Black Island, Thwart Island, Grassy Island, and Lower Sandy Point to serve as guides to and from the mouth of Exploits River.

Lower Sandy Point is a bar that extends into bay from a peninsula near Laurenceton. The distance between Lower Sandy Point and Phillips Head on the opposite side of the bay is one-and-a-half kilometres. A Notice to Mariners published in 1911 announced the establishment of the upgraded Lower Sandy Point Light:

The fixed red lens-lantern light heretofore shown at Lower Sandy Point, Bay of Exploits, northeast coast of Newfoundland, has been replaced by a dioptric 8th order light having the same characteristic.

The new light is exhibited from an octagonal wooden tower, painted red.

In 1914, a new covered way was built between the octagonal tower and the attached cabin along with a new coal shed.

A. Manuel was employed as the first keeper of the light. The 1921 census shows that seventy-one-year-old Abraham Lilly was keeper of the lighthouse on Lower Sandy Point that year. Keeper Lilly came from Exploits Island, and he and his wife Mary had two sons. Llewellyn, his oldest son, had a passenger boat called The Honeymoon and would ferry people between Botwood and Twillingate and would bring people to Sandy Point for picnics.

Keeper Lilly enjoyed giving tours of the lighthouse to visitors, especially young people, and showing them his radio, which was one of the first in the area. Mary Lilly died in 1922, and after living alone for many years, Keeper Lilly married Rose Jenkins, who served as a midwife in the area. At Christmas time, young people would dress up as mummer and visit the Lillys at the lighthouse to get cake and goats milk.

Lower Sandy Point Light first appeared as being unwatched on the annual List of Lights in 1932. An automatic light was likely installed at this time, as the characteristic of the light changed from fixed red to sixteen red flashes each minute.

The red, octagonal wooden tower was in use on Lower Sandy Point through at least 1955. In 2021, a square, skeletal tower, with a green-and-white square daymark, was displaying a flashing green light with a period of six seconds on Lower Sandy Point.

For a larger map of Lower Sandy Point Lighthouse, click the lighthouse in the above map.

From Laurenceton, you can take the road that leads northwest to reach Lower Sandy Point. The road becomes a dirt road about a kilometre from the point.