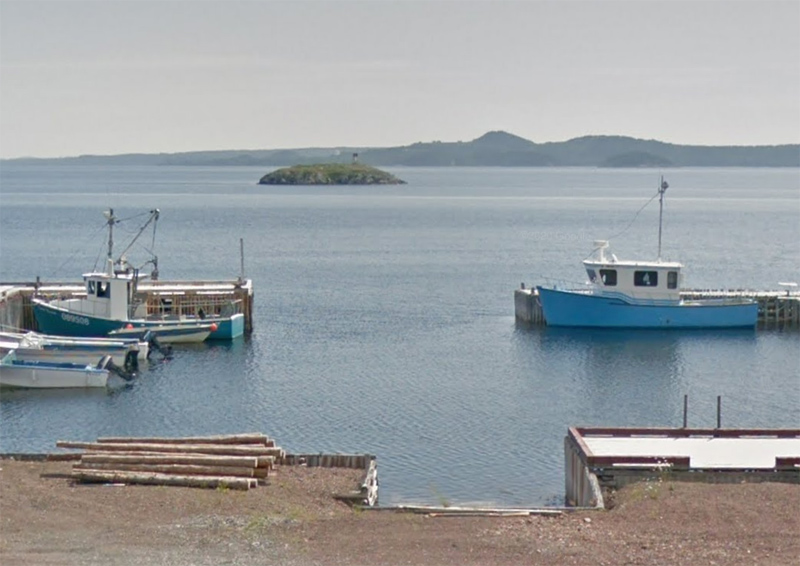 In 1911, Surgeon Cove Point Lighthouse was built on one of the Exploits Islands, outer islands in Bay of Exploits, and that same year, four other lights were built in the bay on Upper Black Island, Thwart Island, Grassy Island, and Lower Sandy Point to serve as guides to and from the mouth of Exploits River.

Grassy Island, which is situated in the passage between Point of Bay and the southern end of Thwart Island, is a tiny island that presents a danger to vessels. A Notice to Mariners published in 1911 announced the establishment of the upgraded Grassy Island Light:

The fixed white lens-lantern light heretofore exhibited on Grassy Island, off Bay Point, Bay of Exploits, northeast coast of Newfoundland, has been replaced by a dioptric 8th order light having the same characteristic.

The new light is exhibited from an octagonal wooden tower, painted white.

The 1921 census shows that Joseph Jones was keeper of the lighthouse on Grassy Island that year.

Grassy Island Light first appeared as being unwatched on the annual List of Lights in 1932. An automatic light was likely installed at this time, as the characteristic of the light changed from fixed white to a white flash every two seconds.

The white, octagonal, wooden tower was in use on Grassy Island through at least 1960. In 2021, a square, skeletal tower, with a red-and-white square daymark, was displaying a flashing red light with a period of four seconds on Grassy Island.

For a larger map of Grassy Island Lighthouse, click the lighthouse in the above map.

Grassy Island can be viewed from the small marina at Point of Bay on Highway 352.